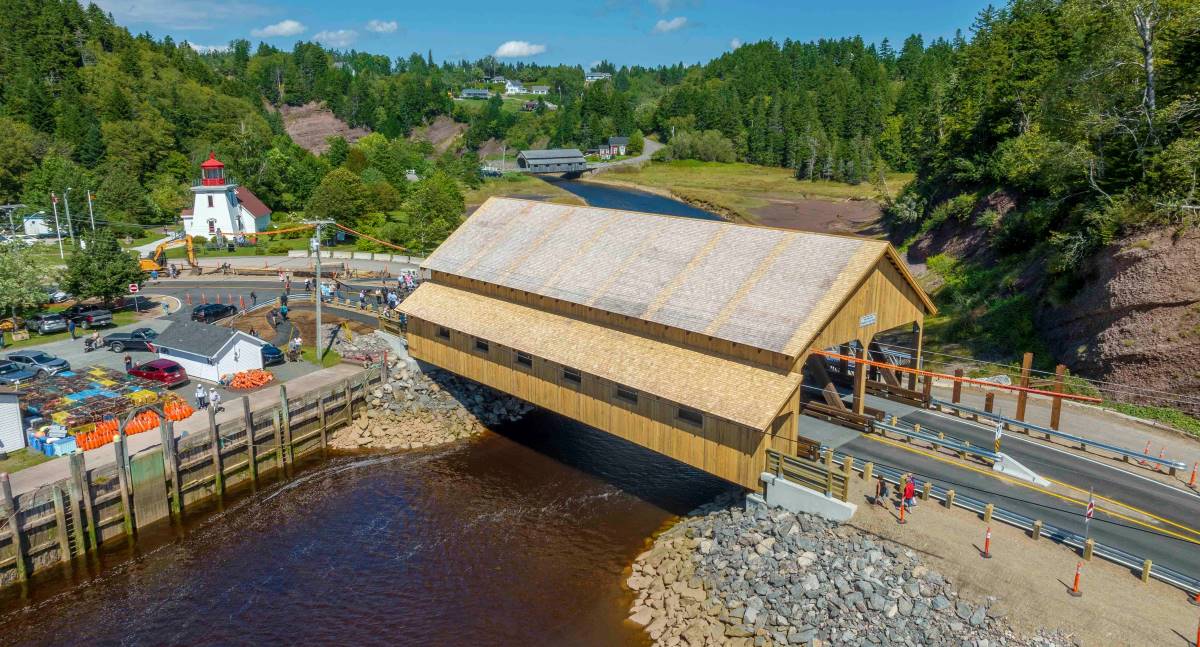 “This is an exciting day for the community of St. Martins, the Fundy region and the province,” said Transportation and Infrastructure Minister Jill Green. “As the first provincially managed covered bridge built in New Brunswick since 1951, the Vaughan Creek Covered Bridge provides an important transportation link, all while paying tribute to the history and heritage of covered bridges.”

The original bridge was built in 1935 and served as the primary link between St. Martins and what is now the Fundy Trail Parkway. It was closed in June 2017 due to deterioration.

Construction on the new structure, which is on the same alignment as the original bridge, began last year. The new covered bridge is 32 metres long, with two lanes and a pedestrian walkway to resemble the traditional style of New Brunswick’s covered bridges. The design also takes into account today’s operational needs and can accommodate larger vehicles and buses.

“Today’s announcement builds on our government’s commitment to strengthen the province’s economy and provide residents in rural communities with infrastructure that benefits them in their daily lives,” said Saint John-Rothesay MP Wayne Long. “The reopening of the Vaughan Creek Bridge is great news for the community and will provide improved and reliable transportation infrastructure for both vehicles and pedestrians. We are proud to work alongside the Village of St. Martins and the government of New Brunswick on this exciting project and celebrate its opening today.”

The bridge abutments are made of cast-in-place concrete, and the bottom of the bridge was elevated to accommodate potential flooding. The bridge superstructure is made of single-span wooden timbers that have been pressure-treated to help prevent rot and provide a service life of about 75 years.

The main façade is made of the same materials as the original bridge: hemlock and cedar from Norton. Part of the original façade was salvaged and donated to the Village of St. Martins.