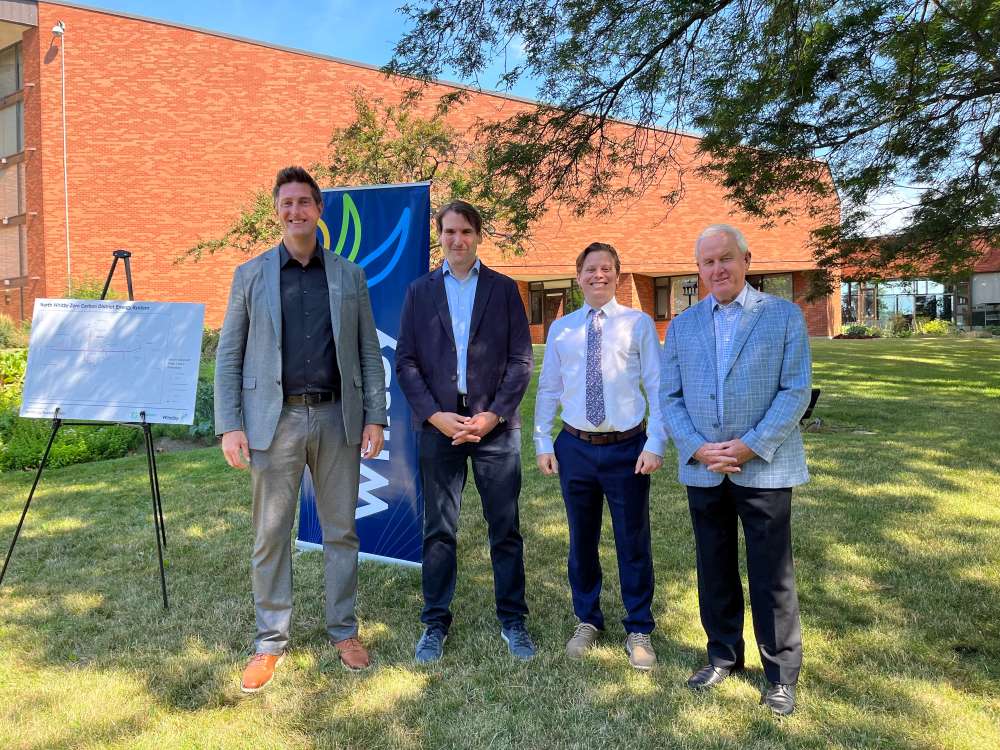 Natural Resources Canada and the Federation of Canadian Municipalities (FCM) announced a $44,250 investment through the Green Municipal Fund for a feasibility study to pursue a large-scale geothermal district heating project in Whitby.

The feasibility study will analyze the economic and environmental impacts of a geothermal district energy system. It will also outline the challenges with geothermal energy and examine ways of enabling large-scale sustainability projects in Whitby to make them more viable in the future.

This geothermal system will be integrated into the construction of the Sports Complex, with further buildings added to the system as the land is developed. The system can be up to 90 percent more efficient than externally generated electricity and is very reliable compared to other low-carbon energy sources.

“Whitby is helping lead the fight against climate change, and the federal government is here to support us. I am pleased to announce support for a feasibility study for the use of clean, geothermal heating for the Whitby Sports Complex. This is an example of clean innovation and energy efficiency. Congratulations to all those involved,” said Ryan Turnbull, MP for Whitby.

The Green Municipal Fund, administered by the Federation of Canadian Municipalities, is funded through an endowment by the Government of Canada. GMF helps local governments switch to sustainable practices faster. Its unique mix of funding, resources and training gives municipalities the tools they need to build resiliency and reduce greenhouse gas emissions.

“Municipalities are on the front lines of climate change and climate action, and communities of all sizes are showing climate leadership at a time when we need it most. The Green Municipal Fund empowers them to get results on the ground,” said Rory Nisan, FCM board of directors member and Municipal councillor, Halton Region.

“Building a more sustainable future is vital to our community,” said Whitby Mayor Don Mitchell. “This funding enabled the Town to complete a feasibility study for a new District Energy System in North Whitby. I’m also pleased to announce that the Town has partnered with Elexicon Group on this important initiative. Implementing this new district energy system will reduce greenhouse gas emissions by 96 per cent compared to a business-as-usual model, while providing heating and cooling to the future Whitby Sports Complex, as well as surrounding commercial and industrial development.”

Added Elexicon Group CEO Craig Ballard: “We’re thrilled about this District Energy project and the positive long-term impact it will have, both through reducing carbon emissions and in supporting economic growth. The Town of Whitby are demonstrating their leadership in the field of sustainability and have been fantastic partners to work with.”