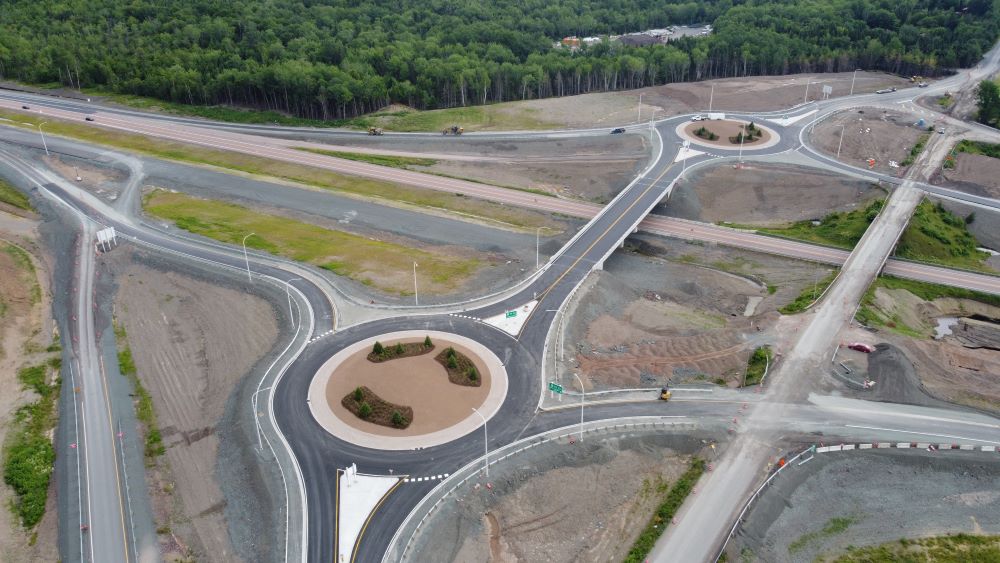 The Government of Nova Scotia announced its Five-Year Highway Improvement Plan that will see about $450 million invested in 2023-24 in roadwork and major projects already underway. The Province is also committing $583 million for six new major construction projects, to be constructed between 2025 and 2030.

“This is one of the largest highway infrastructure investments to date,” said Public Works Minister Kim Masland. “This investment will not only make our highways and bridges safer, it will also enable the road-building industry time to plan and prepare for these major investments.”

The new major construction projects are:

Eight major construction projects will continue in 2023-24 with a focus on twinning portions of highways 101, 103, 104 and Highway 107’s four-lane Sackville-Bedford-Burnside Connector.

The Province has doubled its investment in the Gravel Road Capital program to $40 million from $20 million, and the Bridge Program, to $60 million from $30 million.

The plan also includes access improvements for 100-series highways that are not being twinned. That work involves improving intersections and adding passing lanes, turning lanes and roundabouts.

Quebec invests more than $1B to maintain and improve Montreal road...