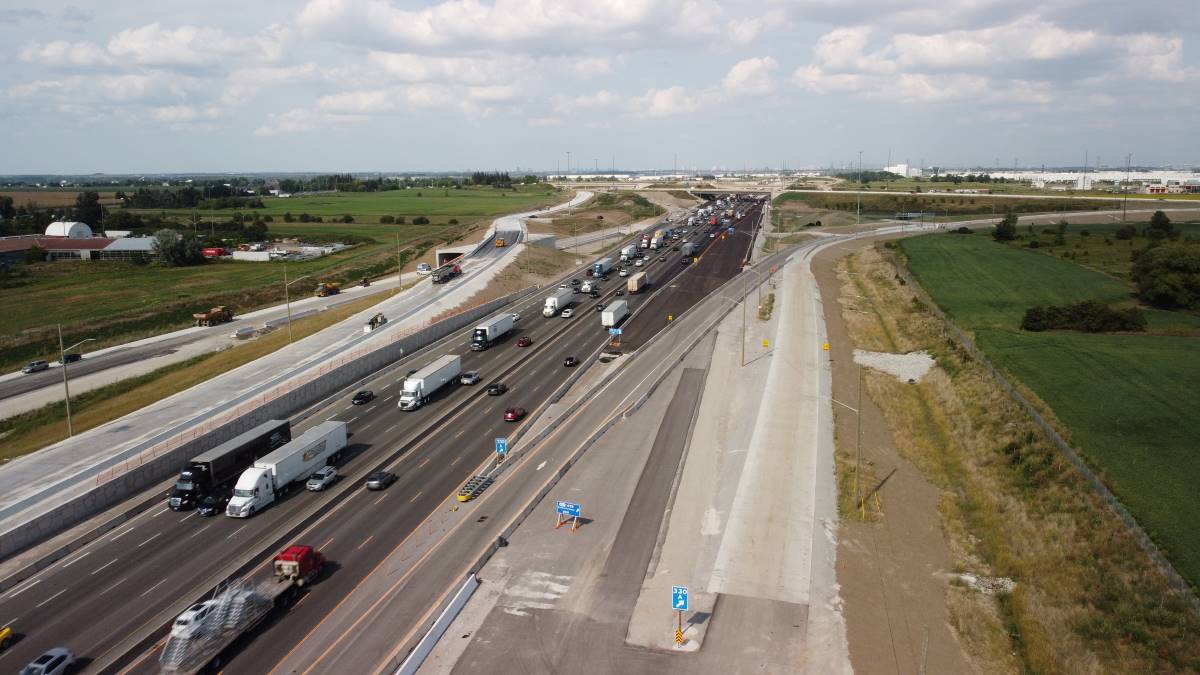 The Ontario government announced Highway 401 has been expanded with 18 kilometres of new lanes from Mississauga to Milton.

“Highway 401 is the busiest and most congested highway in North America with approximately 180,000 vehicles on average per weekday from Credit River in Mississauga to Regional Road 25 in Milton,” said Caroline Mulroney, Minister of Transportation. “Widening Highway 401 is another step forward in our government’s plan to build Ontario with investments in our transportation system to reduce gridlock, improve economic productivity and get drivers home to their loved ones faster.”

The new lanes double or nearly double the previous six-lane Highway 401 and include:

Expanding Highway 401 and adding HOV lanes in the Mississauga and Milton area are among the more than 100 actions identified in the government’s Connecting the GGH: A Transportation Plan for the Greater Golden Horseshoe. This plan will address gridlock, create more prosperous communities, and support the rapid population growth expected for the region.