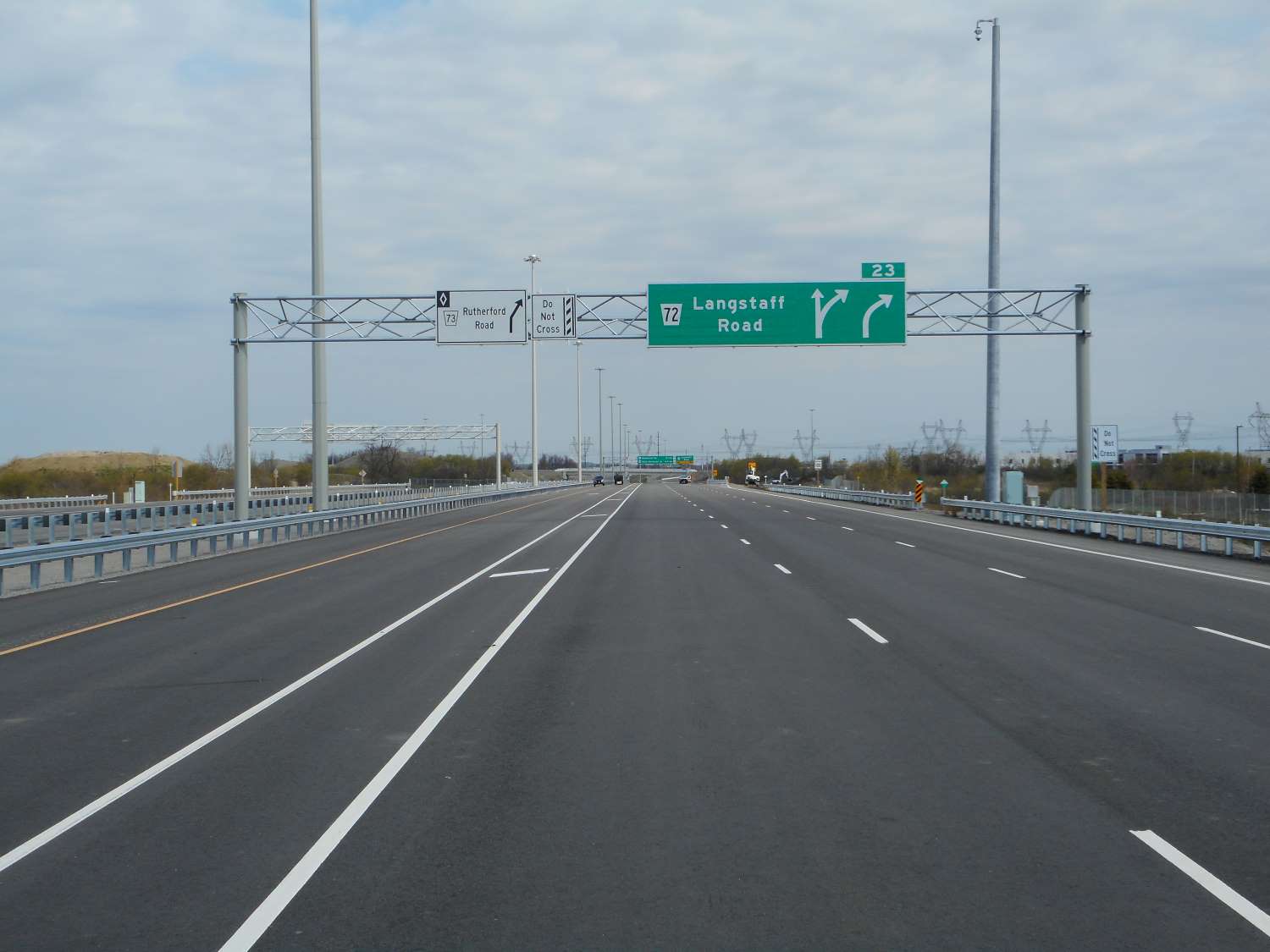 Months after it was reported there were legal issues surrounding the opening of the Highway 427 extension in Vaughan, officials have announced the new 6.6-kilometre section will open Sept. 18.

“I am pleased to announce the new and widened sections of Highway 427 will be open to the public on September 18,” said Caroline Mulroney, Minister of Transportation. “As part of our vision for the Greater Golden Horseshoe, our government is investing in highway infrastructure to address congestion and keep up with the growing needs of Ontarians.”

The expansion of Highway 427, which serves as a heavily-used commuter route to the City of Vaughan and neighbouring communities, is expected to save commuters up to 25 minutes of total travel time for a two-way trip during peak periods compared to driving along parallel municipal roadways.

A four-kilometre segment has also been widened to eight lanes from Finch Avenue to Highway 7 along with an upgraded full interchange at Highway 7.

“The Highway 427 expansion will greatly benefit the people of Vaughan-Woodbridge. Not only will it help take vehicles causing crippling gridlock off our local roads, but it will also make our community safer while reducing travel times for commuters and commercial vehicles,” said Michael Tibollo, MPP for Vaughan – Woodbridge. “Most of all, it means the creation of new opportunities like we have never seen before.”

“We are proud to have delivered this important piece of transportation infrastructure that will serve people travelling through and around the GTA,” said Michael Lindsay, president and CEO of Infrastructure Ontario.

The province worked with Infrastructure Ontario on the expansion using their public-private partnership (P3) delivery model. LINK 427 won the contract to design, build, finance and maintain the project.