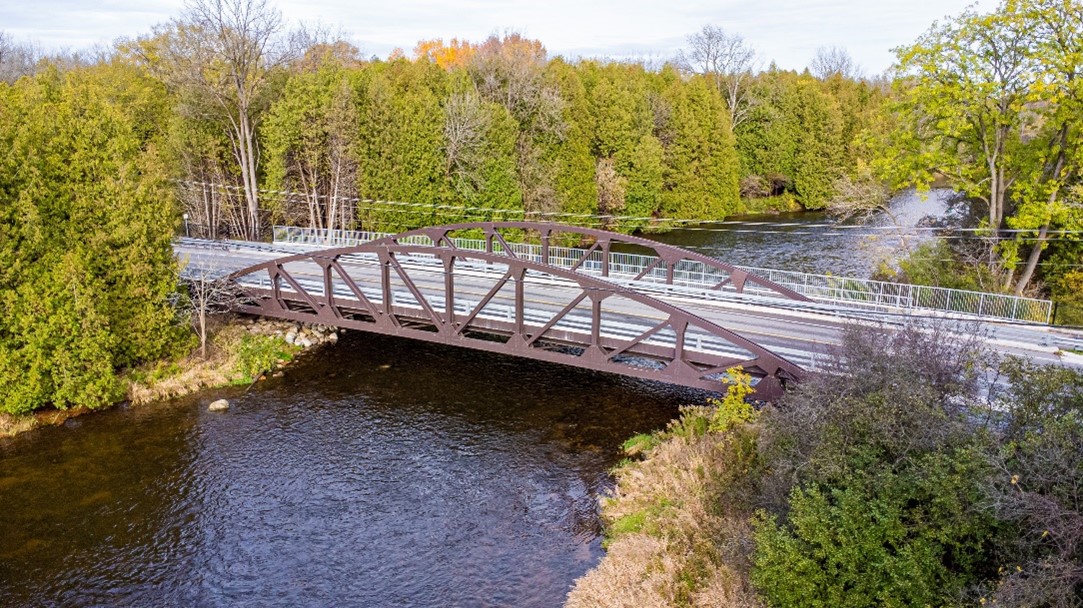 The City of Guelph was recognized with three Ontario Public Works Association (OPWA) awards, including two for Project of the Year. The awards promote excellence in the management and administration of public works projects in five categories and recognize the collaboration between the managing agency/municipality, the consultant/architect/engineer, and the contractor who work together to complete public works projects.

The City was honoured with awards for:

“I want to congratulate all the staff, volunteers, community members, consultants and contractors who worked together to deliver these exceptional projects,” says Jayne Holmes, deputy chief administrative officer of Infrastructure, Development, and Enterprise. “We are honoured to be recognized for working together on creative solutions that protect and preserve Guelph’s unique history and cultural heritage.”

About the winning projects

The original bridge crossing the Speed River collapsed in 1974. That bridge was replaced by a Bailey bridge, loaned from the Ontario Ministry of Transportation, as a temporary connection.

Bailey bridges were originally created for military use in the Second World War. The wood and steel bridge parts were light weight and easy to assemble in different configurations on the battle field. Each piece, known as a Bailey panel, could then be taken apart and moved elsewhere. At the end of the war, the Ontario Ministry of Transportation collected old panels for municipalities to use as needed, and is where the Niska Road Bailey bridge came from.

By 2017, the Bailey bridge’s condition had deteriorated and need to be replaced. The bridge was closed and removed by the Canadian Armed Forces as part of a training exercise. A new bridge was built with two-lanes and safe pedestrian and cycling access, traffic calming features and vehicle size restrictions. The new bridge was designed to be compatible with the cultural heritage landscape, incorporates architectural elements of the Bailey bridge, and maintains the landscape views the Bailey bridge afforded.

In November 2020, the City, local train restorers and contractors moved the locomotive, which weighs 222,260 kilos (490,000 pounds) or two times the size of a blue whale, to a new location. The locomotive was lifted by a crane onto a trailer, driven over the tracks and moved onto an arterial road where it moved slowly through an intersection before ending at its final destination in John Galt Park. Despite the challenges of size, safety and the ongoing pandemic, the move was successful and is celebrated today for making a historically-significant artifact more accessible to residents and visitors and animating a public place.

Locomotive 6167 was built in 1940 and used by Canadian National Railways (CN) for passenger and freight service. CN presented 6167 to the City in 1967 in honour of Canada’s centennial. In 2002, City Council established the Locomotive 6167 Restoration Committee, made up of railway enthusiasts and City staff. Their mission was to restore 6167 as a display for everyone to enjoy. The restoration was complete in 2014 and Locomotive 6167 became part of the Guelph Museums collection.

Conservation efforts focused on preserving elements of the Italianate architectural style and restoring the scale and grandeur of the space by removing a mezzanine level added in the 1970s to expose the cathedral ceilings. The conservation and adaptive reuse of the building now provides vibrant and fully accessible administrative space for City staff.