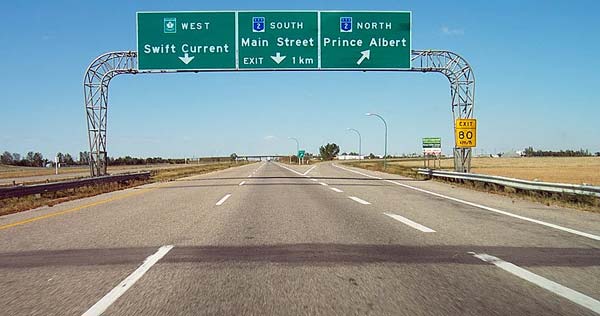 The Government of Saskatchewan is beginning construction work on two overpasses on one of the province’s busiest highways.

Regina-based Graham Construction has begun work on the $18 million project on Highway 1 over the CP Rail tracks about five kilometres east of Swift Current.

“This is a very significant investment for Swift Current and all of southwest Saskatchewan given the importance of the Highway 1 to our area,” said Swift Current MLA Everett Hindley, on behalf of Highways Minister Fred Bradshaw.  “Highway 1 is a key part of the transportation network that keeps our goods moving to other markets and helps our residents get where they need to go as quickly and safely as possible.”

The overpasses see approximately 6,000 vehicles each day.  Because construction can only be carried out on one bridge at a time, drivers may experience minor delays.  When one bridge is under construction, all traffic will cross over to the other.  Wide loads will be detoured around the construction zone.

The Government of Saskatchewan is working to meet its target of improving more than 1,000 km of provincial highways this year, the first of its 10-year Growth Plan goal to build and upgrade 10,000 km of highways.  Another $300 million in highways stimulus funds is being invested over the two years in thin-membrane surface upgrades, passing lanes and improvements to municipal roads and airports.

The provincial government has invested more than $9.8 billion in highways infrastructure since 2008, improving more than 15,800 km of Saskatchewan highways.

Saskatchewan overpasses completed ahead of schedule