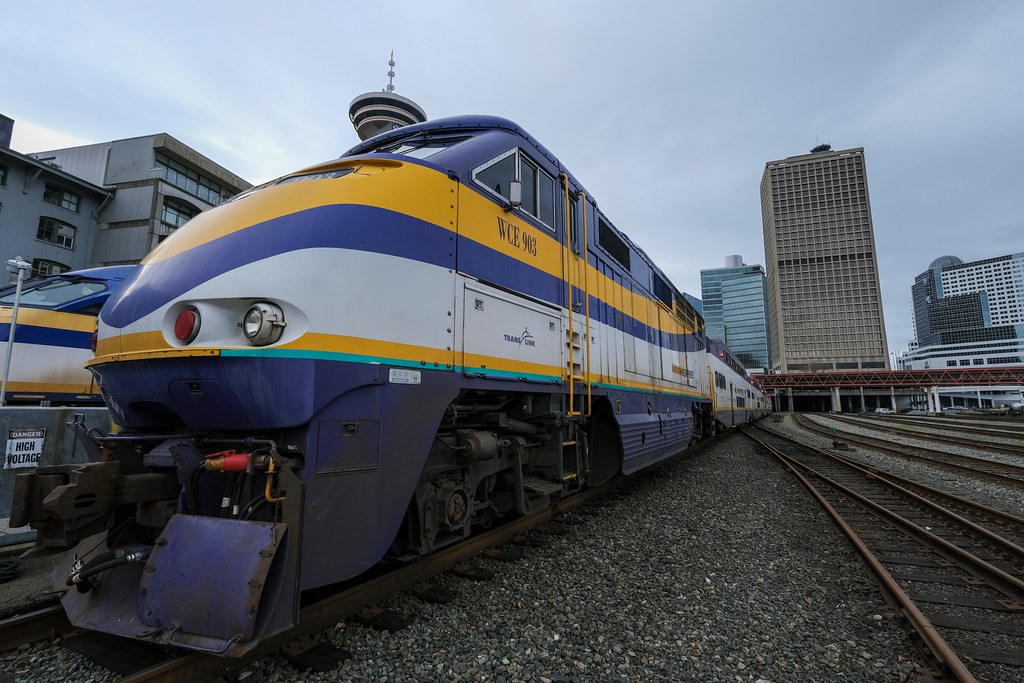 The governments of Canada and British Columbia have announced funding for the refurbishment of seven West Coast Express locomotives.

The project includes refurbishing the engines of six of the seven locomotives to extend their lifespan by a projected 15 years. In addition, all head end power units, which provide heat and lighting to the passenger cars, will be replaced to reduce emissions, improve energy efficiency and allow operation of longer trains.

“The West Coast Express is an important transit line for the people of B.C. Federal funding will help to reduce, reuse and recycle by refurbishing older locomotives to give them a new lease on life,” said Catherine McKenna, federal Minister of Infrastructure and Communities.

“Cutting emissions from the transportation sector is vital to meeting Canada’s climate goals, and the Government of Canada’s support for cleaner, more climate-resilient rail options will play a significant role. Canada’s infrastructure plan invests in thousands of projects, creates jobs across the country and builds cleaner, more inclusive communities.”

To ensure there is no disruption in service, locomotives will be refurbished one at a time, with each locomotive tested, commissioned and returned to service before work starts on the next locomotive.

“We’re committed to building B.C. back better by continuing to invest in transportation projects that create jobs, give people more options to get to where they need to go and help get people out of their cars and onto public, low-carbon commuter trains,” said Rob Fleming, B.C.’s Minister of Transportation and Infrastructure.

“Our government is committed to supporting cleaner public transportation for all British Columbians to use affordably and conveniently,” said George Heyman, B.C.’s Minister of Environment and Minister responsible for TransLink. “The measures we’re announcing today will enhance and refurbish an important commuter route for people with increased energy efficiency, greater emissions reductions, new heating and lighting systems, and an increased lifespan to provide reliable transportation years to come.”

West Coast Express is a commuter rail service that runs 68 kilometres between Mission and Vancouver. Prior to COVID-19, up to 11,000 people used the commuter service every day.

Featured image from Government of B.C.