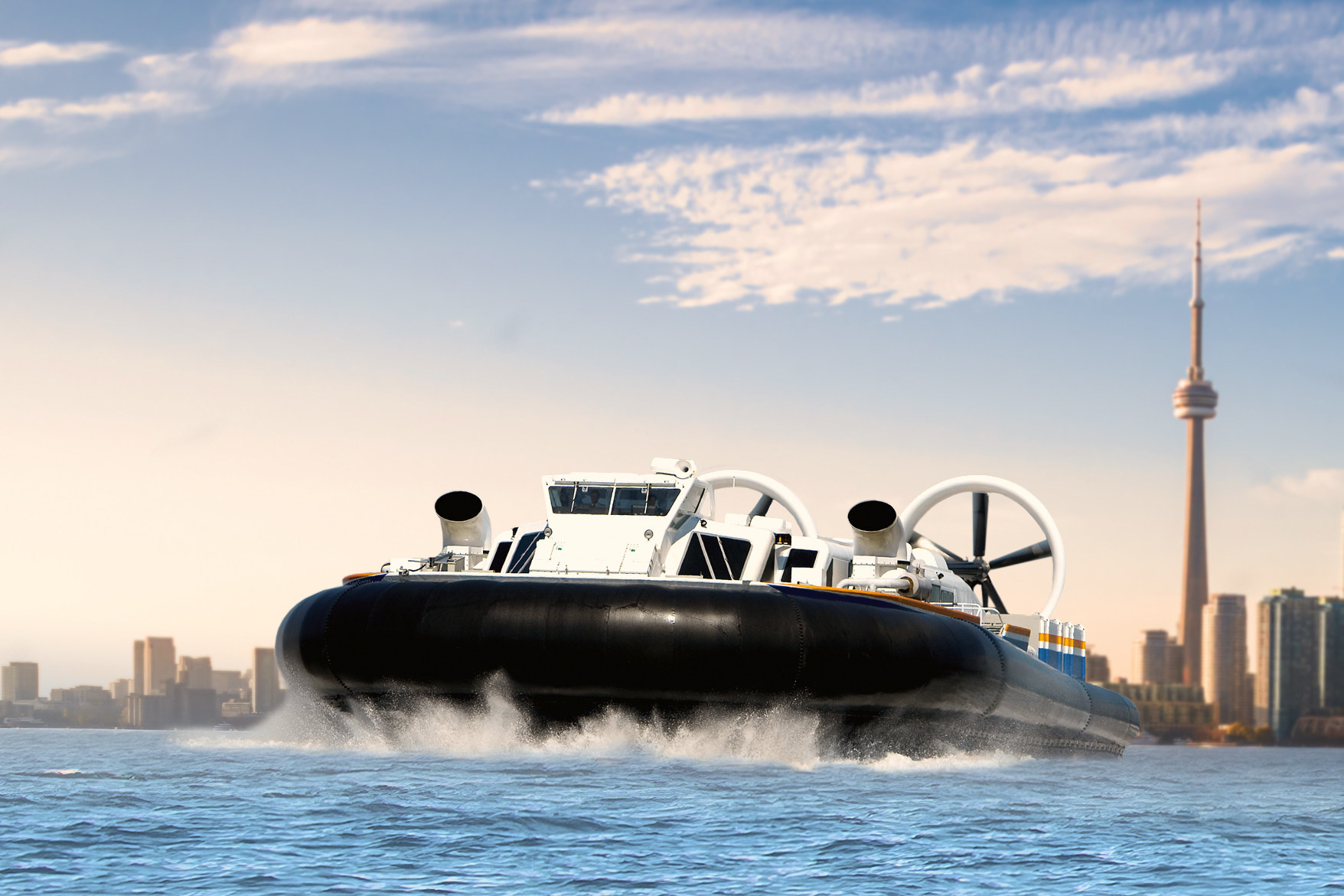 Hoverlink Ontario Inc. announced it will be launching its rapid transit route between Toronto and the Niagara Region in summer 2023. The first of its kind in North America, this large-scale hovercraft service will move passengers across Lake Ontario in only 30 minutes.

Hoverlink said it has approvals in place to land its hovercrafts at Ontario Place in Toronto and Port Weller in St. Catharines, travelling across Lake Ontario in 30 minutes, 365 days a year, with up to 48 lake crossings per day. Each craft holds up to 180 passengers in a comfortable, climate-controlled cabin.

“Toronto and Niagara Region are about to get a whole lot closer. We cannot wait to finally provide a fast, reliable and sustainable transportation solution that connects tourists and commuters in only 30 minutes. There is already an incredible amount of interest in the project, and we look forward to speaking with more people in the weeks and months ahead.” said Chris Morgan, founder and CEO of Hoverlink Ontario Inc.

With the capacity to serve more than three million passengers per year, the service will provide a direct link between two of Ontario’s most significant economic and tourist regions. It will also reduce greenhouse gas emissions by removing thousands of vehicles from the QEW every day.

According to Hoverlink, it hovercraft design allows for surprisingly quiet crafts, with a noise decibel level lower than a standard dishwasher – resulting in no direct impact to sensitive marine life above and below the water’s surface, as well as no disturbance to residents and businesses along the waterfront.

Hoverlink’s high-speed hovercrafts can travel across land, ice and water, in virtually all-weather conditions and temperatures. Similar crafts have been relied upon for decades by the U.S. and Canadian militaries and Coast Guards. Their extremely low-emission Tier 3 engines reduce 98% of airborne toxins. The crafts “hover” on a cushion of air above the water (hence the name “hovercraft”), so they leave virtually no wake or wash, and unlike traditional boats and ferries, they cause no harm to shorelines and protection efforts along Lake Ontario.

To ensure the service’s feasibility and success, Hoverlink has worked with all levels of government and consulted with over 300 stakeholders throughout the Golden Horseshoe area. After more than 10 years of due diligence, Hoverlink is excited to have reached the final stages of launching its service and changing the game for tourists and commuters alike.

“December is months away, yet today we officially announce a gift to families across the Golden Horseshoe. Hoverlink’s hovercraft service will unite families to sporting events, theatre, concerts, adult gaming and one of the natural wonders of the world in 30 minutes. Hoverlink is changing the game, it is phenomenal!” said Michael “Pinball” Clemons, Board of Directors, Hoverlink Ontario Inc.