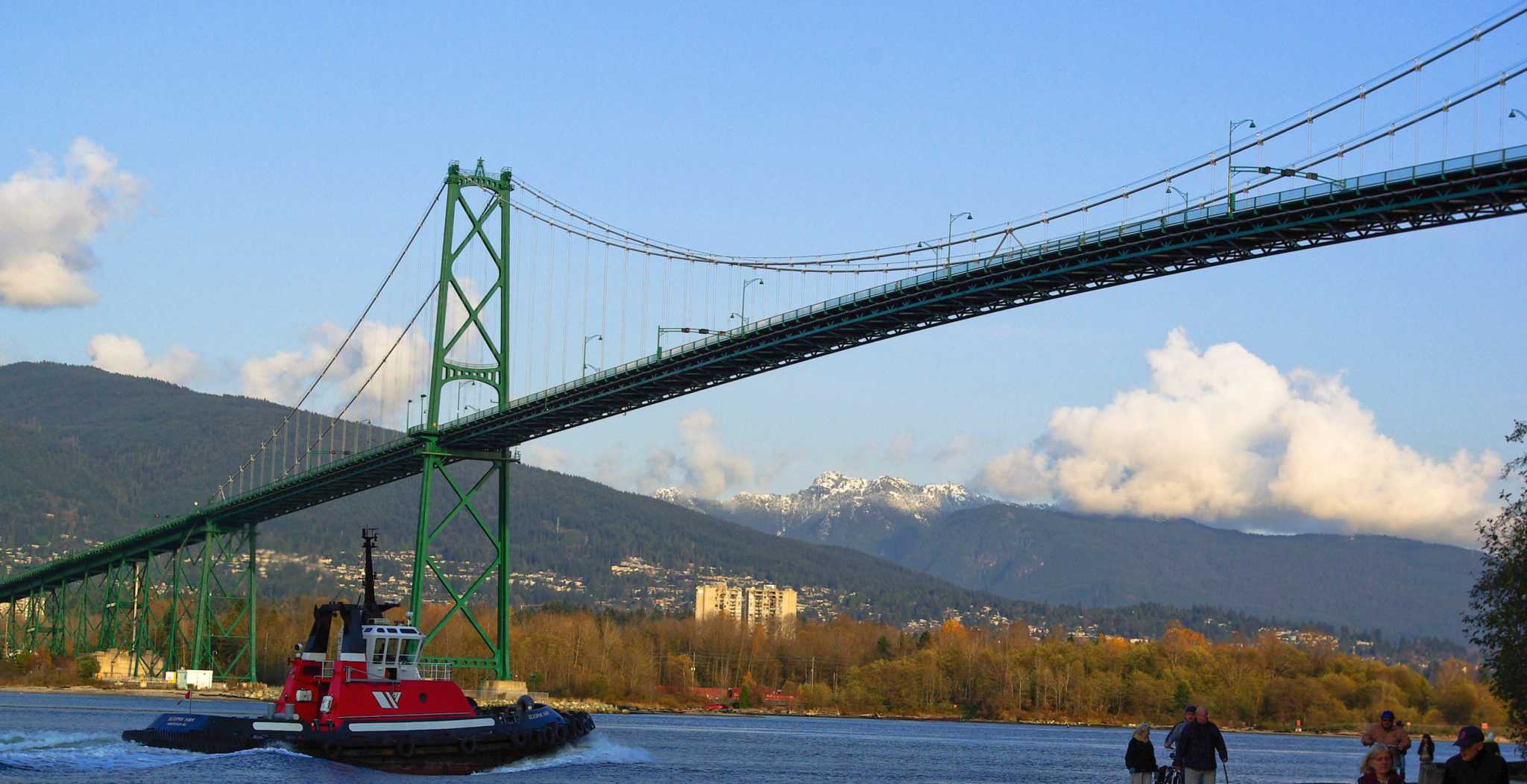 The Ministry of Transportation and Infrastructure in British Columbia is moving forward with retrofit designs to further strengthen the Lions Gate and Ironworkers Memorial bridges.

Changes in vessels operating in the Burrard Inlet, and updates to the national bridge design code, prompted the ministry to review both bridges against the code in spring 2015. The review included consultation with the Vancouver Fraser Port Authority, the Pacific Pilotage Authority, BC Coast Pilots, and the Transportation Safety Board of Canada.

The study identified tangible measures the ministry is now pursuing to bring both bridges up to the more stringent Class 1 criteria, to further strengthen their resilience in the unlikely event of a vessel impact:

Design work is underway for an interim truss fender on the Ironworkers Memorial Bridge. A Request for Qualifications (RFQ) has been issued on BC Bid to undertake functional design work, and lead stakeholder consultation to move forward on the measures above.

The Lions Gate and Ironworkers Memorial bridges, built to the standards of the day, have operated safely since opening in 1938 and 1960, respectively. The ministry conducts regular inspections on both bridges, and a number of safety upgrades have been done over the years, including extensive seismic upgrades.

In 2017, 142 million tonnes of cargo moved through the port, valued at $200 billion. One-third of the value of Canada’s trade in goods outside of North America moves through the Port of Vancouver, including consumer products, food, grain, automobiles, lumber and other natural resources.

Ontario to resume assessment of the GTA West Corridor