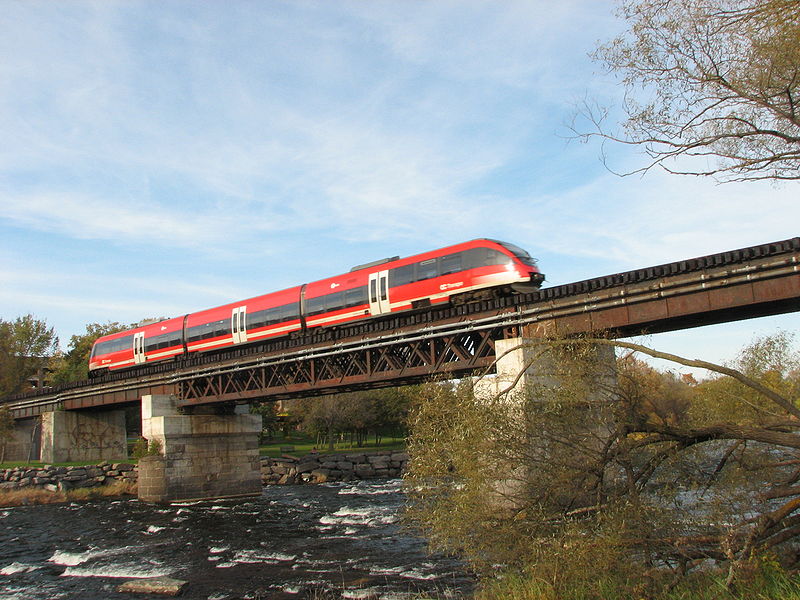 SNC-Lavalin has announced that its wholly-owned subsidiary TransitNEXT has reached financial close on the Trillium Line Extension project. As the sole proponent in the TransitNEXT team, SNC-Lavalin will design, build, finance, and maintain the new extension, and will also assume responsibility for the long-term maintenance of the existing Trillium Line.

The agreement with the City of Ottawa for the Trillium Line Extension marks the beginning of a fixed-price contract worth $663 million, with SNC-Lavalin providing $136 million in an upfront private deferred contribution. When factored to include the long-term cost to maintain and rehabilitate both the existing Trillium Line and its new extension, the total project is valued at $1.6 billion.

The TransitNEXT team will begin to mobilize on-site and start early investigations and site preparatory work in the coming weeks.

Approximately 12 kilometres of single and double track will be built, extending the Trillium Line from Greenboro Station to a new terminus station west of Limebank Road, as well as a four-kilometre Airport Link, a section of which will be elevated guideway offering connections to the Ottawa Macdonald-Cartier International Airport. The project also includes:

“We are thrilled to have this opportunity to bring to the National Capital our well-established experience in designing and building, as well as operating and maintaining light-rail systems,” said Jonathan Wilkinson, President, Infrastructure, SNC-Lavalin Group Inc. “A truly transformative project for Ottawa’s O-Train system, the Trillium Line Extension will reduce environmental impacts, shorten daily commutes and accelerate economic growth in the Nation’s Capital.”

“The Trillium Line Extension Project is meaningful to us as it is a continuation of our involvement in providing strong, knowledgeable, experienced designers and engineers who contribute to the development of Canada’s National Capital Region,” said Neil Bruce, president and chief executive officer at SNC-Lavalin Group Inc. “It is an opportunity to share with the region our digital design and state of the art project management systems that we’ve used on other similar light rail transit (LRT) projects to enhance our engineering and construction performance and offer a value-added outcome for the end-users.”

Construction will be complete in 2022, with testing, commissioning, and training carried out as segments are complete in order to meet the scheduled in-service date.