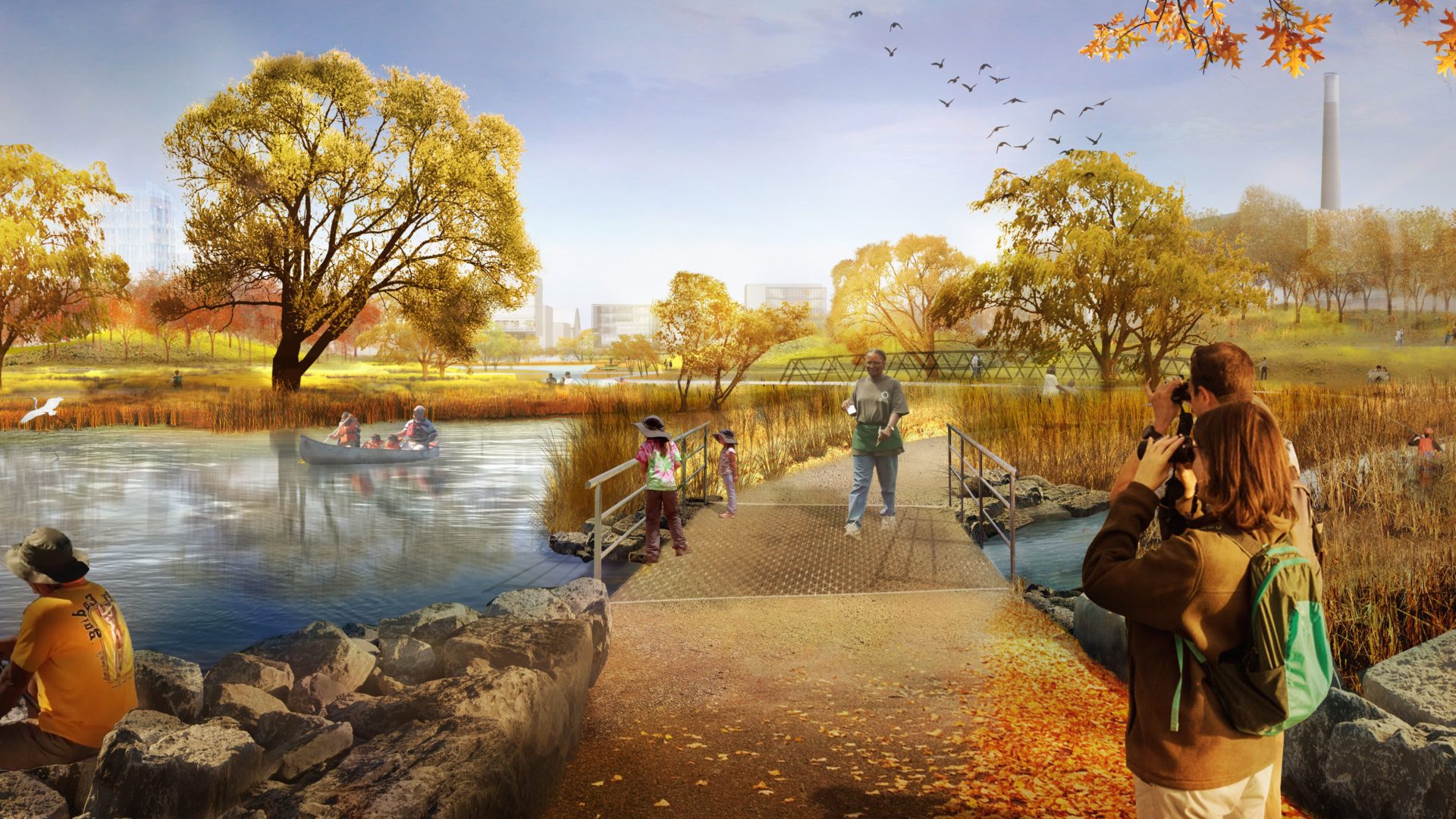 Waterfront Toronto and all three orders of government have taken another step for waterfront revitalization in Toronto by breaking ground on a new river valley as part of the Port Lands Flood Protection project.

This winter, Waterfront Toronto will start excavation on a kilometre-long river valley, a natural spillway and new mouth for the Don River. Along with other critical infrastructure to protect the area against flooding, this work will create the foundation for a future island community on the waterfront. Once developed, Villiers Island will provide homes to thousands of people and economic opportunities to thousands more.

“Protecting the Port Lands from flooding means that Toronto is that much closer to having beautiful, sustainable and prosperous communities along the waterfront,” said Minister of Infrastructure and Communities François-Philippe Champagne. “This is a very exciting time for the city, and the Government of Canada is committed to working with our partners to build vibrant sustainable communities. We are now well on our way to building a new neighbourhood that will provide well-paying jobs and economic growth, and a great place to work, live and play.”

Flood protection in the Port Lands means that 290 hectares, or more than one third of Toronto’s waterfront, will be unlocked for revitalization. This next phase of waterfront revitalization will not only bring thousands of new residents and jobs, but will also provide more access to the waterfront for everyone and create a destination where people can experience the natural wonder of the waterfront.