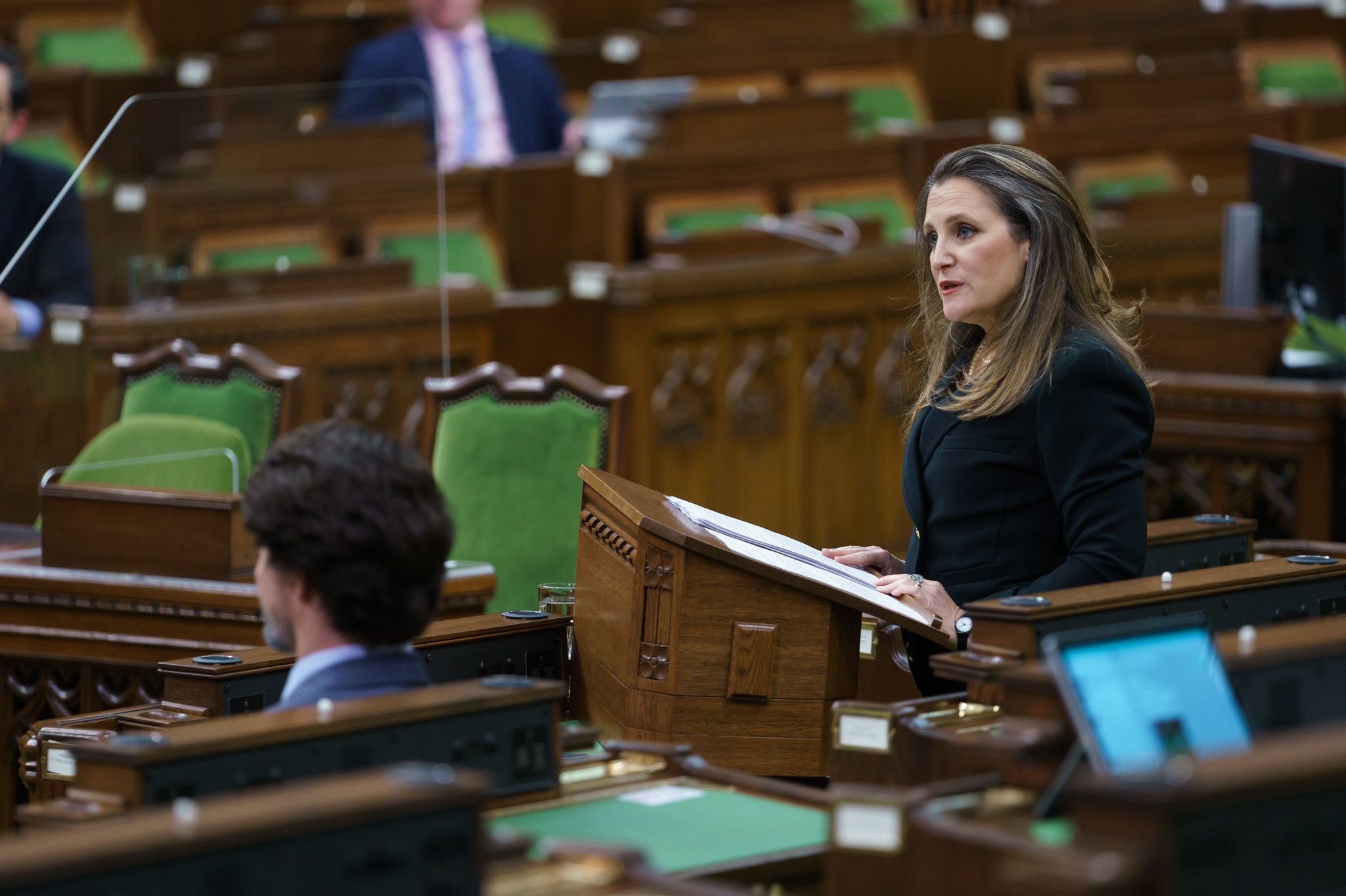 Yesterday Deputy Prime Minister and Minister of Finance, Chrystia Freeland, released Budget 2021: A Recovery Plan for Jobs, Growth, and Resilience, the Government of Canada’s plan to finish the fight against COVID-19 and support a robust and resilient economic recovery.

“This budget is about finishing the fight against COVID-19,” said Freeland.  “It’s about healing the wounds left by the COVID-19 recession. And it’s about creating more jobs and prosperity for Canadians in the days—and decades—to come.”

Budget 2021 is an historic investment to address the COVID-19 recession and ensure that Canada’s future will be healthier, more equitable, greener, and more prosperous. According to Freeland, the budget aims to “build a more resilient Canada: better, more fair, more prosperous, and more innovative.”

“That means investing in Canada’s green transition and the green jobs that go with it; in Canada’s digital transformation and Canadian innovation; and in building infrastructure for a dynamic, growing country,” explained Freeland.

Budget 2021 includes $101.4 billion over three years in proposed investments as part of the Government of Canada’s growth plan that will create quality jobs and support a resilient and inclusive recovery.

Key measures for infrastructure spending include:

Budget 2021 a prudent plan that sets out a new fiscal anchor that is committed to reducing the federal debt as a share of the economy over the medium-term and unwinding COVID-19-related deficits.

Garth Frizzell, president of the Federation of Canadian Municipalities (FCM), weighed in with the following statement: “Together with other recent federal commitments including to local infrastructure and transit this budget features measures that strengthen the municipal toolbox for recovery.”

However, organizations such as the Residential and Civil Construction Alliance of Ontario (RCCAO) give mixed reviews of the federal budget. While the RCCAO is pleased that the federal budget proposes substantial funds for rehabilitation of stormwater systems, it is disappointed there is no new money on the table to help municipalities with the cost of state-of-good-repair projects. Investments made to date in municipal infrastructure, including $2.2 billion proposed under Bill C-25, have been characterized by the government as a “down payment.” RCCAO and its members were looking for the balance of the funds to be announced yesterday.

“When critical stormwater infrastructure is unable to cope, it can cause billions of dollars in property and environmental damage, so we are happy to see the budget will provide $1.4 billion over 12 years through the Disaster Mitigation and Adaptation Fund to rehabilitate those systems,” says Nadia Todorova, executive director of RCCAO. “However, a Safe Restart Agreement 2.0 or other funding mechanism is also needed to provide municipalities with financial assistance that will help them weather budget shortfalls caused by COVID-19. Without funding, these projects won’t proceed.”

ReNew Canada returns to cleanups and other volunteer efforts