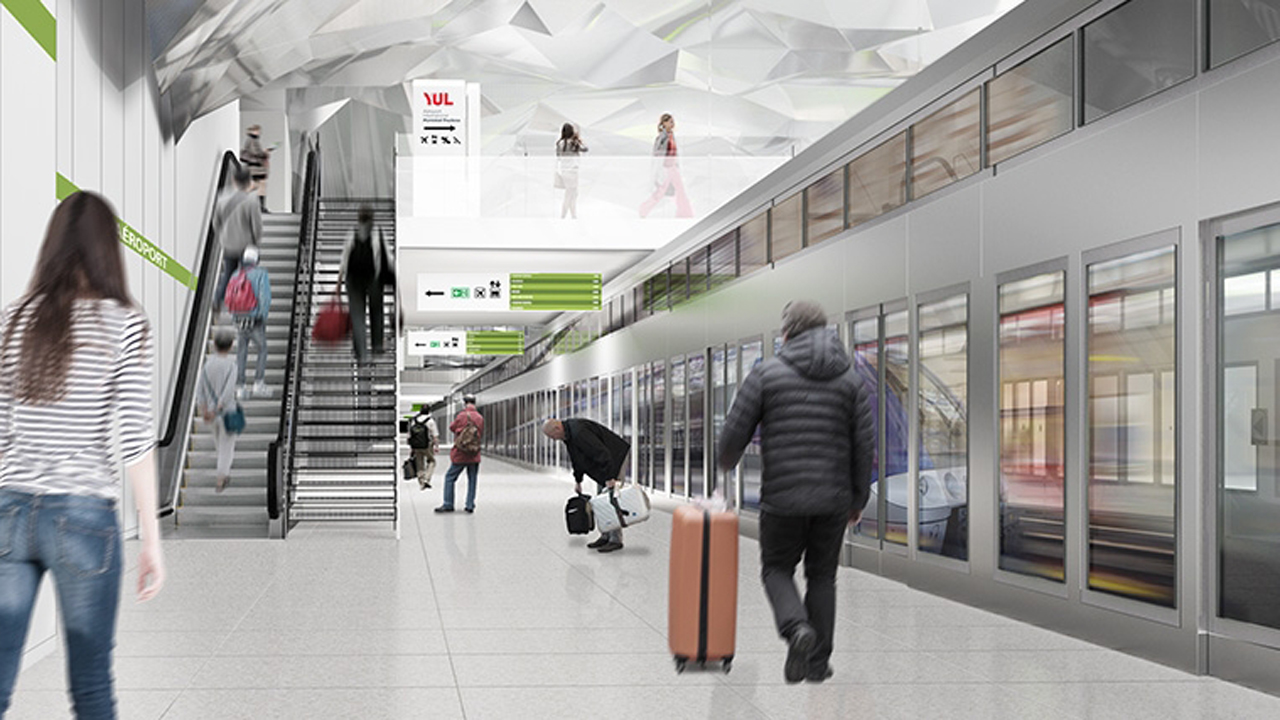 The governments of Quebec and Ottawa have reached a $600-million deal to fund a link connecting the Montreal-Trudeau International Airport to the city’s new light rail system.

The construction of the Réseau express métropolitain (REM) station at the Montréal-Trudeau International Airport will help reduce traffic congestion and improve accessibility and connectivity to the airport by offering an environmentally sustainable link between downtown Montréal and the airport.

“As Canada looks ahead to economic recovery, transportation and tourism will be vital while we build back better. Our government clearly stated its commitment to ensuring that critical infrastructure projects at Canadian airports was a priority,” said federal Minister of Transport Omar Alghabra. “The funding announced today will ensure that Montrealers and all Canadians benefit from an efficient and green connectivity to the Montréal-Trudeau International Airport.”

According to Chantal Rouleau, Minister for Transport and Minister responsible for the Metropolis and the Montréal Region, in the context of the pandemic, which had a major impact on airports, the contribution of the Government of Quebec and the other financial partners, is essential.

“Montréal, just like any other big city, should have its own intermodal mass transit network. This station and the rest of the REM roll-out clearly represents the strong links of public transportation system in the greater Montréal region. This is why we believe that a direct access to the passenger terminal through the REM, and therefore the construction of this station, is crucial.”

“For Aéroports de Montréal, it was unimaginable to pass up on a project that will provide a reliable and sustainable public transit option serving the Montréal–Trudeau International Airport, as is the case in all major cities around the world,” added Philippe Rainville, President and CEO, Aéroports de Montréal. “The airport station is highly strategic for the REM network since it will not only enhance Montréal’s competitiveness but also ensure the attractiveness of the airport for passengers and employees in the community. The REM project is also a structuring project that will benefit the entire Québec community.”