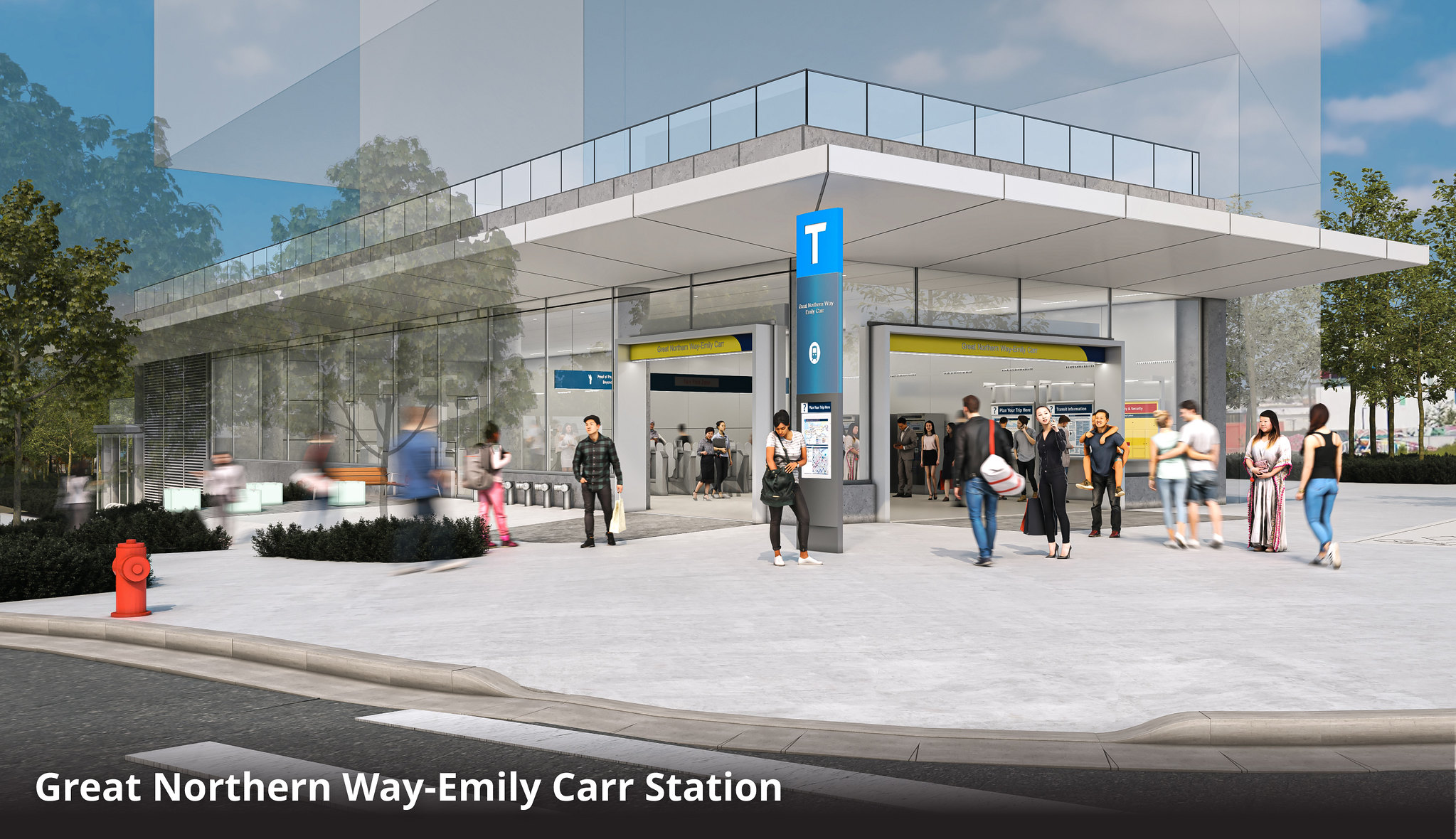 The online open house of the proposed station designs began on April 29, 2021, and runs through May 12. The project team is asking for input on the above-ground station features, including entrances, the adjacent plazas and other street-level aspects of the stations, as part of the station’s design advisory process, developed in collaboration with the City of Vancouver.

The first online open house on station design was held in fall 2020. In response to public participation and feedback from project partners, the station designs have been updated to include:

The Broadway Subway project is a 5.7-kilometre extension of the Millennium Line from VCC‑Clark Station to Broadway and Arbutus, with six new stations. It will provide fast, frequent and convenient SkyTrain service to B.C.’s second-largest jobs centre, world-class health-care services, an emerging innovation and research hub, and growing residential communities.

Once open in 2025, the commute from VCC-Clark to Arbutus Station will take 11 minutes, saving the average transit commuter almost 30 minutes a day and relieving traffic congestion along Broadway.