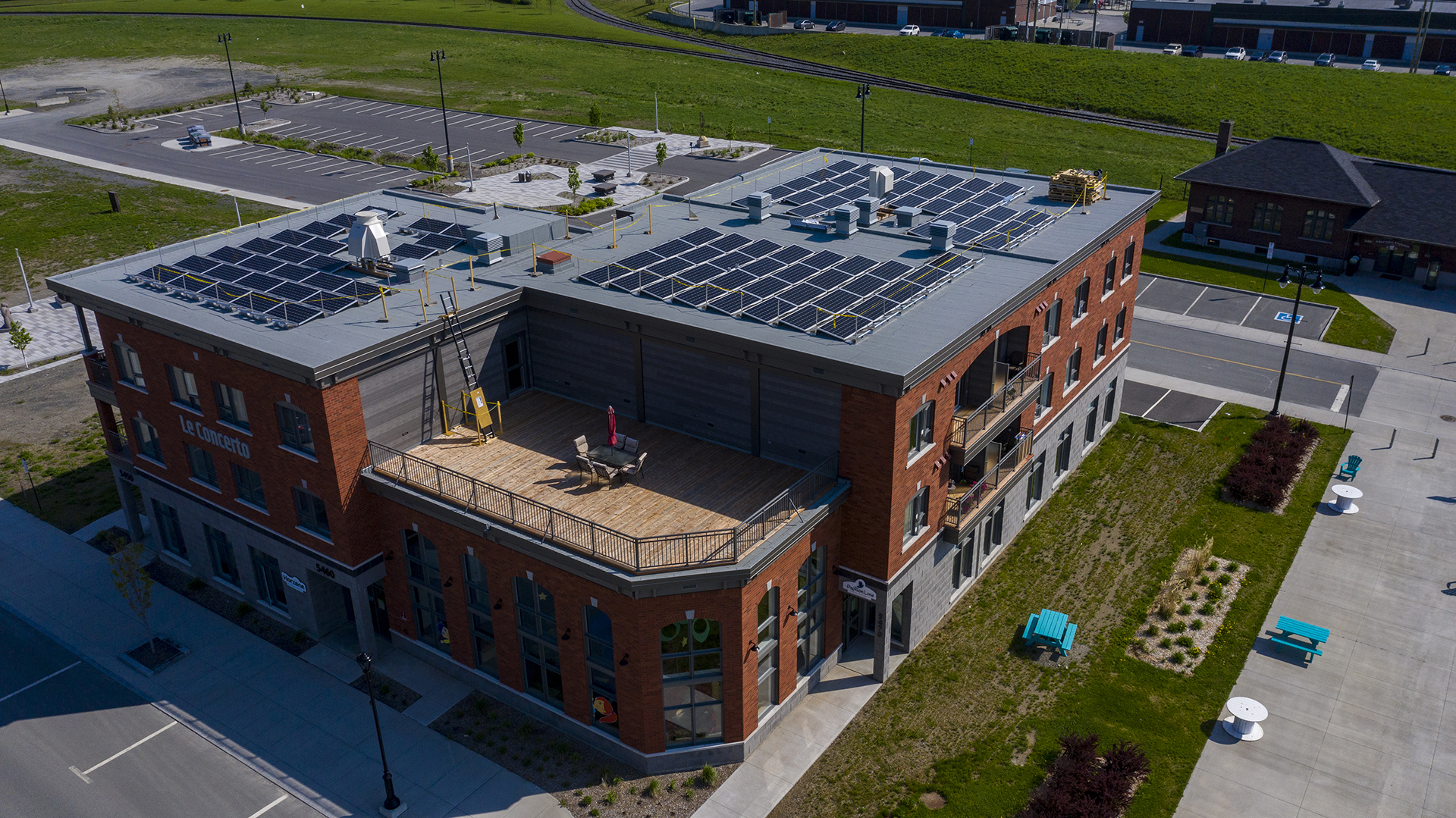 Hydro-Québec and the city of Lac-Mégantic are inaugurating the energy microgrid in Lac-Mégantic’s new downtown.

In the wake of the July 2013 rail disaster, the city of Lac-Mégantic looked to the future and chose to rebuild its central district by positioning itself as a leader in the energy transition. The outcome of a collaborative effort initiated in 2018 by Lac-Mégantic and Hydro-Québec, the microgrid is a living laboratory that brings together leading-edge energy technologies.

“Lac-Mégantic wants to contribute to Québec’s energy transition,” said Julie Morin, Mayor of Lac-Mégantic. “We suffered an unprecedented environmental tragedy caused by factors including fossil fuel use. We had to rebuild better and rebound further. We looked to renewable energies, and innovation quickly emerged as a structuring and inspiring vision for our recovery. We are proud to be taking part in this major technological and social shift.”

“This smart grid project is positioning Lac-Mégantic at the centre of Canada’s transition to a clean energy future,” added Marie-Claude Bibeau, Minister of Agriculture and Agri-Food. “The city is a living laboratory, where new concepts are being tried and new technologies are being tested. The Government of Canada is proud to support this innovative project as it paves the way toward a greener future powered by clean electricity.”

Linked to Hydro-Québec’s main grid, the microgrid is equipped with solar panels installed on six buildings and connected to storage batteries, including an EVLO large-capacity unit. In the case of an outage, the batteries can supply downtown Lac-Mégantic with electricity for several hours. The microgrid can also store the surplus energy it generates and feed it back into Hydro-Québec’s main grid. In addition, smart building components were installed in a number of the downtown’s residential, commercial and institutional buildings so occupants can optimize the impact of the microgrid on their comfort and, ultimately, reduce their energy consumption.

With the microgrid, Hydro-Québec is turning to technologies of the future to attain its objective to decarbonate its off-grid systems, which are not connected to the main grid.

“The deployment of a range of clean and renewable energy solutions within Lac-Mégantic’s new downtown sends a powerful message,” said Sophie Brochu, President and Chief Executive Officer of Hydro-Québec. “Thanks to the openness and cooperation of the citizens of Lac-Mégantic, we as a society will expand our knowledge of these technologies, which we can then implement elsewhere in Québec to reduce GHG emissions.”

The microgrid by the numbers

Featured image: The Le Concerto building, laden with solar panels, is one of 30 attached to the clean-energy microgrid of Lac-Megantic, Que. (Hydro-Québec)