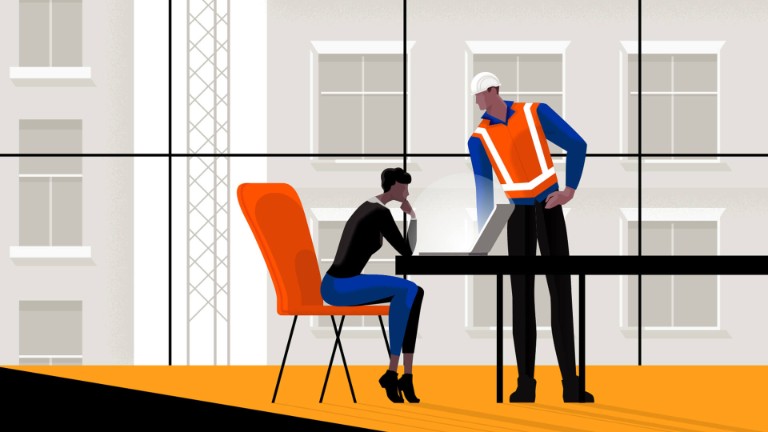 A new survey finds budget and schedule overruns are the norm for more than three-quarters of construction projects, and the adoption of technology can impact performance positively for owners in North America.

The survey, commissioned by Procore Technologies, Inc., a construction management software provider, and conducted in May and June by international research firm IDC, revealed 75 per cent of owners were over planned budgets on their projects, 77 per cent were late, and, on average, projects were 70 days late compared to their original estimates.

The survey revealed that 75% of owners were over planned budgets on their projects, and 77% were late. On average, projects were 70 days late compared to their original estimates.

Per project, owners experienced an average of six changes to the budget and five changes to the schedule, with a 15% average increase in project costs as a result of these changes.

Most projects are late, but some respondents are doing better than others. The survey identified significant differences between high and low performers, based on variance between budget estimate and estimate for day and project completion time. Better on-budget and on-schedule performance often corresponded with embracing integrated technology. Two groups emerged: 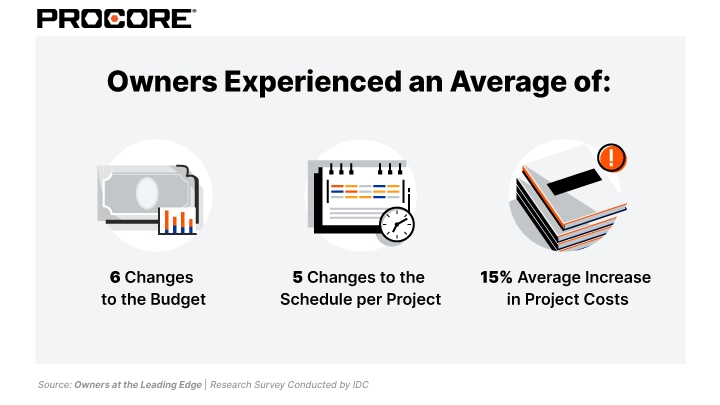 Most respondents are not using specialized construction-specific software instead relying on the kind of fragmented general productivity software used across many industries and offices (85%). The remaining 15% manage construction projects with software tools that are integrated together. As the construction industry continues the rapid innovation seen in recent years, those who adopt integrated industry specific technology solutions will be able to take advantage to get ahead, while the others will be left out/behind.

“The survey shows that project owners can see what needs to be done,” said Warren Shiau, Research Vice President, IDC. “But if the adoption of these technologies is going to be effective, they need to look at modernizing their data, applications and IT infrastructure—or else they won’t be fully able to take advantage of these game changers.”

Parsons awarded contract for the Faro Mine Remediation project