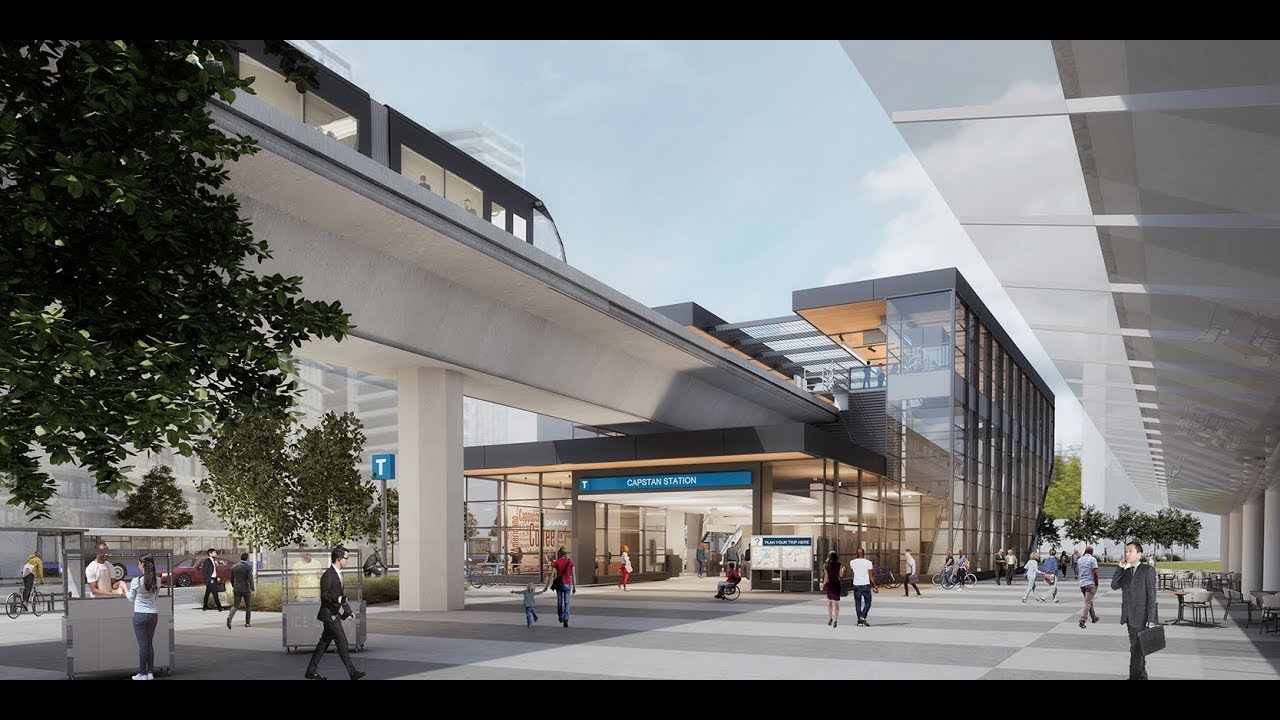 Construction has begun on a new Canada Line SkyTrain station that will help deliver better transit to the City of Richmond and the Capstan Village area. The future Capstan Station will provide efficient and environmentally sustainable rapid transit to a rapidly developing Richmond community.

“Capstan Station will be the cornerstone of making Capstan Village centred around zero-emission, fast, and reliable transit,” says Richmond Mayor Malcolm Brodie. “This growing urban community is projected to bring up to 16,000 new residents to Richmond, and this new transit station will help position our city as an even more attractive place to live.”

The Capstan Station will have these additional features compared to existing Canada Line stations:

“Fast, frequent, reliable, and accessible transit is the best way to build strong communities,” says TransLink CEO Kevin Quinn. “The new Capstan Station will be built right in the heart of a growing community and will help make transit the number one transportation option for so many new and current residents of Capstan Village.”

This $52 million investment is cost-shared primarily by the City of Richmond which raised $32 million from developers through voluntary contributions; and TransLink. Projected to open in 2023, the station will provide easier access to rapid transit between Bridgeport and Aberdeen stations.

Featured image: The $52-million Capstan station, being built between Bridgeport and Aberdeen, is scheduled to be completed in 2023.  (TransLink)