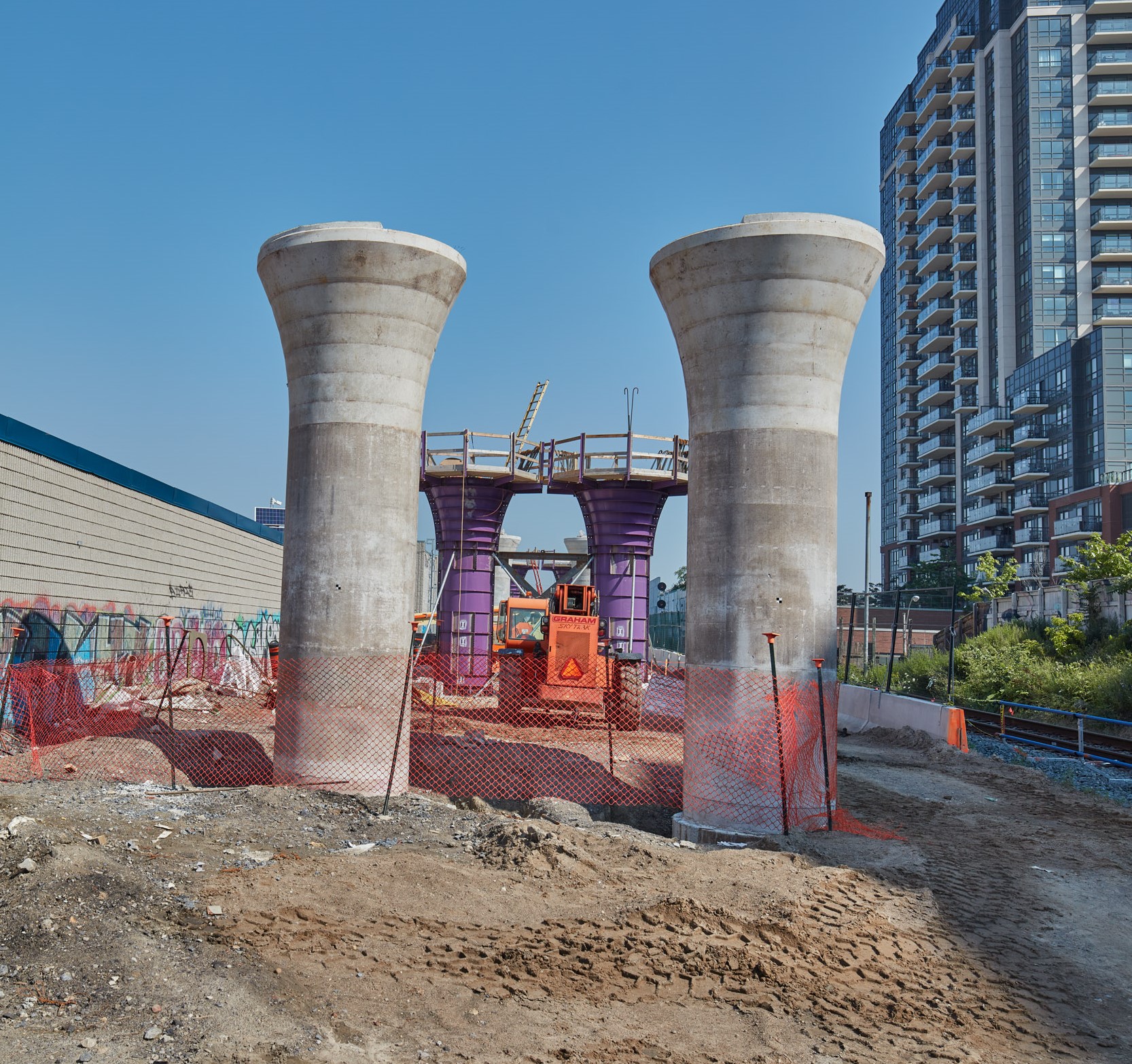 Over the next 10 years, Metrolinx’s GO Expansion program will transform the existing GO rail system to deliver a whole new rapid transit experience by building an integrated transit network across the Greater Toronto and Hamilton region.

GO Expansion means the Barrie Line will ultimately offer frequent, electrified train service in both directions, with trains every 15 minutes or better, as well as access to local transit connections.

Residents around the Barrie GO Line might have noticed some changes and construction notices. Here are some updates from Metrolinx to help explain what’s going on in your community:

To support future two-way, all-day GO service on the Barrie Line, Metrolinx is building an elevated guideway for GO trains to travel above the CP Rail freight train tracks. The two rail lines, Barrie GO and CP Rail, currently meet north of Dupont Street, an intersection known as the Davenport Diamond – and it’s a busy one.

The Davenport Diamond Guideway project includes construction of a new rail grade separation as well as the addition of a second main line track on the Barrie line. The project will also see the replacement of the bridge at Bloor Street West, a new bridge over Wallace Avenue, a pedestrian tunnel at Paton Road and rehabilitation of bridges at Dupont Street and at Davenport Road.

The project spans from Bloor Street West to Davenport Road and significant progress has been made since construction began in April 2020. Here’s what happening on site now and why it’s important:

The Davenport Diamond Guideway project is a critical part of Metrolinx’s GO Expansion program, supporting service reliability on the Barrie GO Line, safety, and connectivity in the community.

On the east side of the rail bridge at the grade separation site, crews are constructing the base slab which will form the foundation of the new Rutherford Road underpass.

Work also continues on the retaining walls, these structures were formed by drilling and pouring concrete piles into the ground before excavation began.

The retaining walls are an important support system as they keep the ground at the sides in place while digging deep into the earth and constructing the new roadway.

Closing this underused station means that new track infrastructure can be built, allowing GO trains to travel northbound and southbound on the Barrie line simultaneously and move freight trains off the GO transit corridor.

New station coming to Barrie line, thanks to SmartTrack program

The SmartTrack program will bring a new station to the Barrie line, meaning that Toronto residents will have one more station closer to where they live, that will help them get around their city.

SmartTrack is transforming Toronto’s heavy rail system into a rapid transit network that will provide more travel options within the city.

The new Bloor-Lansdowne station will be situated on Bloor Street West between St. Helen’s Avenue and the Barrie rail corridor and will feature bike parking and accessible drop off for passengers using paratransit vehicles.

Procurement is currently underway for SmartTrack stations after the City of Toronto and Province of Ontario signed a revised AIP in mid-August.