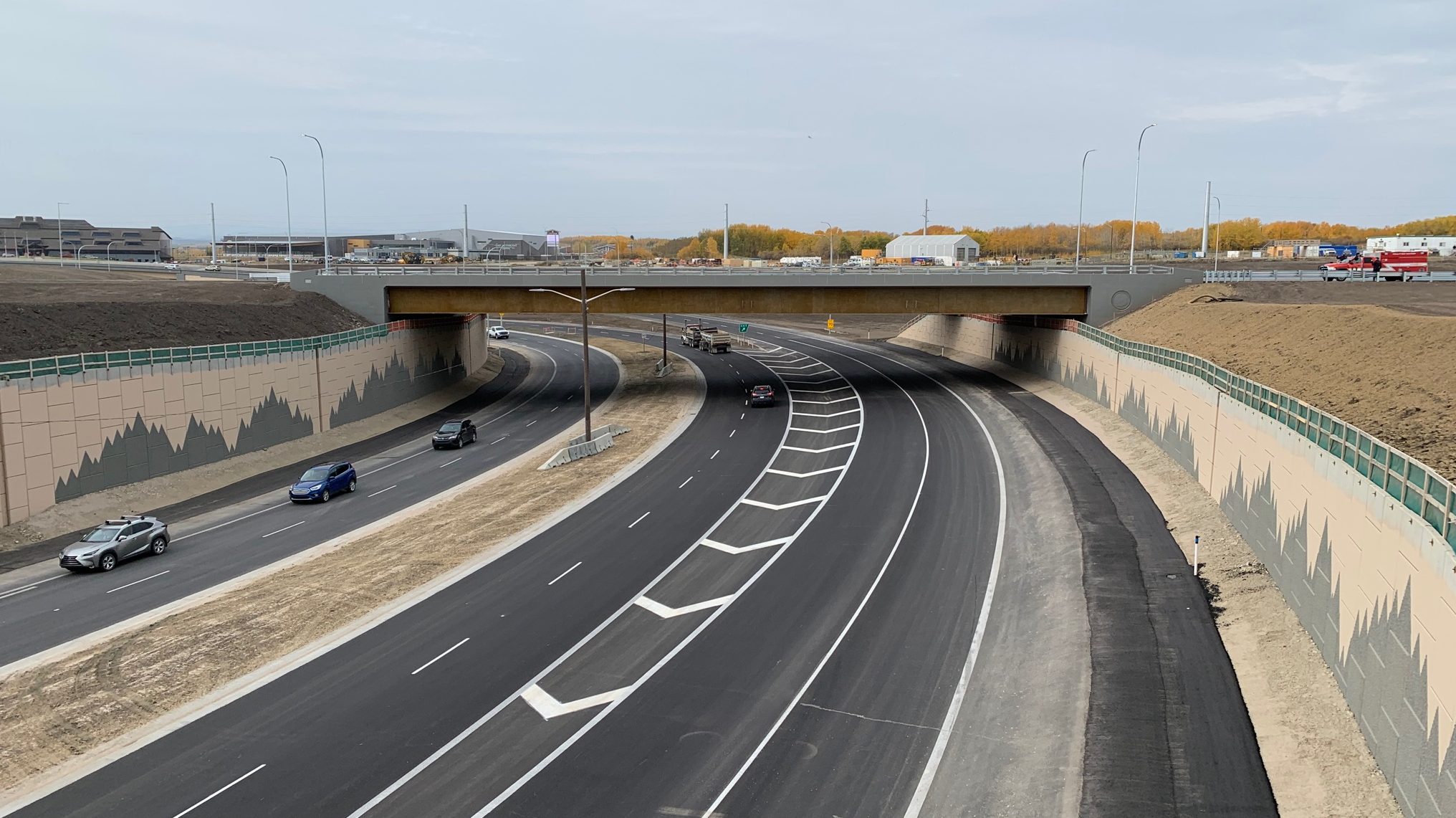 After five years of construction, one of the biggest infrastructure projects in Alberta’s history fully opens to traffic.

The $1.42 billion, 31-kilometre Southwest Calgary Ring Road connects Highway 8 (near the Elbow Springs Golf Club) to Macleod Trail SE and makes up about 20 per cent of the entire Calgary Ring Road.

“Opening this section of the Calgary Ring Road is a major accomplishment,” said Rajan Sawhney, Alberta’s Minister of Transportation. “This route is part of a larger east-west trade corridor that will enhance access to markets in and out of Alberta.”

“The opening of this section of our ring road is an important link for our city’s future growth and transport infrastructure,” added Naheed Nenshi, Mayor of Calgary. “The Southwest now has another connection to provide access for residents and businesses to discover and interact with more communities across Calgary.”

Once complete, the Calgary Ring Road will provide 101 kilometres of free-flow travel supporting economic growth, creating new travel options for parts of the city that have been underserved for decades, and improving market access across the region.