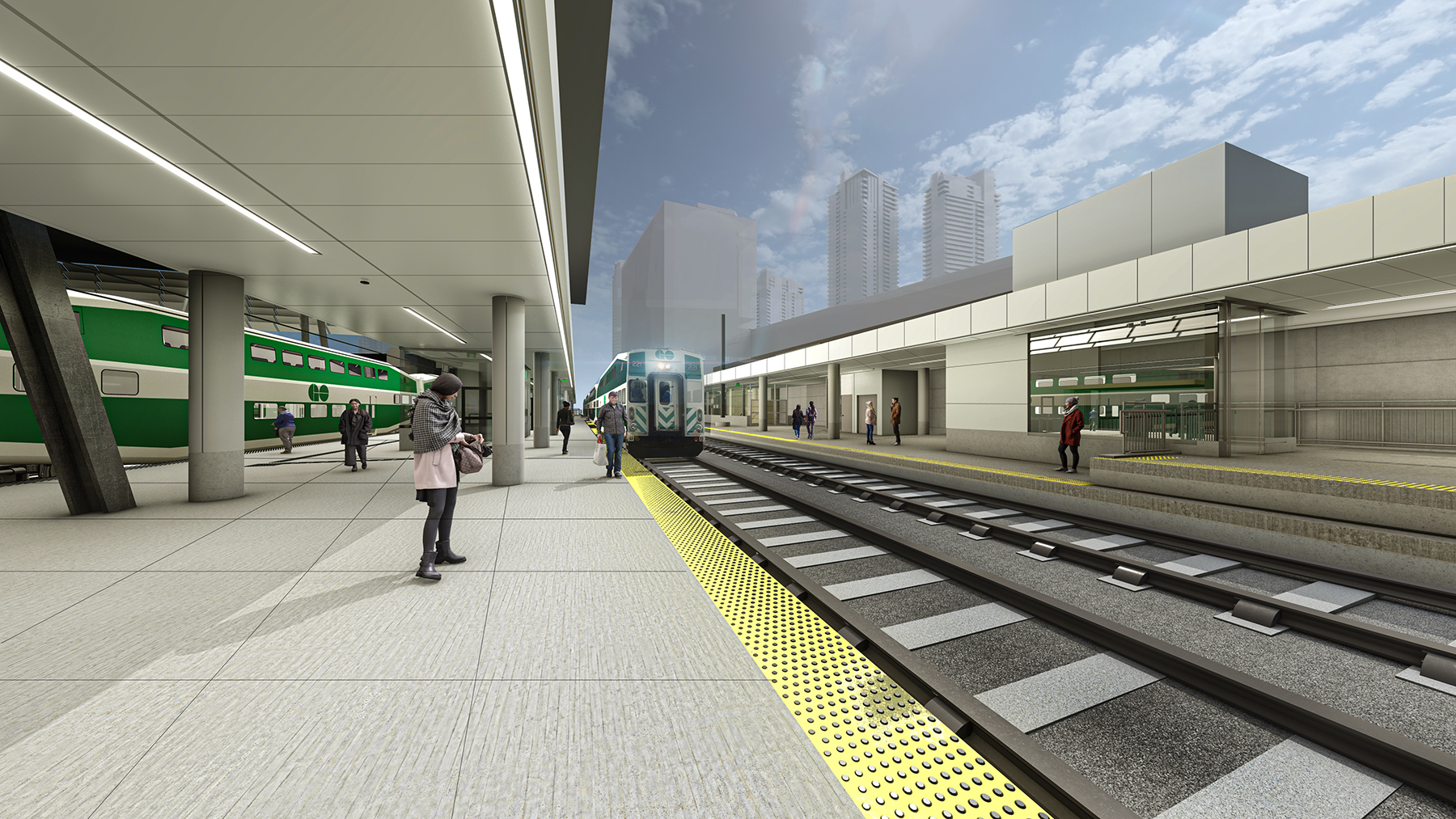 The first step is closing platforms 24 to 27 at Toronto’s main transit hub so work can start on the Union Station Enhancement Project (USEP).

To help fill that capacity, GO trains are now using the newly renovated platform 21, where the construction to convert it to a shared space for VIA Rail and GO Transit customers is complete.

The USEP includes the design and construction of transit infrastructure and upgrades at the southernmost part of Union Station, improving the customer experience and making way for the GO Expansion program.

It took a lot of prep work to get to this point. Since early 2018, Metrolinx has been getting ready for USEP with:

Completion of construction to convert platform 20/21 to a shared space with VIA Rail. Features of which include:

Ensuring Union Station has additional platforms in service is critical because the USEP work will require the closure and demolition of platforms 24/25 and 26/27 while the expansion-enabling construction takes place.

Platform 26/27 – the southernmost platform at Union – was opened in 2009 to provide capacity while various platforms were taken out of service and revitalized during the massive Union Station Revitalization Project (USRP).