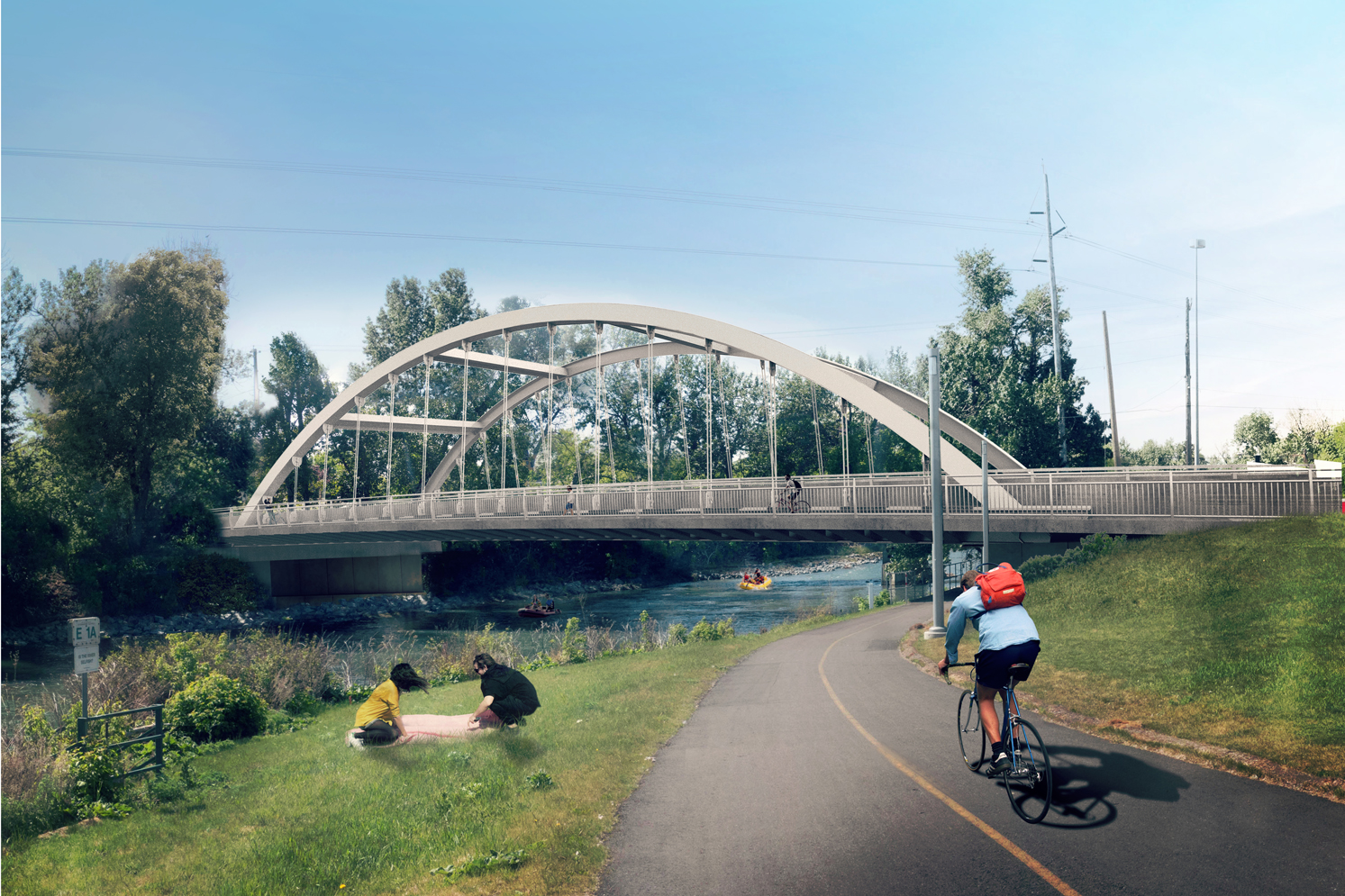 A major milestone for the 9 Avenue S.E. bridge replacement project has been reached, as the new gateway across the Elbow river officially opened for vehicle traffic Feb. 28.

In partnership with the Calgary Municipal Land Corporation (CMLC), the City of Calgary began replacement of the original, 110-year old Inglewood bridge in 2019, as it had reached the end of its lifespan. Drawing inspiration from the original structure, while boasting modern design standards, the new bridge will improve flood resiliency, reduce maintenance costs and enhance cycling and walking connections.

“We know that folks in the community have been eagerly awaiting the new bridge and we are thrilled to be able to now open for drivers,” says project manager Evan Fer. “We thank Calgarians for their patience, and we look forward to our next milestone of welcoming pedestrians and cyclists onto the bridge later this spring.”

The bridge will initially open with one lane in each direction and will provide a similar level of service to the existing temporary bridge, while construction continues over the coming months. The additional lanes will be opened later in spring which will provide improved service for transit and motorists.

With this milestone achieved, work will now focus on preparing the structure’s north and south multi-use pathways to open for cyclists and pedestrians in spring 2022, as well as landscaping the area surrounding the bridge. Existing pedestrian detours will remain in place until the new bridge pathways are complete.

Removal of the temporary bridge, which helped to maintain traffic connections over the Elbow River, will be completed in spring 2022. The west Elbow river pathway will also be reopened later this spring when remaining work is complete.