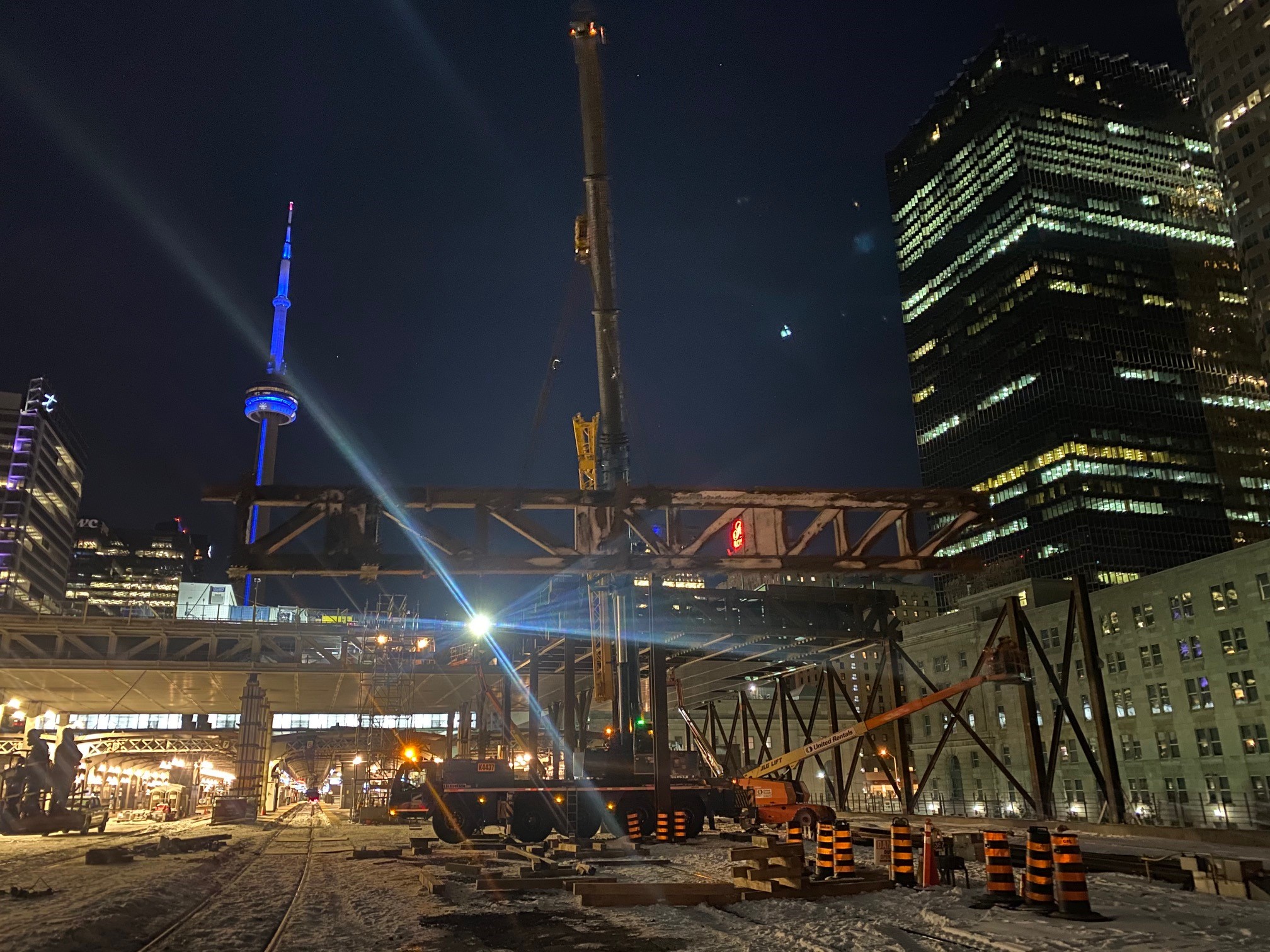 After more than four years of construction, Union Station has completed its renovation, resulting in a more modern, aesthetically pleasing, and innovative station. The improvement works of this bus station, one of the busiest in the world, and the construction of Toronto’s innovative CIBC SQUARE building has proceeded with major partnerships, such as with heavy lifting and transportation company Sarens.

The main work was focused on creating a more modern infrastructure, increasing its capacity and building two towers, which resulted in a unique creation. The bridge that connects the two towers is, without any doubt, a portrait of modern architecture, mixing the classic structure of a hanging bridge with the image and beauty of a park of more than 4,000m2, which the residents already refer to as “mini-Central Park” in honor of the world-famous one in the Big Apple.

On this occasion the Belgian multinational had to work by adapting to passenger traffic, therefore they started working in a night schedule to interfere as little as possible and avoid negatively affecting the lives of pedestrians who walk along Bay Street, where the station is located. In this project Sarens had to install and lift large iron beams weighing a total of 9,434 kg, which support and enable the development of the one-acre flying garden that connects the north and south towers of the station. Thanks to this methodology it has been possible to carry out the project so effectively in just four months.

“The newly renovated Union Station will have an enormously positive impact on the community,” says Lee Rowe, Sarens regional director NAM. In fact, the ending of this architectural ensemble has been a real milestone for Toronto, as it is a real unique construction, representing the first skyway bridge in Toronto and one of the first in Canada.