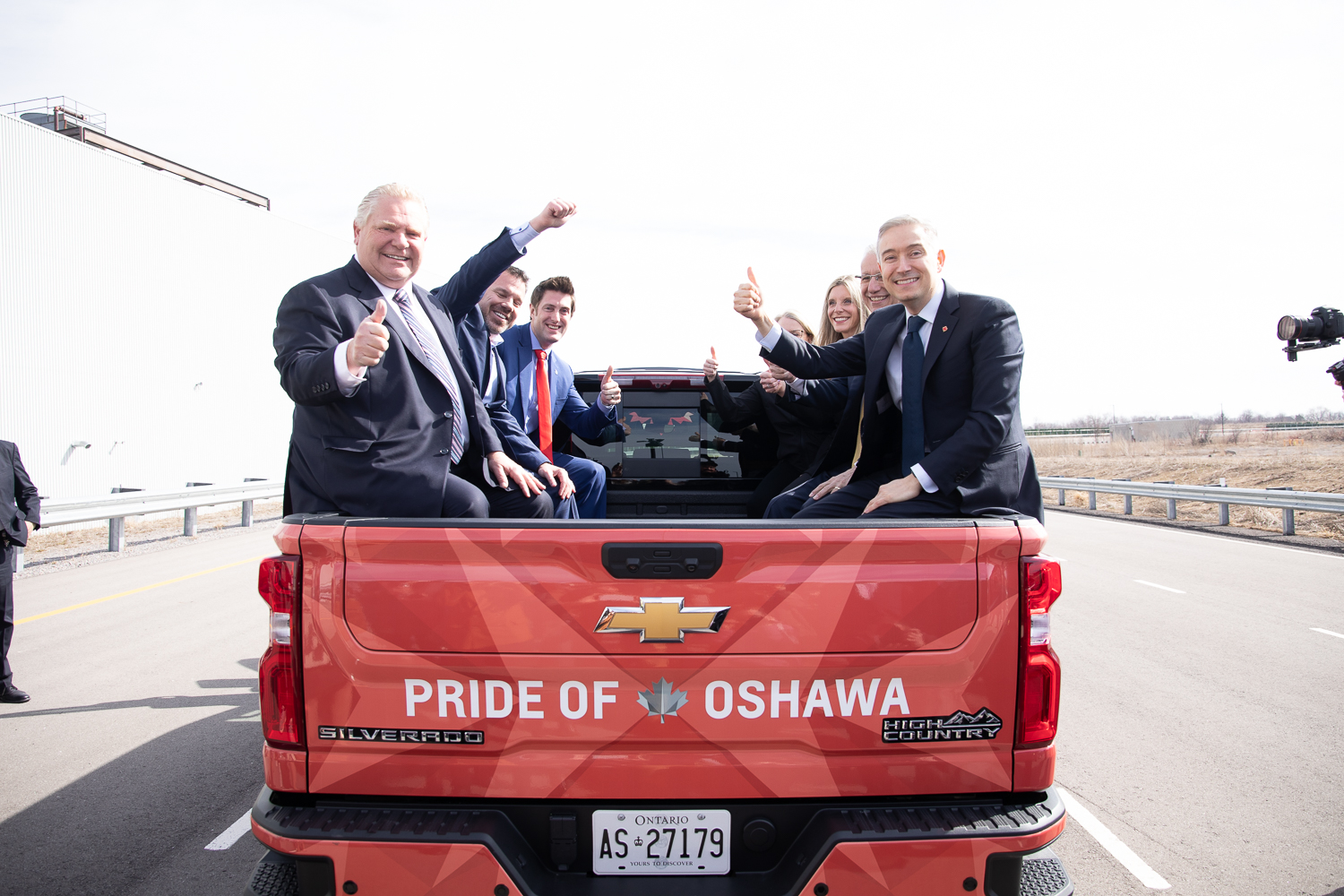 The governments of Canada and Ontario announced a pair of $259 million grants to General Motors of Canada Company to transform the company’s Oshawa and CAMI manufacturing plants, as well as support improvements across all of GM’s manufacturing and R&D facilities in the province.

“Partnerships like these are critical to putting Canada on the cutting edge of the clean economy, creating thousands of new jobs, and making sure that future generations have a clean environment to live in,” said Justin Trudeau, Prime Minister of Canada.

“This vote of confidence by General Motors in Ontario is more proof that by attracting game-changing investments our government is securing our auto sector for the next generation of workers,” said Doug Ford, Premier of Ontario. “This investment will secure 2,600 jobs here in Oshawa and is a huge win for the people of Durham and Ontario’s auto sector.”

The federal government’s investment is being made through both the Strategic Innovation Fund and its Net Zero Accelerator initiative.

“GM’s continued commitment to its facilities in Canada, and its decision to set up the country’s first electric vehicle production facility, highlight how Canada is a world leader in building the vehicles of the future,” said François-Philippe Champagne, Minister of Innovation, Science and Industry.

“Working with our government partners, we have reopened GM’s Oshawa plant, creating thousands of new jobs and recruiting a record number of women in production roles,” said Marissa West, GM Canada president and managing director. “Later this year, our CAMI plant in Ingersoll will begin Canada’s first full-scale electric vehicle manufacturing with BrightDrop. This partnership with the governments of Ontario and Canada is helping GM build a more diverse, innovative and sustainable industry and EV supply chain for the future.”