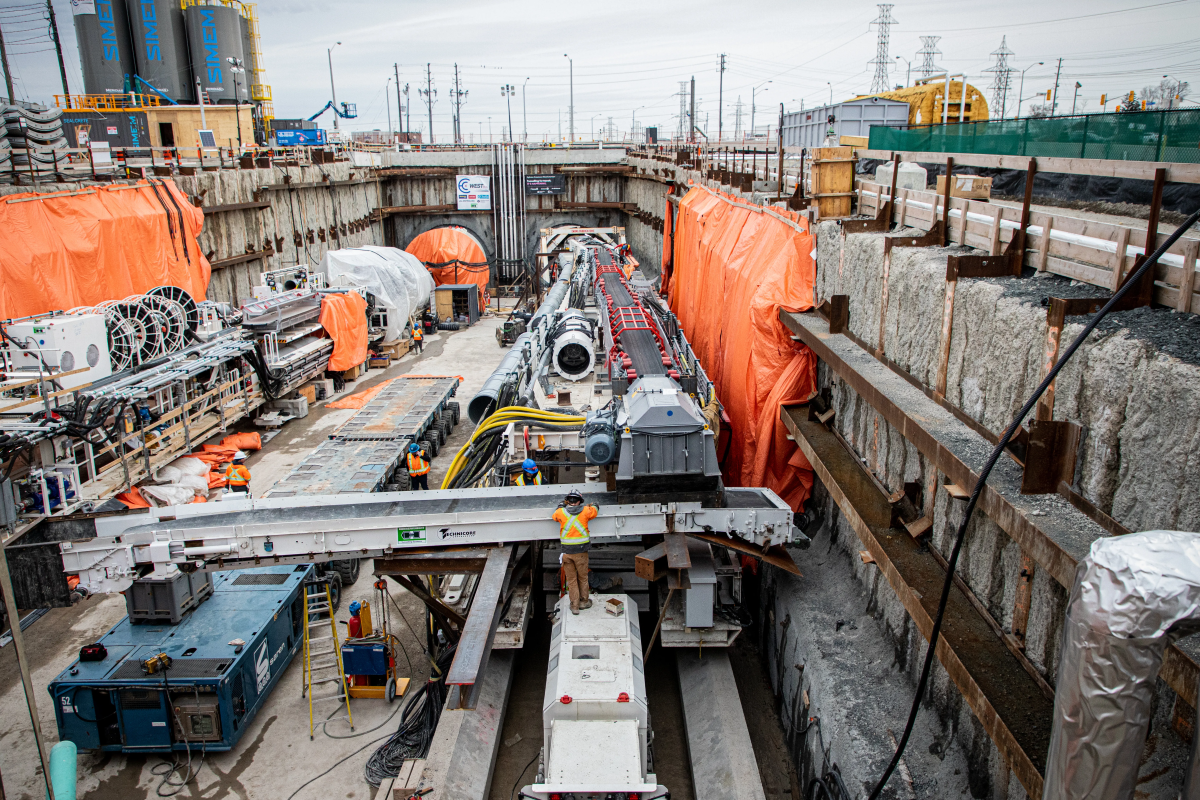 The Ontario government announced tunnelling has officially started on the Eglinton Crosstown West Extension, marking a key milestone for the seven-stop extension that will bring reliable, modern rapid transit to communities in Etobicoke and Mississauga.

“We are getting shovels in the ground for this historic project and building world-class transit that will make life easier for the people of the GTA,” said Premier Doug Ford.

“The start of tunnelling marks an important milestone for the Eglinton Crosstown West Extension project, which will provide more Canadians with an efficient and affordable way to get to work, school, and access essential services,” said the Dominic LeBlanc, Federal Minister of Intergovernmental Affairs, Infrastructure and Communities.

Two tunnel boring machines at the Renforth launch shaft site will dig the over six-kilometre twin tunnels underground along Eglinton Avenue West, forming the underground section for the extension between Renforth Drive and Scarlett Road. The machines will operate approximately 20 metres deep and move about 10 to 15 metres a day.

As the TBM digs through the earth, the soil and rocks are removed by a conveyor belt and transported back to the launch shaft site. This material is then hauled off site to be properly disposed of.

The TBMs install tunnel liners as they go along. These give the tunnels their structure, and they’re critical in keeping them safe and keeping the TBMs moving.

The tunnel liners  are made of reinforced concrete and are designed to support the earth and resist pressure from soil, rocks, and water that surround the tunnel.

The precast tunnel liners for the Eglinton Crosstown West Extension are being manufactured by CSI Forterra Canada in Whitby – the same company that is supplying liners for the Scarborough Subway Extension.

“I’m so excited to see the team pressing forward on this project for the people of the GTA. This project and the others that make up our Subway Program are part of the largest subway expansion in recent history. Together, they will add more than 40 kilometres of new subway service to the region’s transit network and make it much easier to choose transit first,” said Phil Verster, president and CEO of Metrolinx.