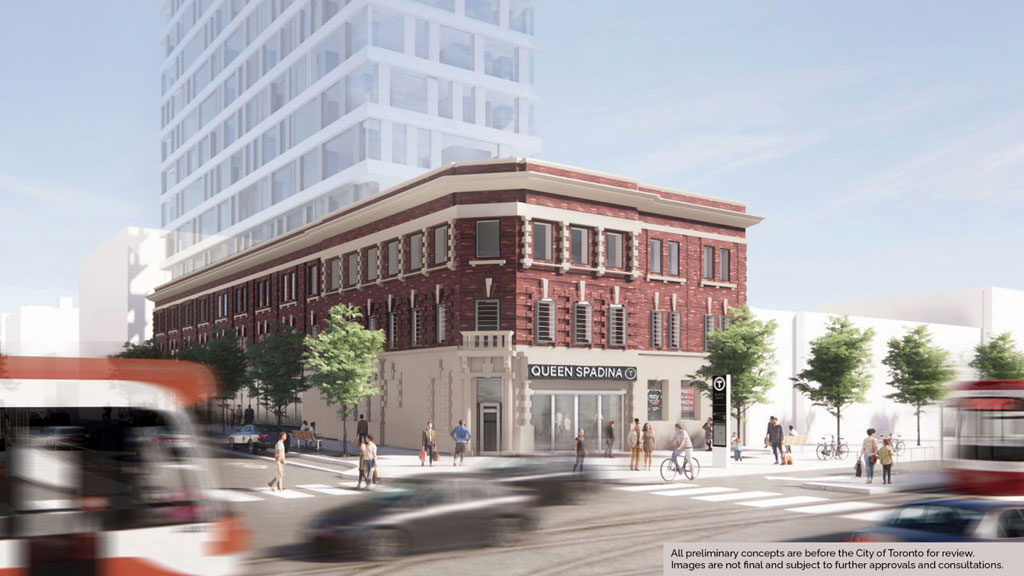 The City of Toronto is working with the Province of Ontario to advance development adjacent to new transit lines. Known as Transit Oriented Communities, these developments strive to increase transit ridership by providing new places for people to live and work close to a future transit station.

“Building more transit-oriented communities will be good for this city and good for our residents,” said Toronto Mayor, John Tory. “As our governments move ahead with new transit projects, we must recognize the opportunities that exist to build more housing and public spaces and create places for people to work around transit stations. We will continue to work in close partnership with the Province to get more housing built and to meet the needs of the communities these transit projects are meant to serve.”

The City is partnering with the Province to shape nine Transit Oriented Communities next to five new stations along the Ontario Line: East Harbour, Corktown/First Parliament, Queen/Spadina King/Bathurst and Exhibition.

“The Ontario government is seizing a once-in-a-generation opportunity to build complete communities around transit,” said Kinga Surma, Ontario Minister of Infrastructure. “We have worked tirelessly with the City of Toronto and our private sector partner to reach this exciting milestone, and we look forward to transforming these communities to include transit facilities, while also ensuring compatibility with surrounding neighbourhoods and creating benefits for families and businesses for generations to come.”

The City and Province signed a Memorandum of Understanding in February 2020 outlining shared objectives for Transit Oriented Communities. Site-specific memoranda of understanding will be drafted as well, to advance objectives. The inclusion of affordable housing and community services and facilities that will serve new and existing residents are top priorities for the City. At its meeting on April 6, City Council approved the terms for eight Transit Oriented Communities proposals from Exhibition Station to the Corktown station and directed City staff to conclude negotiations with the Province.

City Council also approved the major terms of agreement with the Province and Cadillac Fairview related to East Harbour. The terms include a requirement for 215 affordable rental housing units for a 99-year period, the provision of two child care facilities, and a community recreation centre, along with other investments in community services and infrastructure in the area to support the East Harbour development. When fully developed, East Harbour will be a major mixed-use community, with up to 50,000 jobs and 7,000 residents.

The East Harbour development includes the extension of Broadview Avenue from Eastern Avenue to Lake Shore Boulevard. The City and Province also agreed to cost sharing terms for the Broadview Eastern Flood Protection project, which will address flood vulnerability for a broad area around East Harbour.

Staff will report back to City Council on final details of several implementation agreements related to East Harbour in early 2023.