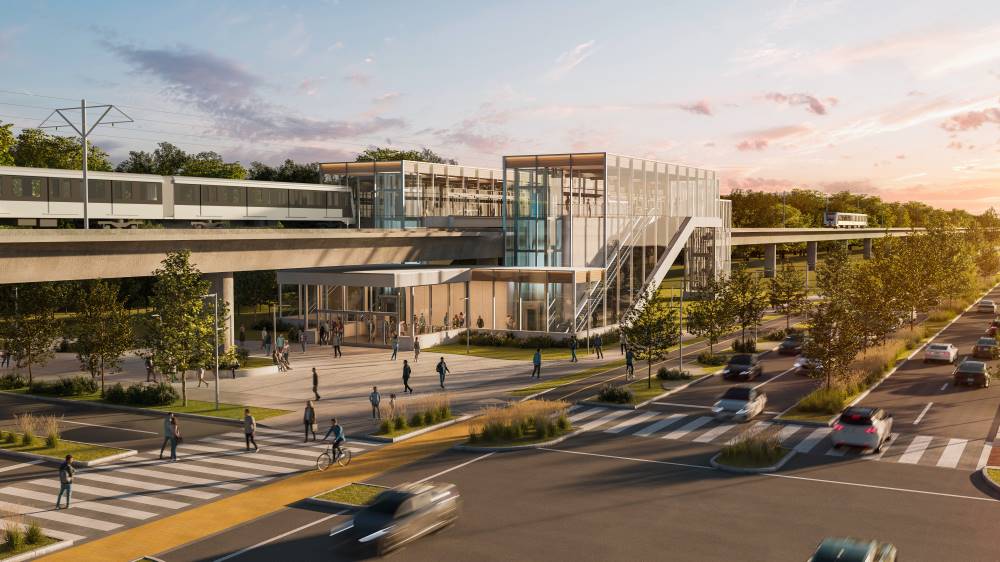 The Province of Quebec announced that along the City of Montreal, it is taking the lead in the REM de l’Est project.

“Since day 1, our objective has been to carry out the best possible project in terms of public transit in the eastern part of the greater Montreal area,” said François Legault, Premier of Quebec. “The project has evolved, over time, and it must continue to evolve. We are making the necessary adjustments to materialize the commitment we made to complete the REM de l’Est.”

According to the province, there was a lack of social acceptability for certain sections, despite the many initiatives put forward in recent months. Faced with this observation, the Government of Quebec and the City of Montreal have agreed to withdraw the insertion of the REM from the East to the city center and to continue the project on the other sections in REM mode. This decision has an impact on the scope of the project and means that it no longer fits into the environment of the CDPQ. This completes the detailed planning phase of the project as presented by CDPQ Infra in December 2020.

“We are committed to delivering the best possible project for the east end of Montreal, and it’s work that is bearing fruit ,” added Valérie Plante, Mayor of Montreal. “The leadership that the City of Montreal and the Government of Quebec are taking today makes it possible to present a solution to the issues of social acceptability that threatened the project.

“The orientations on which the City of Montreal and the Government of Quebec have agreed will allow the REM de l’Est to offer a structuring transport link to underserved sectors, while taking advantage of the existing network.”

The new project team, made up of the Ministère des Transports, the City of Montreal and the Société de transport de Montréal, will work with the Autorité régionale de transport métropolitain to finalize the planning and design of the project.

It will also explore more harmonious development possibilities for the Mercier-Est sector and will consider extending the Marie-Victorin section to Laval and the eastern section towards Lanaudière.

“Our government is resolutely committed to the revitalization of Montreal’s east end, and the REM de l’Est is a cornerstone of its development,” said Chantal Rouleau , Minister for Transport and Minister responsible for the Metropolis and the Montreal region. “To materialize, such an ambitious public transit project requires everyone to commit to it, and this decisive step has now been taken for the benefit of the people of eastern Montreal and the entire metropolitan area.”