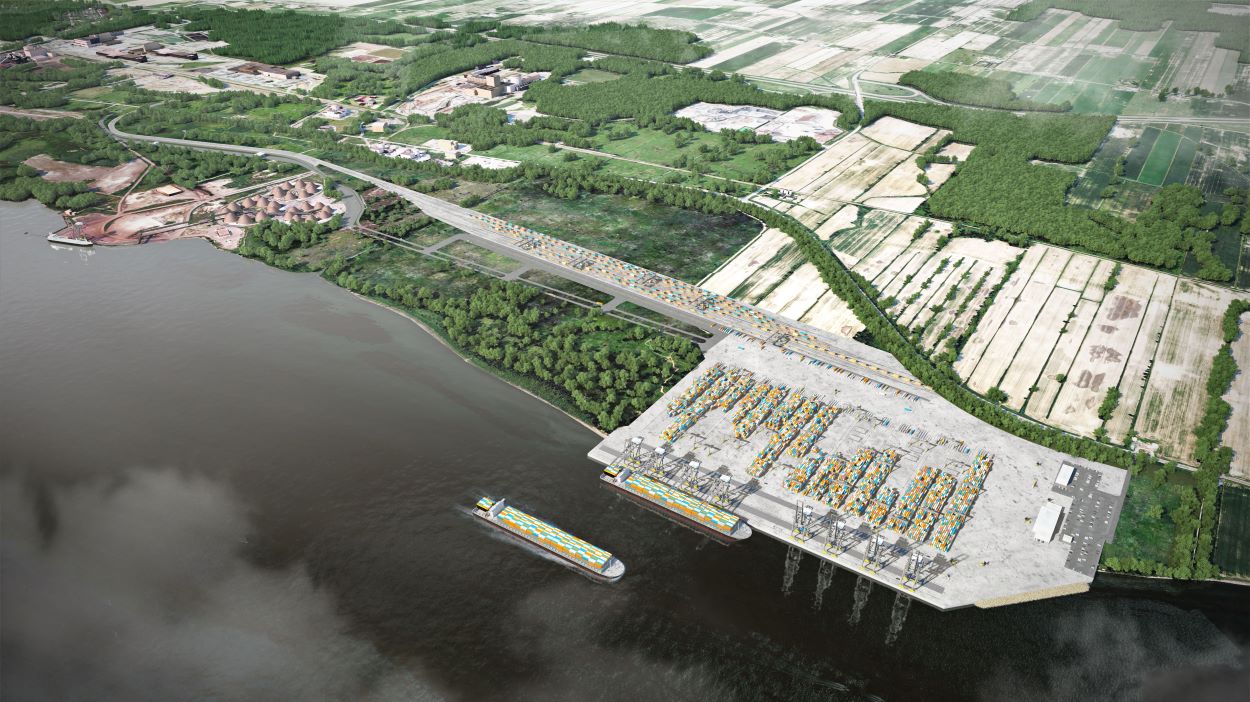 The Montreal Port Authority (MPA) announced that a new phase is underway to complete its major expansion project in Contrecœur, as three bid respondents qualified. The selected bid files are:

The international Request for Qualifications (RFQ) was issued on November 23, 2021, using the Design-Build-Finance-Operate-Maintain (DBFOM) model. Five compliant bid packages were evaluated. Bidders were required to show experience in the design, construction, and operation of new port infrastructure, as well as in generating new shipping volumes and their engagement with local and regional stakeholders, among other criteria. The conditions specified in the Decision Statement issued by the Minister of the Environment and Climate Change Canada also have to be met.

“The Request for Qualifications process confirmed the strong interest in our project locally, nationally and internationally,” said Martin Imbleau, president and CEO of the MPA. “Citizens, consumers and the business community can look forward to yet another milestone towards the successful completion of this green and modern container terminal, especially in a global context where we need more resilient supply chains. Thank you to the MPA teams who helped move the process forward so far! This expansion will consolidate the Port of Montreal’s role as a driver of development for Quebec and Canada.”

The three qualified finalists will be invited to submit bids in the Request for Proposals (RFP) phase, which will begin in the coming weeks and last approximately 12 months. Announcement of the private partner is slated for the second quarter of 2023, with financial and commercial closing in the third quarter of 2023, for a start of construction within the year. The terminal is expected to be commissioned by the end of 2026.

See also  Contract awarded for $5.5M renovation of the Port of Ste-Catherine

“The Port of Montréal’s expansion project in Contrecœur will be an important lever of economic development for years to come,” said Guy LeBlanc, president and CEO of Investissement Québec. “Investissement Québec is pleased to support the Montreal Port Authority in its efforts to maximize the local economic impact of this major project. We look forward to using our expertise to ensure that Quebec companies are informed about and understand the facets of the project where they can contribute, and to attract activities to the region that are complementary to establishing a container terminal.”

The Port of Montreal’s Contrecœur expansion enters a new phase