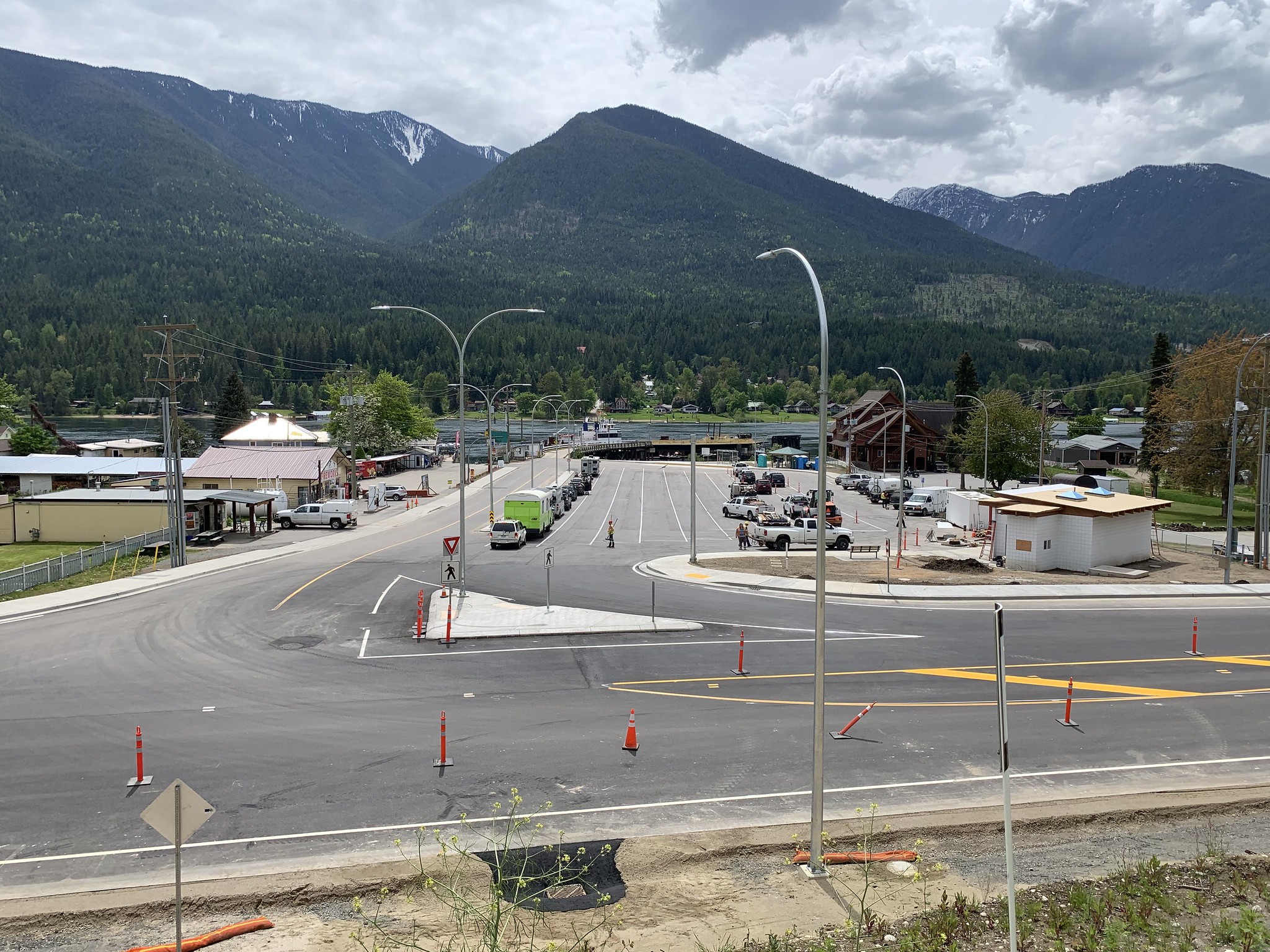 “Our government recognizes the importance of investing in local infrastructure that connects communities to one another, and to opportunity,” said Harjit S. Sajjan, federal Minister of International Development and Minister responsible for the Pacific Economic Development Agency of Canada. “We are proud to have contributed more than $17 million in federal funding for this project as it provides residents and tourists with reliable services and benefits local economies.”

At the Kootenay Bay terminal, the existing washroom facility is now more accessible, and there are new electric vehicle charging stations for EV drivers, along with better lighting and parking improvements.

“The Balfour and Kootenay Bay ferry terminals have received much-needed upgrades,” said Brittny Anderson, MLA for Nelson-Creston. “The revitalized and improved terminals are safer and more accessible, which will benefit residents and visitors travelling across Kootenay Lake for years to come.”

At the Balfour terminal, improvements include a new washroom facility and a significant increase to the terminal’s vehicle queue capacity. Upgrades were also made to Highway 31/3A to improve safety and traffic flow within the community. Sidewalks and lighting also improve connections between the terminal, a new transit stop and the highway.

Construction of a new electric-ready vessel for the Kootenay Lake route continues at Western Pacific Marine’s assembly site in Nelson. The new vessel will more than double the capacity of the MV Balfour, which it will replace.

The delivery of important components for the new vessel has been affected by global supply-chain issues. This means the new vessel will enter service in 2024. There is no expected impact to the ferry service resulting from this delay. Until the new vessel is ready for service, MV Osprey 2000 will remain in service throughout the year. MV Balfour will provide refit relief and supplemental summer service.

The Kootenay Lake Ferry Service Improvements project is funded by the Province of B.C. with a contribution from the Government of Canada through the New Building Canada Fund’s Provincial-Territorial Infrastructure Component-National and Regional Projects.