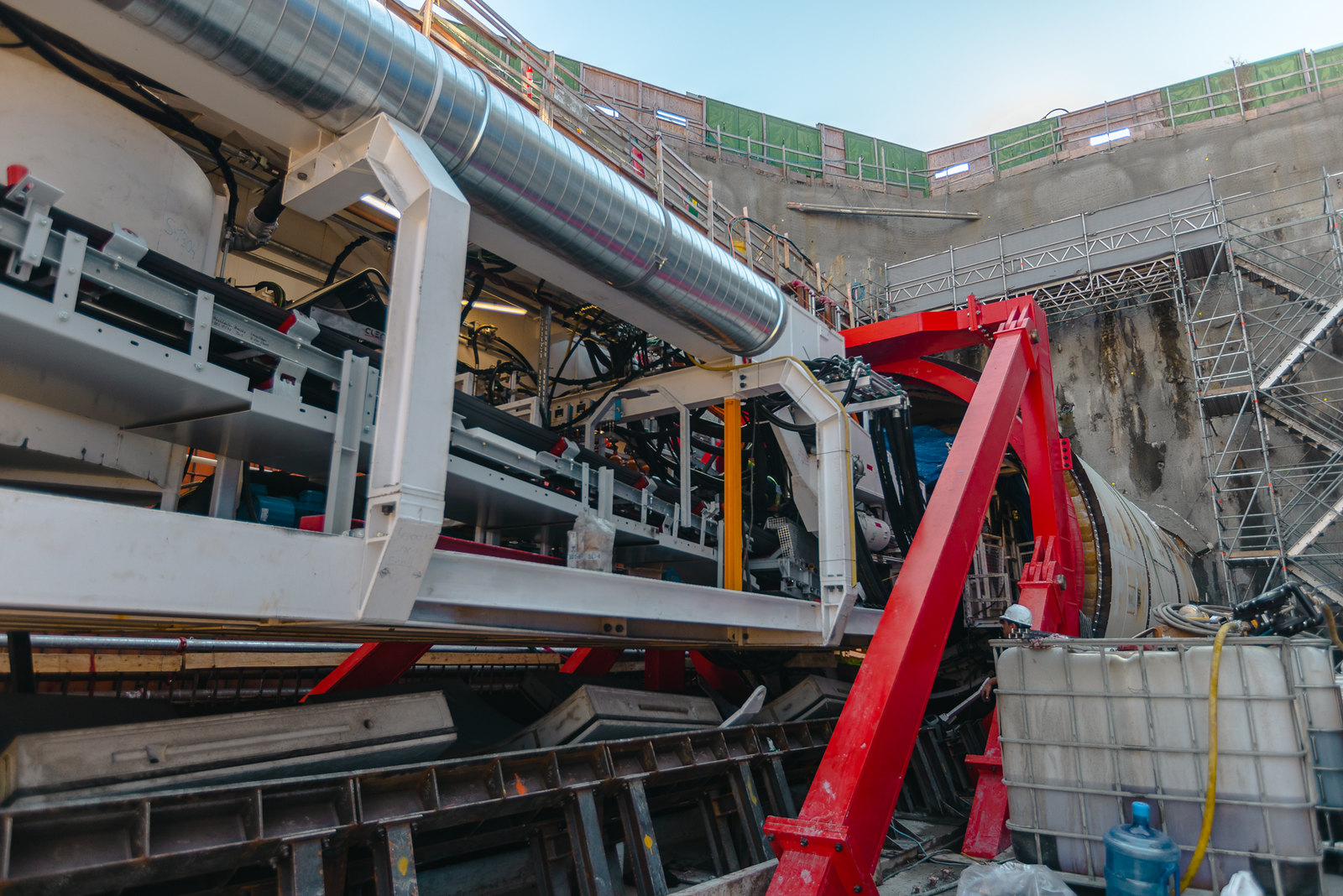 The British Columbia government announced that work on the Broadway Subway project has reached another milestone with the imminent launch of the second tunnel-boring machine for the new rapid transit line.

The first machine launched Oct. 7, 2022, and has made significant progress toward its first breakthrough at Mount Pleasant Station, while the second machine is now fully assembled and set to launch.

Named Elsie and Phyllis, after two influential British Columbians, the custom-designed tunnel-boring machines measure about six metres in diameter, 150 metres in length and weigh almost one million kilograms each. Named for Elizabeth (Elsie) MacGill and Phyllis Munday, the machines were manufactured in Germany, shipped to Canada in spring 2022, and assembled on concrete slabs at the launch site near Great Northern Way.

A five-week strike in June 2022 affected the concrete supply in the Lower Mainland, which affected the start of tunnel boring. As a result, the overall schedule for project completion has been moved from late 2025 into early 2026. A precise update on the project timeline will be provided in the spring of 2023 when station excavation and tunnel boring are further advanced. The project remains within budget.

Progress continues to be made on tunnelling work; more than half of the columns for the guideway between VCC-Clark and Great Northern Way-Emily Carr Station are complete. Construction and fit out of the stations and tracks will begin once tunnel boring has finished.

Featured image: Elsie, the first of two tunnel boring machines, rests in the red thrust frame ahead of launch at Great Northern Way-Emily Carr station. The frame works like a starting block, allowing Elsie to begin her journey underground. (BC Ministry of Transportation and Infrastructure)