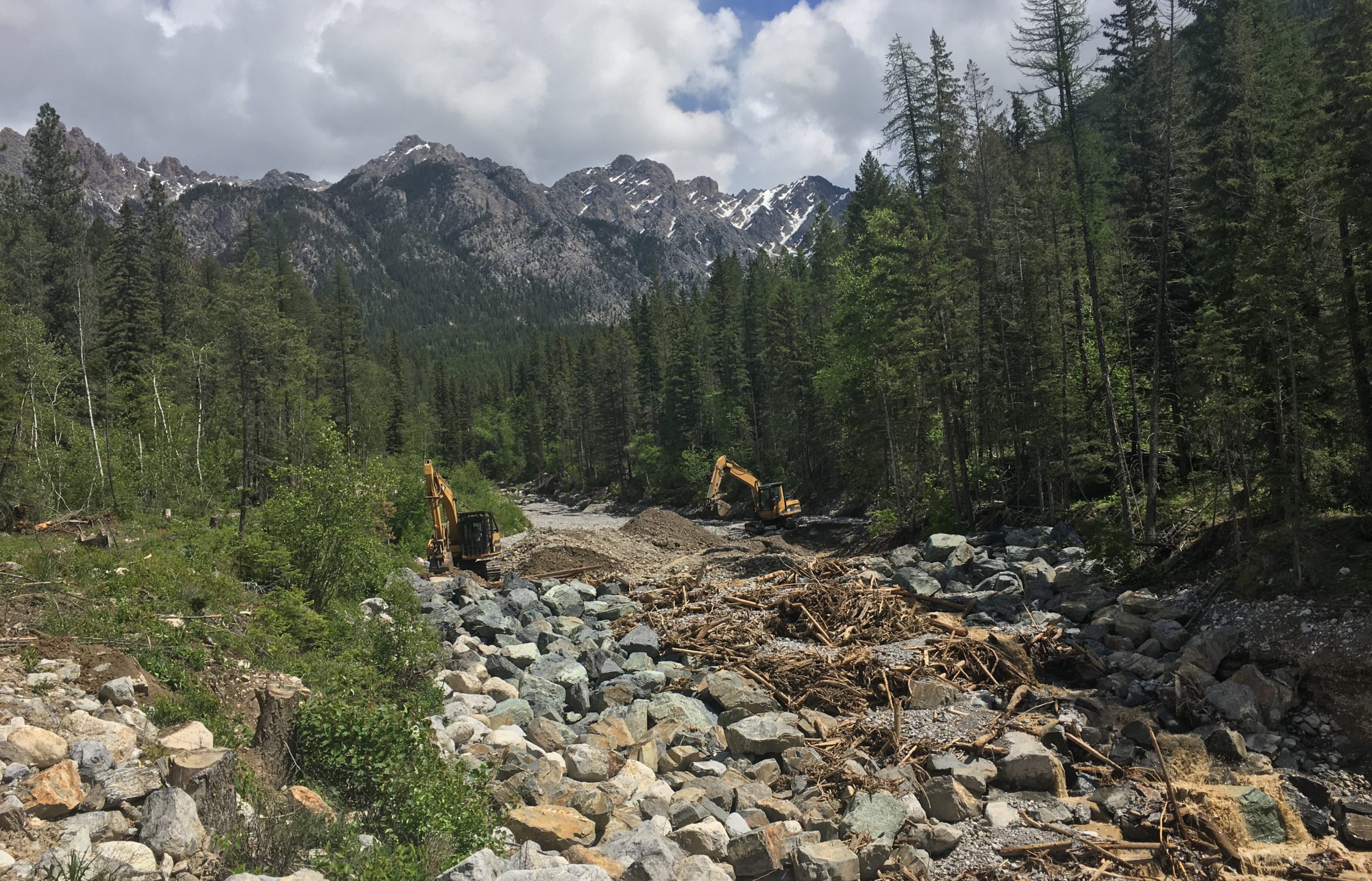 The governments of Canada and British Columbia announced more than $29.5 million in joint funding to reduce and mitigate the risk of floods and slide events in 11 communities across the province. These projects are in addition to 18 other disaster mitigation-related projects that were announced last summer.

“One of the things we’ve been learning coming out of 2021 and seeing the unprecedented damage caused by the recent flooding and mudslides is that we need to increase the resilience of at-risk communities. Funding these infrastructure projects advances our work to prepare and adapt to climate change, and better protect homes, property, businesses, and infrastructure from flooding in the future,” said Mike Farnworth, British Columbia’s Minister of Public Safety and Solicitor General.

Among the works announced, the second phase of the East Kootenay-Cold Spring Creek debris flood mitigation project in the Regional District of East Kootenay will continue efforts to increase water deflection and storage capacity to protect homes, businesses, and utilities from debris flow during floods. Residences in the Town of Port McNeill, an area prone to slides, will benefit from a significant increase in flood protection through the redirection of flow and stabilization of existing natural infrastructure to absorb water and buffer overflow. In Fernie, the Annex Dike Upgrades project will reconstruct approximately 1,800 metres of dike to improve erosion protection and will significantly reduce the likelihood of flood hazards to the Annex neighbourhood, including risk to critical municipal infrastructure.

“Given the magnitude of the hazard and the risk to life and property, phase 2 of the Cold Spring Creek Debris Flow Mitigation Project is a high priority for our region. This funding makes it possible for us to move forward with the project and reduce the risk to the community of Fairmont Hot Springs.” said Susan Clovechok, Electoral Area F director, Regional District of East Kootenay.

“The Town of Port McNeill has been subject to debris flow for several years, with the limited ability for us to facilitate the mitigation of these events. Receiving funding for this project allows us, as a community, to finally rest easy, knowing that the residents of Port McNeill are safer, but to now also focus our attention to the growth and development of our community as a whole.” said Pete Nelson-Smith, chief administrative officer, Town of Port McNeil.