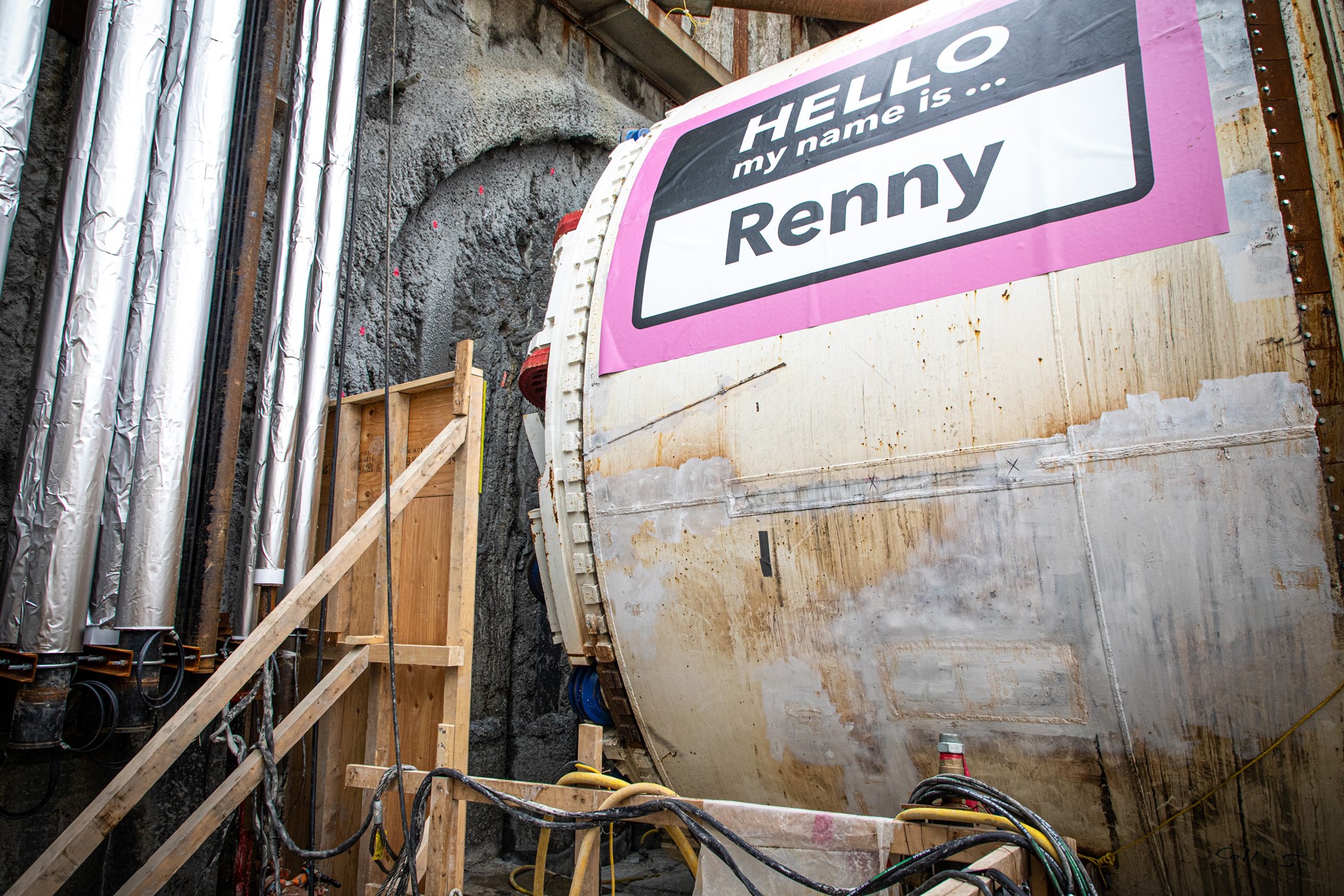 Metrolinx announced that the second tunnel for the Eglinton Crosstown West Extension is now underway.

Tunnelling on the project started this past spring, with Renny, one of the two tunnel boring machines (TBMs) digging the roughly six-kilometre tunnels.

Since April, the massive machine has tunnelled over 650 metres, making tremendous progress in a short amount of time – not bad for a 750-tonne machine travelling 10 to 15 metres a day.

There are a few reasons why Rexy and Renny didn’t start tunnelling at the same time. One is that the space inside the launch shaft (where the digging machines are lowered in the ground) can only accommodate one TBM launch at a time. At 6.58 metres high and 131 metres long, these are huge machines. Each one is taller than a giraffe and, stood on their ends, a quarter of the height of the CN Tower.

The other reason is that the tunnelling team can learn a lot from the first TBM that they can apply when the second machine starts tunnelling.

Rexy and Renny will continue this pattern over the next twenty months. Renny will reach the extraction shaft (the spot where the TBMs are pulled out of the ground) just west of Scarlett Road first, with Rexy following behind.

After the TBMs are pulled out of the ground near Scarlett Road, the route will transition to an elevated section, passing over the Humber River, before heading back underground just east of Jane Street, where the extension will connect to the Eglinton Crosstown LRT at Mount Dennis Station.

Featured image: Renny in the launch shaft, right before the start of tunnelling in April. (Metrolinx photo)