Mary Rowe has been named as the president and chief executive officer of the Canadian Urban Institute. Rowe’s appointment is effective September 9th.

Rowe is a urban advocate and civil society leader who has worked in cities across Canada and the United States. She comes to CUI with several years of experience as an urban advocate and community leader, including serving as executive vice president of the Municipal Art Society of New York (MASNYC), one of America’s oldest civic advocacy organizations focused on the built environment. A mid-career fellowship with the U.S.-based blue moon fund led her to New Orleans where she worked with national philanthropy, governments, and local communities to support rebuilding after Hurricane Katrina. Earlier in her career, Rowe was president of the Canadian platform Ideas That Matter, a convening and publishing program based on the work of renowned urbanist Jane Jacobs.

Rowe has been a frequent contributor to national and international city-building programs, including UN Habitat and the World Urban Forum. She brings an extensive international network of practitioners from government, industry, community activism, and the city-building professions to strengthen CUI under her leadership.

“We are excited to have Mary leading CUI, as we head into our 30th anniversary” said Board Chair Andréa Calla. “Canada is one of the most urbanized countries in the world, and it’s a pivotal moment to make sure our cities are both livable for the residents of today and resilient to the economic, environmental and social challenges we anticipate for tomorrow.” 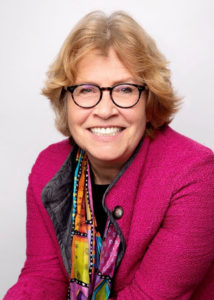 Commenting on her new role, Mary said, “CUI brings together all the crucial stakeholders – researchers, planning and design professionals, the development industry, local communities and their leaders and government – each important to ensuring Canada’s global leadership in building great cities. I’m delighted to be joining the staff team and look forward to working with the Board and our partners to advance Canada’s unique forms of urbanism.”

Mary holds Senior Fellowships with Evergreen and Future Cities Canada, Shorefast, PlacemakingX and Massey College. She is lead facilitator with the Urban Project, an initiative of the Federation of Canadian Municipalities and Maytree. She serves on the Board of Directors of the Bentway (Toronto) and the Nature of Cities (New York City).