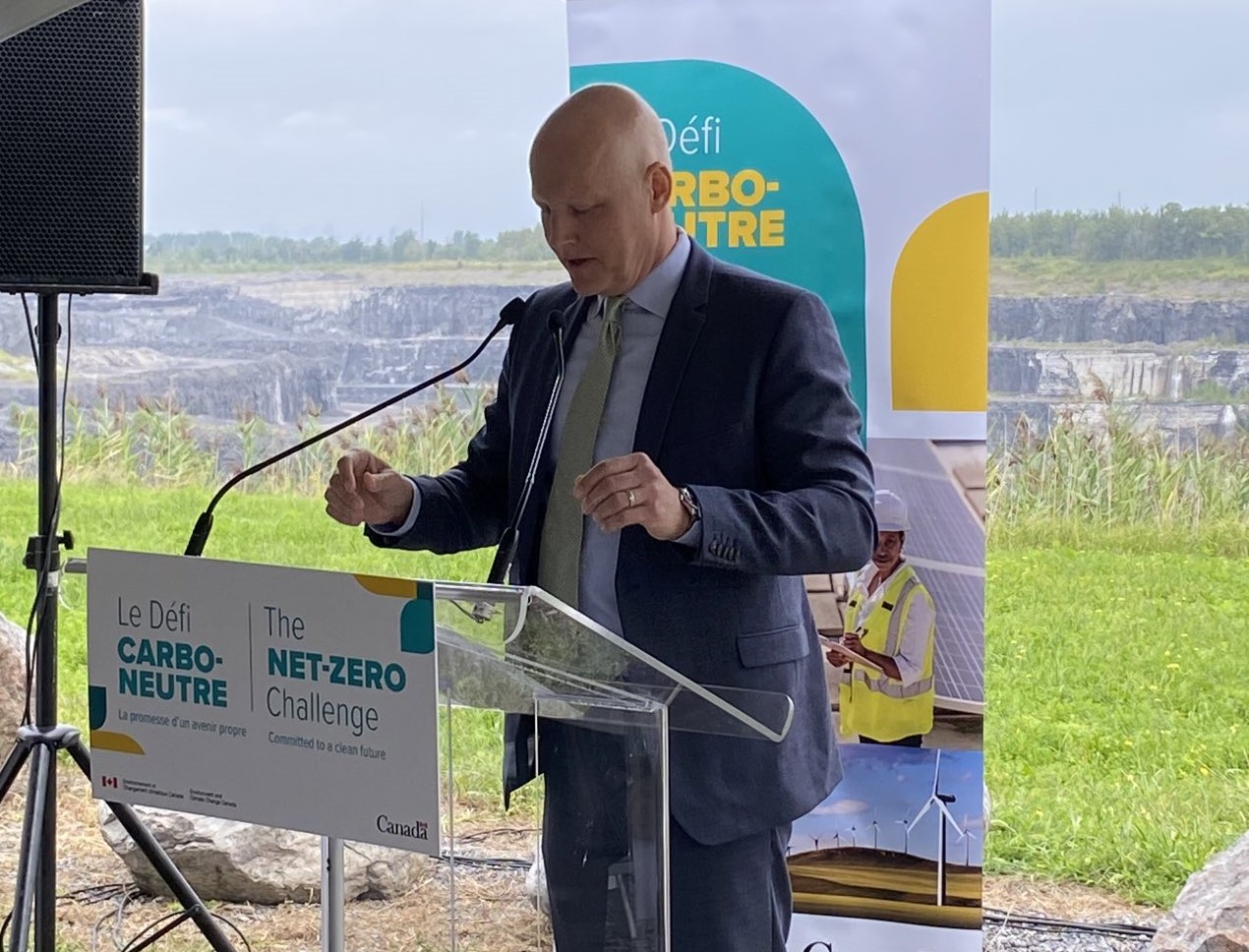 Canada’s cement industry is leading the way in the fight to tackle climate change by joining the Net-Zero Challenge. The Net-Zero Challenge is a voluntary initiative led by the Government of Canada that encourages businesses to develop and implement credible and effective plans to transition their facilities and operations to net-zero emissions by 2050.

“Climate change is our industry’s most significant challenge. It is also our greatest opportunity. By charting a credible, transparent path to net-zero emissions, our industry continues its history of leadership in building the sustainable world of tomorrow. We are proud to be a founding participant in the Net-Zero Challenge as just one example of our pursuit of proactive partnerships with governments, the construction sector and civil society groups to support the ambitious and science based imperative of reducing carbon emissions to net-zero by 2050.” said Adam Auer, president and CEO, Cement Association of Canada.

Concrete is the most used building material on the planet, second only to water. It is found in virtually every class of infrastructure – from bridges to buildings, watermains to hydro-dams, hospitals to schools, sidewalks to subways. Concrete’s strength, durability and resilience will play a critical role in ensuring our infrastructure stands up to extreme weather– heat, flooding, wildfires and wind. Set to be released later this fall, the cement and concrete industry action plan to produce net-zero concrete by 2050 will include significant milestones, including cutting carbon emissions up to 40% by 2030.

“Canada’s cement industry welcomes the opportunity to reiterate its commitment to tackling climate change by joining the Net-Zero Challenge as the first industry-wide participant. Concrete is the most used building material on the planet, second only to water. It is an essential element of construction, with no other material equaling its resilience, strength, and durability. The continued support of the Government of Canada of the cement and concrete industry is invaluable. We look forward to continue working together as we chart a path to net-zero for the world’s most important building material,” added Marie Glenn, chair of the Board, Cement Association of Canada.

Volvo and Holcim jointly work in a project to use autonomous...