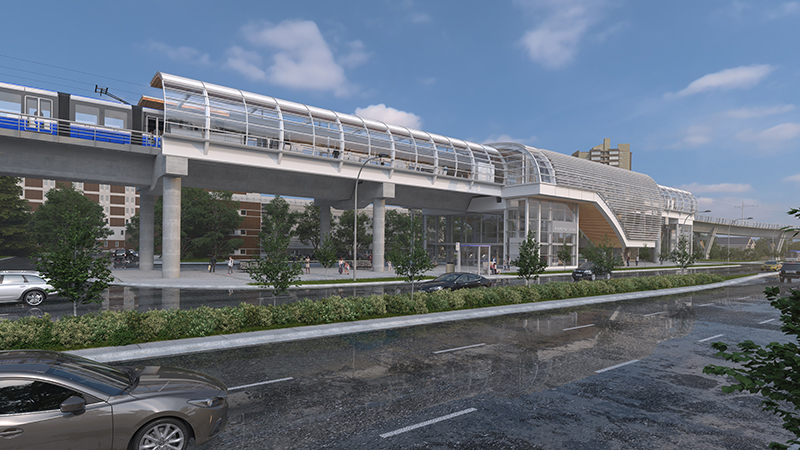 Edmonton Transit Service’s (ETS) new bus routes and On Demand Transit went into service on the weekend, and the new Mill Woods Transit Centre has opened its doors.

“These projects support a strong and integrated transit network that is critical to building a great city where it’s safer, more convenient and greener to travel from one place to another,” said Edmonton Mayor Don Iveson.

Transit upgrades include five new types of bus routes to meet customers’ different travel needs, complemented with the largest on demand service in Canada. Riders are now able to book trips on 57 accessible shuttles and travel to 37 neighbourhoods and 16 seniors’ residences. On Demand Transit service is provided in areas where it is a better fit than regular bus service. This system has the advantage of providing service seven days a week and with the same or better frequency than scheduled service.

“We’re very excited to see a modernized transit system coming to a street near you,” said Carrie Hotton-MacDonald, ETS Branch Manager. “This is a major step towards providing the type of service Edmontonians told us they want today and to meeting evolving transit expectations as our city grows in the future.”

As part of its integrated approach to transit, the city also opened the new Mill Woods Transit Centre. The $17.4 million facility, which was completed on time and on budget, is designed to simplify how customers get to their bus and light rail transit (LRT) connections so they have better access within Edmonton. The transit centre includes a covered walkway that connects customers to the nearby Mill Woods Stop on the Valley Line Southeast LRT, which is expected to open later this year.

An integrated transit network not only provides easy access to the city but will also support lively neighbourhoods through transit oriented development. For example, Mill Woods Transit Centre was moved closer to the new LRT to support redevelopment plans for the Mill Woods Town Centre area. It will become a higher-density centre that includes mixed residential housing and commercial businesses within walking distance to transit.