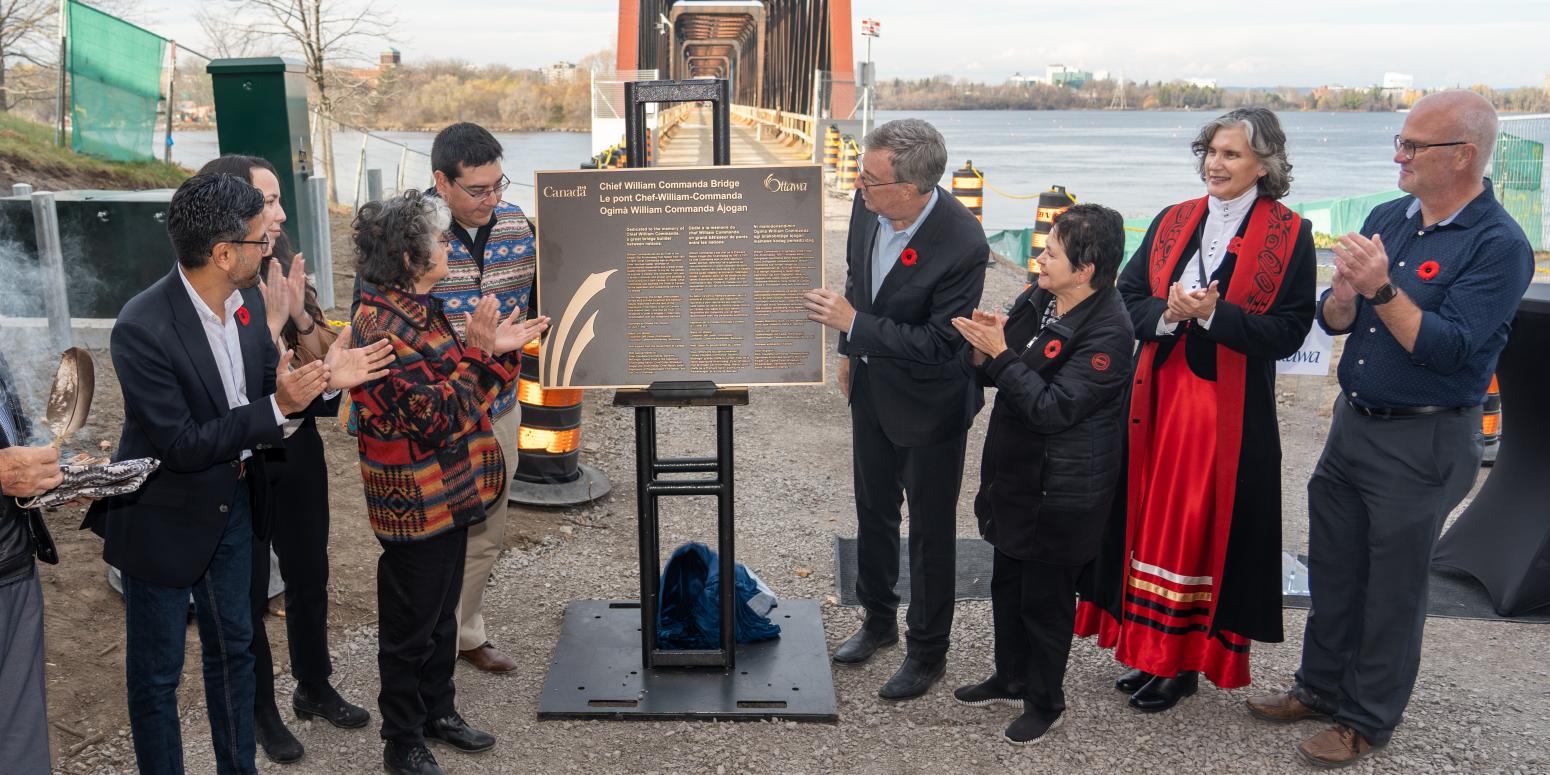 The City of Ottawa held a ceremony officially commemorating the naming of the Chief William Commanda Bridge.

William Commanda served as Chief of the Kitigan Zibi Anishinabeg First Nation from 1951 to 1970. He was an Algonquin Elder, spiritual leader, promoter of environmental stewardship and a great bridge builder between nations. In his life, he worked as a guide, a trapper and woodsman, and was a skilled craftsman and artisan who excelled at constructing birch bark canoes. In 2008, Chief Commanda was awarded the Order of Canada for his dedication and outstanding service to his people.

“In the beginning, this bridge unfortunately served as a corridor to extract and transport natural resources from the land of the Algonquins. That reality is part of Canada’s dark colonial past – one that we must recognize in order to engage in meaningful reconciliation with our Indigenous partners. I am happy to officially unveil this plaque and pay tribute to Chief William Commanda, who was a great bridge builder between nations,” said Ottawa Mayor Jim Watson.

The official unveiling of the commemorative naming plaques represents a significant milestone for the Chief William Commanda Bridge multi-use pathway (MUP) and rehabilitation project. The plaques – one at either end of the bridge – will be installed in spring 2023 as part of the work to finish the MUP portion of the project, which is expected to be completed and operational in spring 2023.

“Today’s commemoration of the Chief William Commanda Bridge is an important reminder that recognition, rights, respect and cooperation are the basis of partnership and friendship with Indigenous peoples. By naming important community places after inspiring individuals like Chief William Commanda, we demonstrate our willingness to make positive change that unites communities and helps to heal the injustices of the past. This bridge will support a path between provinces and a path between nations – a path of reconciliation,” said Yasir Naqvi,  Minister of Emergency Preparedness and MP for Ottawa Centre.