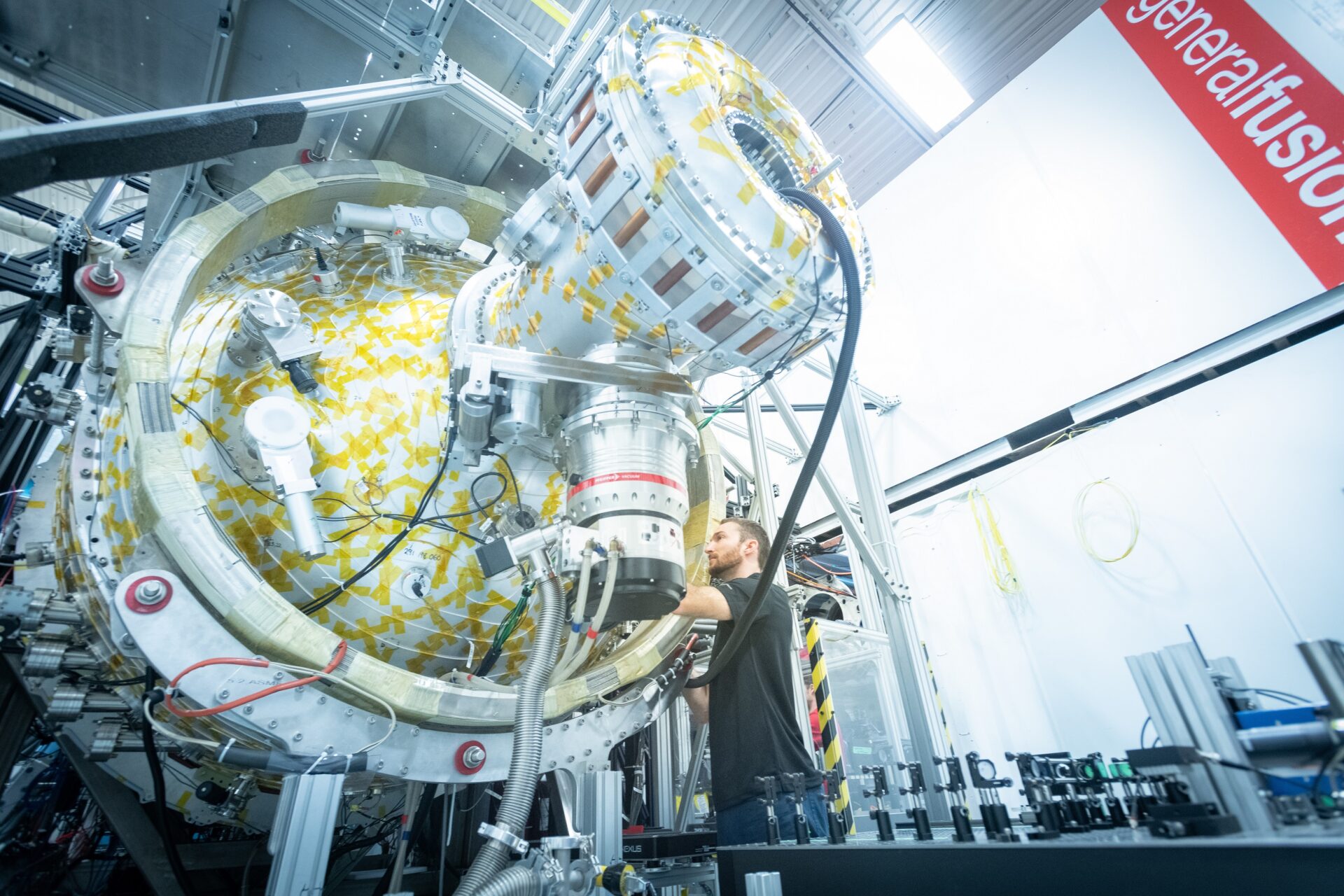 Canadian Nuclear Laboratories (CNL) and General Fusion announced that they have signed a Memorandum of Understanding (MOU) to pursue a series of joint projects to accelerate the deployment of commercial fusion power in Canada.

Fusion energy holds great potential as a clean and reliable form of energy for electricity grids, and the MOU will act as a framework for both companies to partner to advance fusion energy research and commercialization.

Under the terms of the agreement, CNL and General Fusion will collaborate on projects in key areas, including feasibility studies, regulatory framework, power plant siting and deployment, infrastructure design, and testing and operations support. Overall, the aim is to develop fusion energy research capabilities within CNL, to support the goal of constructing a potential General Fusion commercial power plant in Canada before 2030.

“CNL is thrilled to build on our commercial relationship with General Fusion, a pioneering company that is advancing a new form of clean energy technology,” said Joe McBrearty, CNL’s president and CEO. “As Canada’s national nuclear laboratory, it is our priority to spur innovation and economic development by working alongside companies who are advancing ambitious new technologies that are in the national interest. That objective is at the heart of this agreement with General Fusion, and we will apply all of our expertise and resources to help bring their technology to life here in Canada.”

“General Fusion is a Canadian company based in Vancouver and we are excited to advance this framework to collaborate with CNL, a leader in clean energy technologies,” said Greg Twinney, CEO, General Fusion. “We look forward to working with CNL’s deep expertise. Together, we are strengthening the Canadian fusion industry and making progress on the path to supplying commercial fusion power to the electricity grid within a decade.”

CNL’s Chalk River Laboratories campus is home to some of the world’s most advanced laboratories, facilities, and testing equipment for clean energy research, as well as extensive expertise in the development of next-generation nuclear technologies. In addition to fusion and conventional nuclear energy, CNL’s research extends into the production of hydrogen, the development of advanced nuclear fuels, the integration of clean energy technologies, and research to enable the safe and reliable operation of today’s nuclear generating stations.

The MOU with General Fusion builds upon previous work that the two organizations conducted under CNL’s Canadian Nuclear Research Initiative (CNRI) last year. Leveraging CNL’s state-of-the-art Tritium Facility, which is capable of handling materials required to conduct full-scale tests of tritium extraction technology, CNL and General Fusion partnered on the development of technologies to extract tritium for use in future fusion power plants. General Fusion’s MTF technology is fueled by two hydrogen isotopes, deuterium and tritium, the latter of which can be produced as part of the fusion process within the company’s unique liquid metal wall inside the fusion vessel.

“If we are to limit the consequences of climate change in Canada and around the world, then we need to pursue every clean energy solution that is available to us,” said Dr. Jeff Griffin, CNL’s vice president of Science and Technology. “Fusion has incredible potential to serve as one of these clean energy solutions, and in recent years it has become a growing focus of CNL’s research through our CNRI Program. This project will allow us to expand on that work with General Fusion and combine our extensive resources to further advance their reactor design towards deployment.”