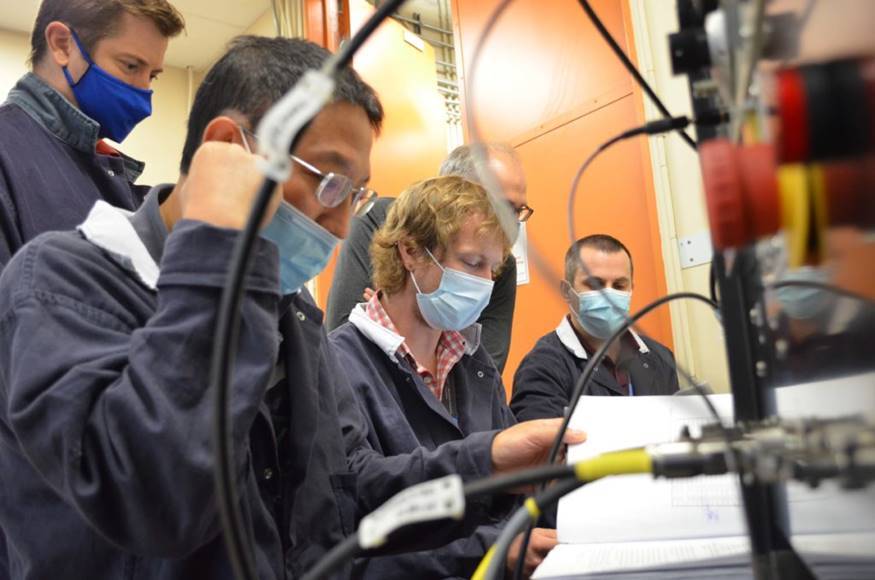 As a low-power, self-regulating reactor, the SLOWPOKE-2 is used by RMC to produce neutrons for professional development and academic research, including nuclear and radiological forensic expertise, and rapid response capabilities for environmental and nuclear emergencies, primarily by the Department of National Defence and Canadian Armed Forces.

As Canada’s national nuclear laboratory, CNL was uniquely positioned to complete all phases of the work, using Canada’s only team licenced by the Canadian Nuclear Safety Commission to maintain the reactor. Throughout the project, care was taken to ensure the safety of the workforce, protection of the environment, and security of the materials.

“As an integrated organization, CNL has the necessary expertise in engineering, manufacturing, fuel development, physics, radiation protection, and certainly nuclear security, to conduct this work. I’m very proud of everyone who helped bring this project to a safe and successful conclusion,” commented Joe McBrearty, CNL President and Chief Executive Officer. “Having recently completed both decommissioning and refuelling activities for SLOWPOKE reactors in other jurisdictions, we were able to draw on that experience to safely complete this project for our customer.”

While the on-site field work was conducted by CNL over a four-week period earlier this summer, the work began in 2019. The project included the planning and execution of work to remove the old reactor core from the federally-owned nuclear reactor, commission the reactor with a newly fabricated core manufactured at CNL’s Chalk River Laboratories campus, and transfer the spent core to a licensed nuclear waste management facility. Materials gathered from the spent reactor core will undergo further examination by CNL aiding in research which supports the continued safe operation of Canada’s nuclear fleet.

“The fuel that powers this research reactor is unique, and required a very skilled team and sophisticated quality assurance program to manufacture,” explained Ali Siddiqui, Acting Head of CNL’s Advanced Reactors Directorate. “While a SLOWPOKE’s principle role is that of a research reactor, CNL’s capabilities in prototype fuel development, fuel qualification and fabrication used in this project, are also in demand by small modular reactor (SMR) developers as the next generation of clean nuclear technology advances here in Canada.”

Since the SLOWPOKE-2 reactor came online in 1985, it has been an essential tool for educating RMC students, military officers, faculty, and scholars from across the country, performing neutron radiography and activation analysis, and helping to position Canada as a global leader in nuclear science and technology. Today, students and researchers make use of the reactor every year, for education and research that further supports the activities and operations of the Canadian Armed Forces, Department of National Defense, the North Atlantic Treaty Organization, the Royal Canadian Air Force, Canadian Special Operations Forces Command and the Navy’s Directorate of Nuclear Safety.