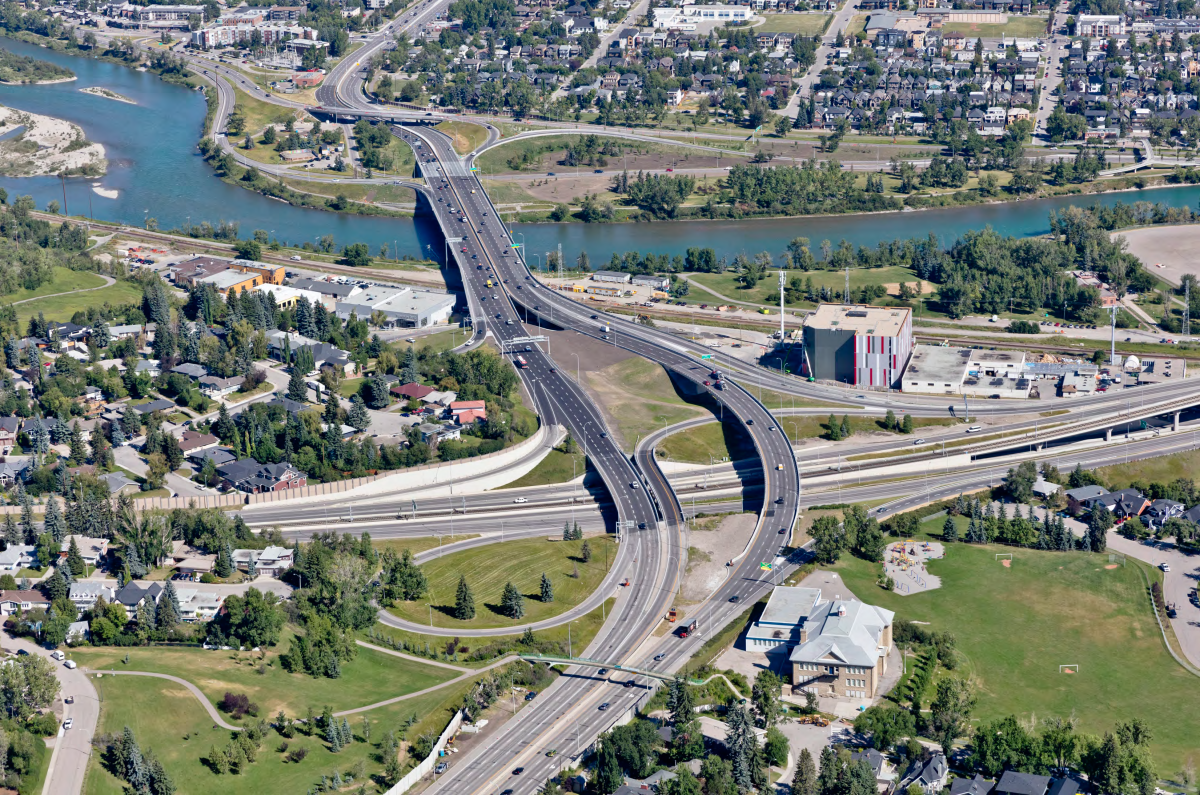 One of the most complicated transportation rehabilitation projects in the City of Calgary’s history is now complete.

“It took a lot of innovative thinking, but Calgarians told us what they needed and The City delivered,” said Calgary Mayor Naheed Nenshi.

The project goals were developed with input from citizens and various stakeholder and citizens’ input and were based on three key principles:

The construction work for the bridge and roadway was done while also allowing for 100,000 automobiles to pass through per day.

In order to carry out construction while keeping all lanes of traffic open in both directions between 5 a.m. and 9 p.m. on weekdays, the city took the innovative approach of building temporary platforms directly below the bridges, which enabled all necessary work to take place over the Bow River, over a set of CP Railway tracks, public transit tracks and other major roadways.

To view a video about the project, click here:

City of Calgary releases RFQ for Phase 1 of Green Line...