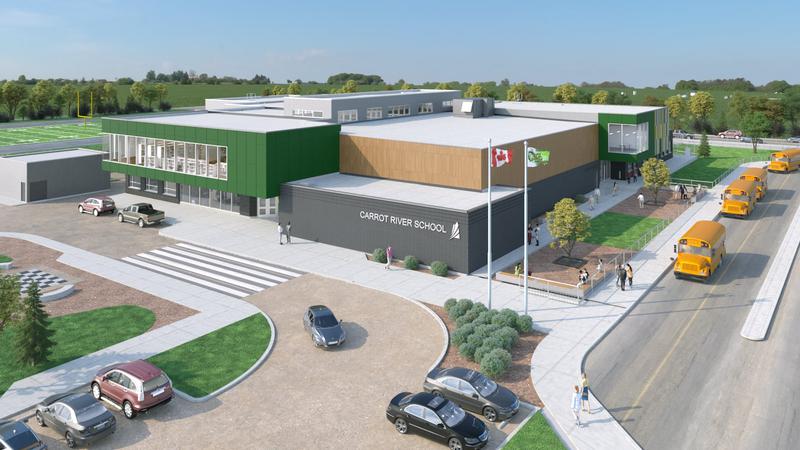 The Government of Saskatchewan announced the official beginning of construction on a new school that will replace and consolidate Carrot River Elementary and Carrot River High schools.

The new school project will attach to the existing high school gym, which was constructed as an addition to the current high school in 2005. Construction is being led by Saskatchewan-based company Wright Construction and is expected to welcome students in early 2024 with an estimated cost of $28.4 million of which the government is contributing $25.7 million. The remaining costs are being contributed by the community and the school division.

“The growth we are experiencing in our economy allows us to make important investments in services and infrastructure,” said Premier Scott Moe. “This new school in Carrot River is just one example of growth that works for everyone.”

The approximately 4,400 square metre facility is just over half the size of a CFL football field, accommodating up to 400 students from Kindergarten to Grade 12. The new school will be a modern facility featuring state-of-the-art classrooms and will feature an expanded Practical and Applied Arts area with funding from the community and the school division. The new school will be built onto the existing gymnasium of the high school that was built in 2005.

“I would like to thank the Government of Saskatchewan and Premier for the investment in our new Carrot River school,” North East School Division Board chair Kevin Graham said. “We look forward to the school opening and all of the ways the new facility will support the programming and learning opportunities for our students in years to come.”