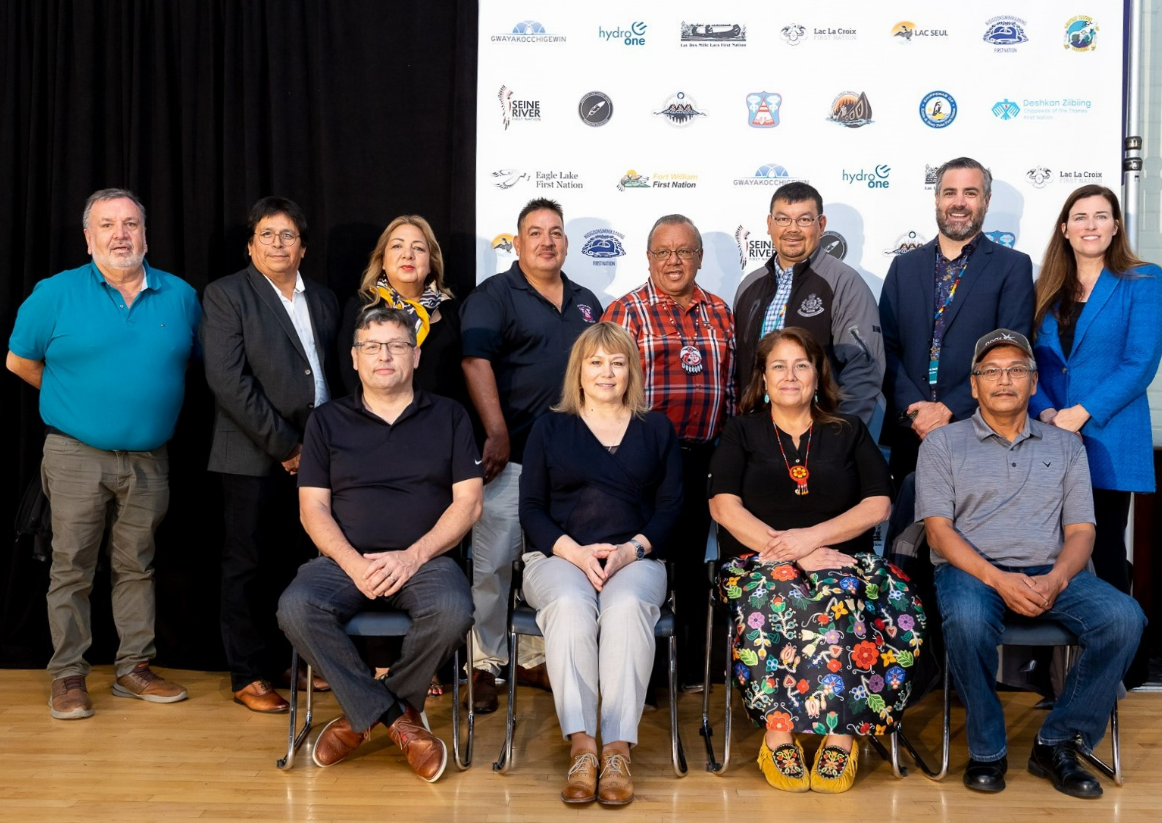 Hydro One’s equity model will offer First Nations a 50 per cent equity stake in all future large scale capital transmission line projects and will transform the benefits of infrastructure development for First Nation communities for generations to come.

“For too long, First Nations have borne the impacts of infrastructure development in their traditional territories without seeing the benefits. We recognize that we did not always get it right, and this equity model signals a significant shift in how Hydro One will work with First Nations,” said Megan Telford, chief human resources officer, Hydro One. “For our collective success we must continue to push existing boundaries. Hydro One is committed to its journey of taking meaningful action to advance Reconciliation and we will continue to listen to and learn from Indigenous communities with a focus on building trusting and long-lasting relationships.”

This announcement follows the signing of an agreement in the spring with eight First Nations represented by Gwayakocchigewin Limited Partnership (GLP) for the Waasigan Transmission Line project. As an example of the new partnership model, this agreement provides the First Nations represented by the GLP with the opportunity to invest in an equity stake in the project. In total, nine First Nations will have the opportunity to invest in 50 per cent of the Waasigan Transmission Line project, which will bolster capacity and support economic growth in northwest Ontario.

“Today’s announcement by Hydro One is a major step toward true and meaningful economic Reconciliation with Indigenous Nations impacted by electricity transmission projects in Ontario. First Nations Major Projects Coalition is pleased to be supporting our members Chippewas of the Thames First Nation and Aamjiwnaang First Nation whose treaty lands are impacted by these projects. We are appreciative of the collaborative approach taken by Hydro One in establishing this historic precedent – it is one that should be emulated by other transmission infrastructure providers across Canada,” said Niilo Edwards, CEO of the First Nations Major Projects Coalition.

Hydro One has also committed to increasing its Indigenous procurement spend to 5 per cent of all materials and services by 2026 and ensuring that 20 per cent of its corporate donations and sponsorships support Indigenous communities.

“Gwayakocchigewin’s partnership agreement with Hydro One on the Waasigan Transmission Project provides a tremendous opportunity for our First Nations in northwestern Ontario, and demonstrates the right approach to Indigenous Participation.  In addition to the economic benefits of ownership, our eight First Nations can work closely with Hydro One to ensure responsible development of this Project, including the protection of the land, waters and our traditional way of life.  We commend Hydro One for its progressive vision towards a new relationship with First Nations,” said Tom Johnson, President of Gwayakocchigewin Limited Partnership.

“I want to congratulate Hydro One on its new equity partnership model with First Nations communities for new large scale transmission projects. New transmission lines are critical to supporting electrification and the economic wellbeing of our province, and First Nations are critical partners in collectively achieving those goals” said Todd Smith, Ontario Minister of Energy.