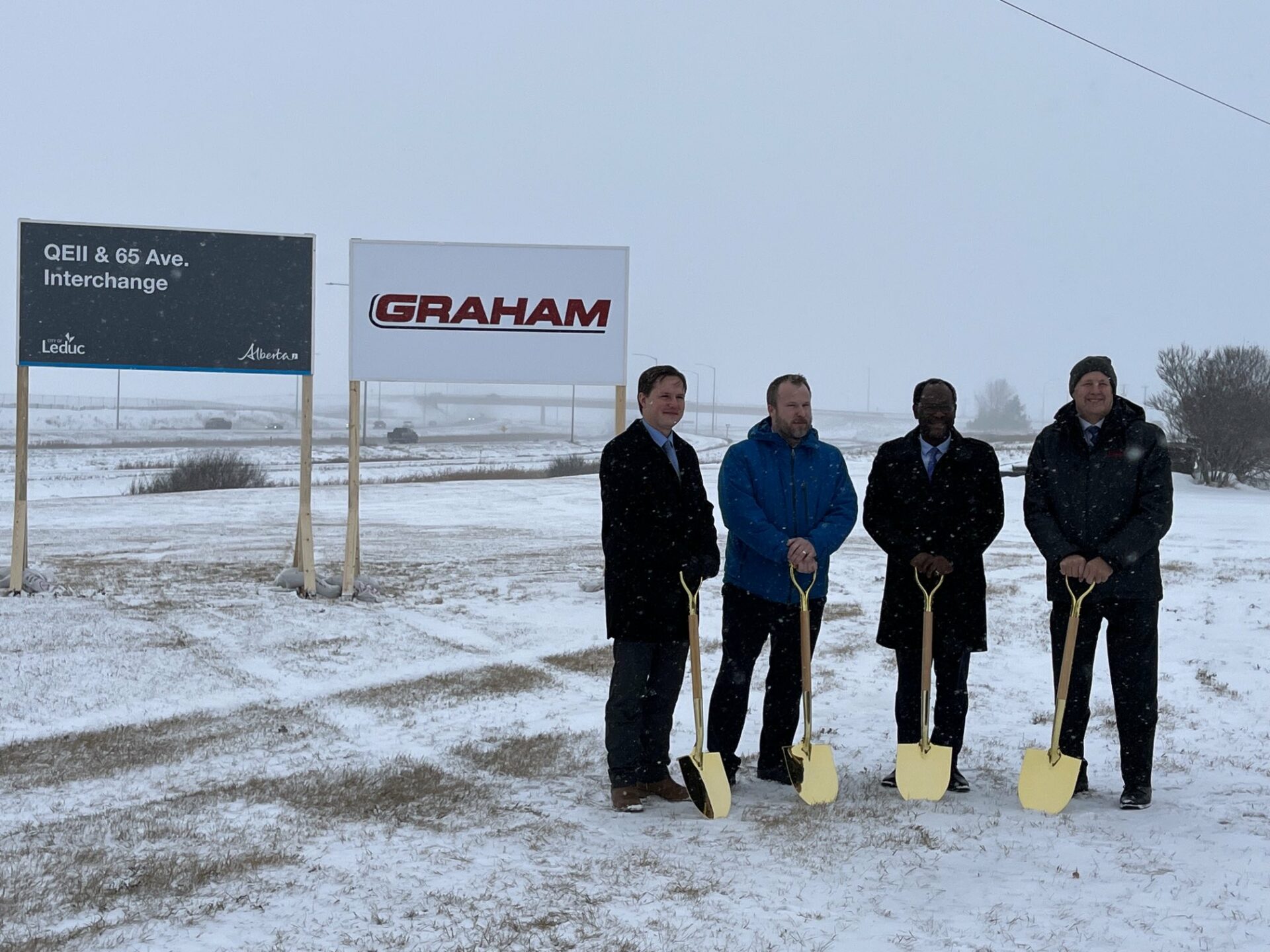 The Government of Alberta announced that construction is set to begin on a new interchange in Leduc near the Edmonton International Airport trade hub.

The project will drive economic momentum in Alberta’s growing warehousing and logistics industry by connecting one of the busiest stretches of highway in Alberta with the Edmonton International Airport and key cargo hubs, delivering safer, more efficient connections between the City of Leduc, the airport and area businesses.

“Work is getting under way. This is one of the busiest sections of highway in Alberta, and we’re going to help make it faster and safer to get around. It will take commercial and airport traffic off local roads. It will provide a better connection for Alberta businesses to the Edmonton airport, letting them get their products to the world a bit faster and a bit cheaper,” said Devin Dreeshen, Minister of Transportation and Economic Corridors.

Graham Construction LP has been selected as the successful proponent to build the major interchange at Queen Elizabeth II Highway and 65th Avenue. Construction is expected to begin in late 2022. The $112-million interchange will be cost-shared by the Government of Alberta and the City of Leduc.

“We look forward to partnering with the City of Leduc and Alberta’s government to deliver this critical infrastructure. The interchange will support safety and ease of movement of people and goods and Graham is proud to be part of the project that will bring significant and long-standing benefits to the community,” said Tom Cole, vice-president of infrastructure, Graham Construction LP.

In addition, the new interchange will add another route for STARS ambulance to ensure patients get the care they need when and where they need it.

“This project is a massive undertaking and we are confident that Graham Construction LP will deliver exceptional results. Once complete, the interchange will offer significant positive economic impacts and infrastructure upgrades that will benefit Leduc for years to come as we continue to grow and attract big business to the area,”  said Bob Young, mayor, City of Leduc.

The interchange is estimated to cost about $112 million, with a provincial contribution of $96.4 million and $15.7 million from the City of Leduc.

Construction is expected to take about three years, beginning in late 2022.