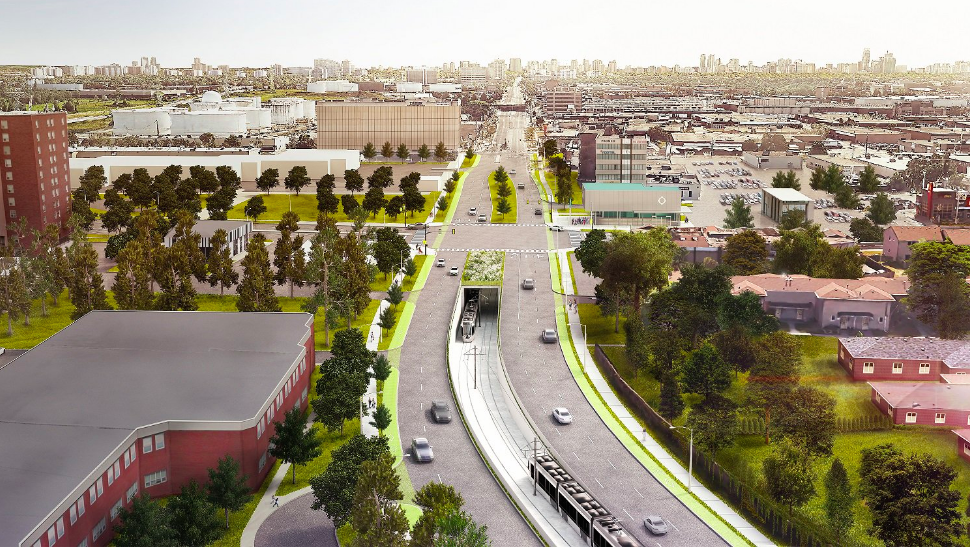 “The Finch West LRT project represents an exciting and significant investment in rapid transit for Toronto, one that provides vital connections to many transit services, linking the communities of Jamestown, Rexdale, and Black Creek with downtown Toronto,” said Phil Verster, president and CEO of Metrolinx. “It will transform how people connect with jobs, friends, and families. We’re very pleased Mosaic Transit Group shares that vision and will take us forward on this important project.”

Mosaic will be responsible to design, build, finance, and maintain the 11-kilometre LRT that will run in a semi-exclusive lane along Finch Avenue. This consists of a below-grade terminal stop at Humber College, 16 surface stops, as well as an underground interchange station at Keele Street that connects with the new Finch West Subway Station on the Toronto-York Spadina Subway Extension. The project also includes a maintenance and storage facility for the light rail vehicles and other required components, such as trackworks, signaling, communications, and public infrastructure.

As part of preparatory work required before construction starts on the Finch West LRT, Metrolinx began early utility works in 2016. With the contract now awarded, Mosaic, their subcontractors and suppliers will mobilize resources to begin construction in fall 2018.

Metrolinx and IO are working together to deliver the Finch West LRT, which will remain publicly owned, controlled and accountable. The Toronto Transit Commission will operate the LRT, under a separate agreement with the City of Toronto.