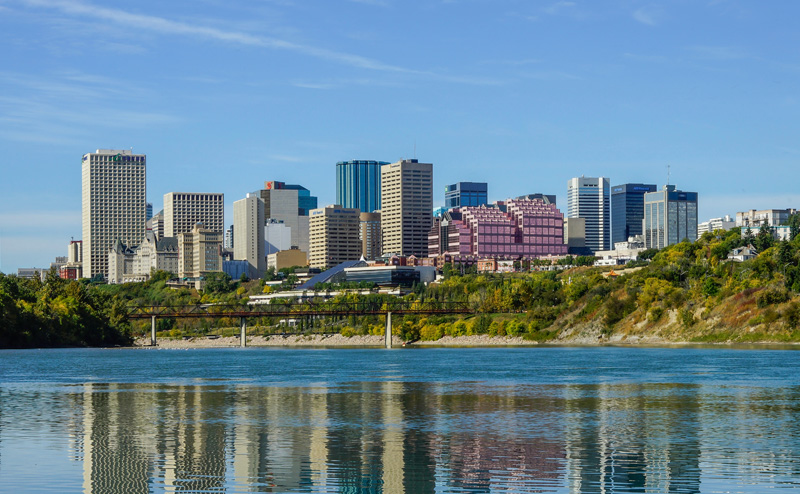 Grant funding for four new projects was approved by Executive Committee as part of the fourth round of the Affordable Housing Investment Program (AHIP). The $17.6 million investment moves the City’s commitment to 2,670 homes over the past four years, surpassing the original target of 2,500 units of new or renovated affordable housing by the end of 2022.

Three of the projects will be led by Indigenous organizations, with another by HomeEd, the City’s non-profit housing corporation. All four projects will be energy efficient and offer a range of unit types at a maximum rental rate of 80 per cent of the average market rates.

“These homes will offer a firm foothold to hundreds of Edmonton families,” said Mayor Amarjeet Sohi. “Because Indigenous people face barriers around housing due to intergenerational trauma, it’s especially exciting to see Indigenous-led organizations forging ahead with innovative projects that integrate cultural connections from the start.”

AHIP was created in 2018 as key tool to achieve Council’s affordable housing targets. Since 2019, $48.1 million has been committed to projects that will deliver 1,106 units of affordable housing. The grants have been instrumental in creating shovel-ready projects that can leverage support from other governments and partners. Eligible non-profit organizations and affordable housing developers receive up to 25 per cent of capital costs for a wide range of options within the affordable housing spectrum. To date, the projects have attracted $387 million in investment overall, more than $6 of outside investment for every City of Edmonton dollar.

“When the City offers consistent, predictable and early support, more affordable housing gets built,” said Christel Kjenner, director of Affordable Housing and Homelessness. “We all recognize that Edmonton’s housing gap is significant—one in four renters struggle—but by treating affordable housing as essential infrastructure, we empower thousands of Edmontonians to build a better future while simultaneously making our community as a whole more resilient.”

The grants announced represent the largest round of investments to date, and will be the last before Council sets new four-year affordable housing targets this fall.

Three projects will be located in Griesbach. Two of the sites have already received support from the Canada Mortgage and Housing Corporation through the Federal Lands Initiative, a 10 year plan that will provide up to $200 million to support the transfer of surplus federal properties to encourage affordable, sustainable, accessible and socially inclusive housing.

“The National Housing Strategy continues to ensure more affordable, accessible housing for people in need across Canada, including in Edmonton,” said Ahmed Hussen, Minister of Housing and Diversity and Inclusion. “As the result of partnerships between our government, the City of Edmonton, non-profits, and indigenous organizations, we are building new, sustainable homes in the Griesbach community—this is the National Housing Strategy at work.”

“The Federal Lands Initiative works to free surplus federal land for development of much- needed affordable housing,” said Randy Boissonnault, Minister of Tourism and Associate Minister of Finance and Member of Parliament for Edmonton Centre. “This $200 million fund, a key pillar of the National Housing Strategy, is working to bring more homes to those who are in core housing need in Edmonton.”

The projects represent a total investment of approximately $128.8 million:

HomeEd will receive $3.8 million for a $37.6 million project that will add five mixed-market townhouse buildings in Griesbach, with 43 affordable units.

“We, the Métis Nation of Alberta, are honoured to play a part in providing housing to hundreds of low-income Indigenous families in Edmonton,” said Audrey Poitras, president of the Métis Nation of Alberta. “To have a safe place where our community can gather and our families grow roots is an important step toward healing and reconciliation. As an Indigenous-owned and operated organization with 40 years of experience, Métis Capital Housing is ready and equipped to house our people.

“This housing project has been a vision of the tribal council leadership and staff for many years,” said Cameron Alexis, chief executive officer, Tribal Chiefs Ventures. “In collaboration with the City of Edmonton, we will now be able to empower our people to find a safe place to call home, build their self-esteem, and provide the safety and support they need to achieve their aspirations.”

“This project will provide safe, secure, stable housing and culturally appropriate services, fostering self-reliance and social integration for our members,” said Cynthia Rain, project manager, Paul Band Property Management. “Our organization and Chief and Council support this project and thank the City of Edmonton for their teamwork on this project.”