EllisDon’s Western Civil Group recently separated out from under the Buildings Group umbrella to operate as a separate entity and region serving Alberta and British Columbia.

Currently headquartered in Mississauga, Ontario, EllisDon, is an employee-owned, $5 billion-a-year construction services company that has grown exponentially beyond its modest origins in London, Ontario. With over 5,000 salaried and hourly employees across 15 national and international offices, the company has become a leader in the construction industry.

The new group will be led by Colin Hill, who becomes vice president of western civil. Hill is a 20-year veteran in civil construction and will work with a hand-selected team of industry experts. Over the past five years, Hill has been actively developing the Western Civil team under the Calgary Buildings Group with the intention of becoming an independent entity at the right time.

“I am incredibly excited to lead our deeply talented Civil team as we take on our own area of responsibility in Western Canada. I am very proud of the Civil team we have built over the years, and our achievements as a group in a short period of time are an indication of even greater things to come,” said Hill. 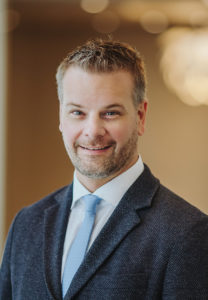 The group will focus on transit, infrastructure, environmental, and small civil projects and will operate out of EllisDon’s already established hub centres in Western Canada.

“Our team is focused on collaboration with the Buildings groups in Calgary, Edmonton and Vancouver and we commit to work collectively in these areas to deliver a broader range of construction services and market share,” added Hill.

Featured image of EllisDon’s Edmonton Valley Line Light Rail Transit (LRT) project, the largest infrastructure project in Edmonton’s history. The Valley Line LRT is a significant part of the City of Edmonton’s transportation plan and will cater to the demands of one of Canada’s fastest growing cities.