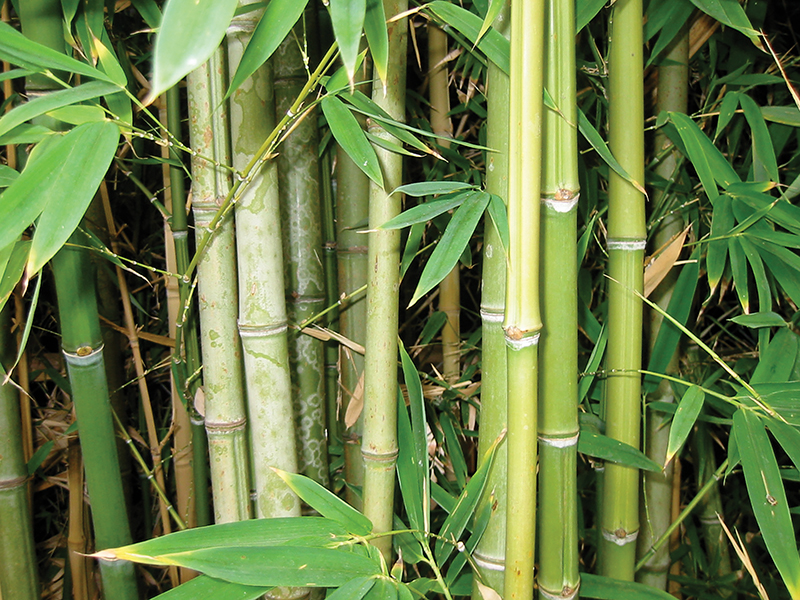 The materials that we use to shape the built environment are largely human produced—and it can be easy to forget that all the ingredients that go into those materials come from the earth. Materials production in 2021 is the greatest burden on the planet, destroying large swathes of the natural environment, producing mountains of waste and generating vast quantities of harmful emissions, including carcinogens, poisonous byproducts, and of course, global warming gasses. Production of materials is not just causing emissions, but reducing the capacity of natural systems to remove them from  the atmosphere.

As Canada strives towards its net zero targets in the decades ahead, how will the production of materials for the built environment find ways to reduce its carbon footprint?

The most effective method to reduce the emissions from construction materials doesn’t come from materials technology at all; it comes down to planning. After all, the most sustainable building is the one that is never built.

In the early 1970s, the Earth Day movement introduced the three Rs to the general population: reduce, reuse and recycle. These are still applicable today. But instead of focusing just on waste, we need to apply them to consumption.

It’s also important to remember that they are hierarchical goals. Much of the emphasis has been on recycling, but before that, we should reduce consumption and reuse items as much as possible, recycling the (hopefully) little that remains. This is important because even if we decarbonize our materials completely, we are still facing the collapse in biodiversity caused by excessive consumption, so the number one goal should be to use what we already have. There is a general misconception that technology will save humanity, typically with some sort of carbon dioxide sucking machine or geoengineering,  but technological fixes are not enough to solve the problems we face which, at its core, is a crisis of overconsumption.

We see some cities adopting carbon efficiency measures, and for embodied carbon the City of Vancouver has committed to a 40 per cent reduction in kgCO2 e/m2 by 2030. This is a great step and should be applauded. However, if the city keeps on growing, we risk nullifying the impact of the action. What we expect to see in the carbon constrained economy is an implementation of carbon budgets, which will force planners and developers to prioritize refurbishing and repurposing existing assets.

The other big change occurring is increased renewable energy and electrification. Saul Griffiths’ ‘Rewiring America’ analysis of the U.S. estimates that electrification of everything would reduce emissions by 40 per cent. With the price of renewables already below existing fossil fuel with further falls to come, the switch to renewables will be rapid. Materials emissions will fall thanks to electrification of industry and transport, so long as electricity is produced by renewables. Canada already has some of the cleanest electricity in the world and should be leveraging this advantage to produce low carbon materials for export. The Elysis pilot in Quebec is already producing zero emissions aluminum and Wanipigow Glass in Manitoba is expected to begin producing low emissions float glass in 2022.

We should be proud of the Canadian government for implementing the carbon tax, which will be a driver for decarbonizing materials, and will position Canada well in a carbon constrained global economy. However, the government also has a massive role to play in providing a just transition for workers in climate exposed industries, including fossil fuels, petrochemicals and forestry. Innovations in new materials and resource flows can support these actions.

Increased integration of low embodied carbon materials will help reduce emissions, but must be considered early in the design phase of the project. However, it’s also important to recognize that mass timber materials, the use of which are on the rise in Canada, need to come from sustainably-sourced plantations versus old-growth forests. Old growth logging is the largest emitter of carbon in Canada, not only due to slash burning, but the loss of soil carbon stores, and arguably the increased risk of forest fire and beetle infestation due to logging. Balancing social and environmental needs is not going to be easy, and protecting the old growth forests in the long term needs well thought out incentives to prevent land clearing for other uses.

There is a movement to store carbon in building using biogenic materials, timber being the most familiar and ancient building material. However, when a tree is felled only roughly 20 per cent of the timber makes its way into long term use as furniture and buildings. A better strategy is using short rotation crops—Canadian researchers including Geoffrey Guest and Chris Magwood have shown how building materials made from agricultural waste from grains and cereals can sequester carbon for as long as the products are in use. If manufacturing emissions are minimized this is very promising for the building industry, and could be a boon for producers in the prairies.

Solutions for reducing the embodied carbon of the big emitters of steel and concrete are desperately needed. In Germany and Sweden, hydrogen-reduced steel is being piloted and should eventually lead for zero emissions steel once the green hydrogen supply chain is established. Alkali-activated materials to provide low carbon concrete are well into development, and in fact have been used in various formulations since at least the 1930s. Alternative cement replacements like ground glass and volcanic tuff are also being adopted in various regions. Another promising area is a return to more traditional building materials, straw bale, hempcrete, adobe and rammed earth are great materials with long histories using locally sourced inputs with very low emissions, again Canadian researchers and innovators are leaders in this field.

There is exciting research about using microbial grown cements, artificial photosynthesis for organic chemistry, genetically engineered crops to produce high value fibers like spider silk, and producing carbon nanotubes from atmospheric CO2.  As these technologies develop from bench-scale to commercial-scale production, they all can further reduce the emissions associated with building materials.

We need to ensure that our built assets are sufficiently durable, maintainable and ultimately reconfigurable to reduce future demand for materials. Part of this involves using a unified system for capturing design information, tracking construction and procurement, through maintenance and ultimately to disassembly—BIM and digital twins are tools we can use today to make it easier for future generations.  By taking steps to improve the circularity of the materials economy, using buildings as “materials banks” and incorporating design for disassembly and reuse, there are real measures that designers can implement today to reduce resource use in the future. For the very hard to decarbonize materials like concrete, these strategies can help.

Making the necessary adjustments to reduce emissions towards net zero in materials production will not be a simple feat,  as they’re as difficult obstacles to overcome in the process.

Most of the challenges are to do with bureaucracy, establishing supply chains, allowing flexibility in engineering standards, and upsetting the status quo. Lots of incumbent producers have invested massively into their production pipeline. Resource extraction and transportation emissions are not entirely within the industry’s control, and manufacturers need to demand more sustainable supply chains to improve their products.

Greenwashing also remains a risk, as companies may overstate the emissions reductions they are achieving. There is a risk that this could happen, both in the production and extraction of materials.

In the rush to create greener materials for the built environment, there is also the risk that products could be brought to market before they have a proven track record. This has occurred before, polybutylene water pipes as an example, where unproven products have been rushed to market before adequate testing. To ensure lower emissions products are widely adopted by the industry rigorous testing programs are required.

It will take changes from governments at all levels to meet the demands of reducing carbon emissions in materials processing and production. It will also mean that companies already entrenched in these industries will have to make significant adjustments to their operations, something that may require legislation to enforce.

With low carbon grids already in place British Columbia, Manitoba, Quebec and Ontario, Canada is poised to be a global leader in the production of low carbon materials.

Prioritizing embodied carbon reduction on our projects gives us the best chance—this needs to be front of mind during the conception stage. As engineers, we can take a leading role by developing performance-based specifications that target low embodied carbon, and using novel materials in non-critical areas so that long term performance data can be gained to improve performance and confidence.

Will Nash is the team lead – materials performance for WSP in Canada.