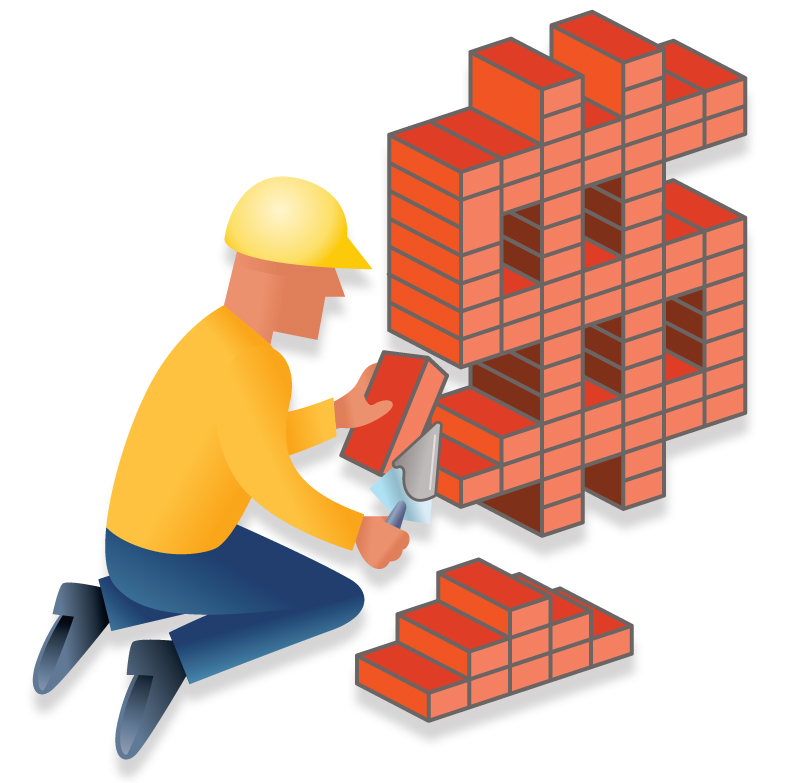 The number-one question asked at every construction industry function is whether government plans to bundle. Project bundling, or combining a number of smaller projects into one larger project under a single contract, is an emerging delivery method that has been getting a lot of attention in Canada. The buzz around bundling has stirred up strong emotions, and the debate has been clouded by speculation and misinformation.

Provincial governments, agencies, school boards, and other public-sector bodies hear from advocates of bundling about the enormous cost saving it can help them enjoy. Politicians and public administrators are understandably attracted to such colourful promises of impressive savings.

Deloitte’s recent report for the B.C. Ministry of Education and School Districts is a high-profile example of commodity-purchase thinking applied to the construction industry. Entitled Service Delivery Transformation, the study identified opportunities for reducing costs and enhancing service delivery in the province’s school sector. One recommendation was to bundle projects into larger tranches “to reduce costs and create a more competitive procurement process.” This approach was suggested to include and cover new schools, replacement schools, and seismic upgrade programs.

With respect to the estimated reduction in costs, no empirical data or historical evidence was provided. Deloitte also did not address the larger costs associated with the local economic impact on the regions where this work would be undertaken. However, Deloitte did understand the importance of carefully looking at each proposed situation and making a specific business case for the use of project bundling.

Through the work we undertook to prepare our report, Fact or Fiction? Dispelling the Myths about the Bundling of Construction Projects (download PDF at bit.ly/BundlingReport), we found three fundamental problems with the rosy forecasts that advocates of bundling try to advance.

Despite bold predictions about staggering savings made by bundling proponents, there are simply not enough facts to support those assertions. Deloitte, in its report, said “the detailed business case for each opportunity should be developed prior to using the estimates outlined. […]This data has been assumed to be accurate and wasn’t subject to detailed verification except where outliers appeared in the data.” Detailed analyses may well prove that actual savings in specific cases may very well not measure up to the initial optimistic estimates.

Contrary to the views of proponents, the assertion that bundling of projects into one large contract increases competition is flawed. Research points to exactly the opposite conclusion. A World Bank report called (Un)Bundling Infrastructure Procurement: Evidence from Water Supply and Sewage Projects points out that there are concerns that project bundling reduces competition.

Is less competition a legitimate concern? According to the law of the United States, the answer is yes. Legislation now constrains the ability of the federal government and its agencies, limiting bundling to “necessary and justified” projects. Interestingly, the definition describes circumstances in which previously smaller contracts had been consolidated into one large contract. In the case of construction projects involving new construction, the argument has been successfully made that the definition does not apply, so for this reason, further amendments to address the issue have been proposed in the current congress and expressly include new construction. The passage of these proposed amendments is pending.

Through gathering testimony, the United States’ Office of Federal Procurement Policy has looked at strategies to mitigate the negative effects of project bundling. One strategy gave evaluation points or greater credit to bidders that identified small business teaming partners or other small business contractors (SMCs) in their proposals. Even those SMCs who received subcontracts were hurt by the bundled procurement. Specifically, the SMCs were beholden to the large prime contractor and sometimes had to perform the work at a lower rate than their original prime contract with the government, or their work was actually reduced. The concerns over bundling that have led to these legislative controls in the United States could apply to Canada. Americans believe bundling is a serious problem. Why would Canada be so different?

On the issue of increasing competition, the Deloitte report stated that the project scale has to be large enough to attract “larger, national/international construction firms.” This approach could exclude smaller contractors. In fact, the report recognized “reduced local participation by contracts” as one of the “costs” of this approach.

When considering the consequences of project bundling, decision-makers need to be much more vigilant about assessing the true ramifications. Bundling should only be an option when the facts clearly support the approach. In any case that proposes project bundling, the public owner should prepare and present a sound business case to industry stakeholders, including a detailed costing analysis. If the project proceeds, the owner should conduct an independent comprehensive review and forensic audit to establish whether or not the project achieved its predicted outcomes. In other words, public owners should prove rather than simply assume the benefits of project bundling.

Moving in the right direction

Requiring local contractors to participate in the work can help alleviate the consequences for SMCs, but mitigation strategies may be limited in effect, or raise contracting and costing concerns. Nevertheless, encouraging public owners to implement local knowledge requirements at the procurement stage will help sustain domestic capacity in the construction industry.

Based on our research, we recommend these principles govern public-sector project bundling in Canada:

• Given the potential negative effect on SMCs, and the corresponding lessening of competition, bundling should be the exception rather than the rule.

• Prior to proceeding with a bundled project, the public owner should be required to present the business case for it, including a thorough market study with credible supporting data.

• When bundling is proposed, the public owner should notify industry participants and engage in meaningful consultations about the approach and its suitability.

• The public owner should obtain and publish an independent comprehensive review and forensic audit after completion of the project to establish whether predicted outcomes were achieved.

With the implementation of these measures, project bundling may still proceed but only in the appropriate circumstances. The negative effects on industry can be minimized and, wherever possible, avoided altogether. This balanced approach to project bundling would meet the concerns of all stakeholders and promote the growth and prosperity of SMCs and local communities.

Stephen Bauld is the CEO of Purchasing Consultants International in Burlington, Ontario, and Glenn Ackerley is a partner with WeirFoulds LLP based in Toronto.