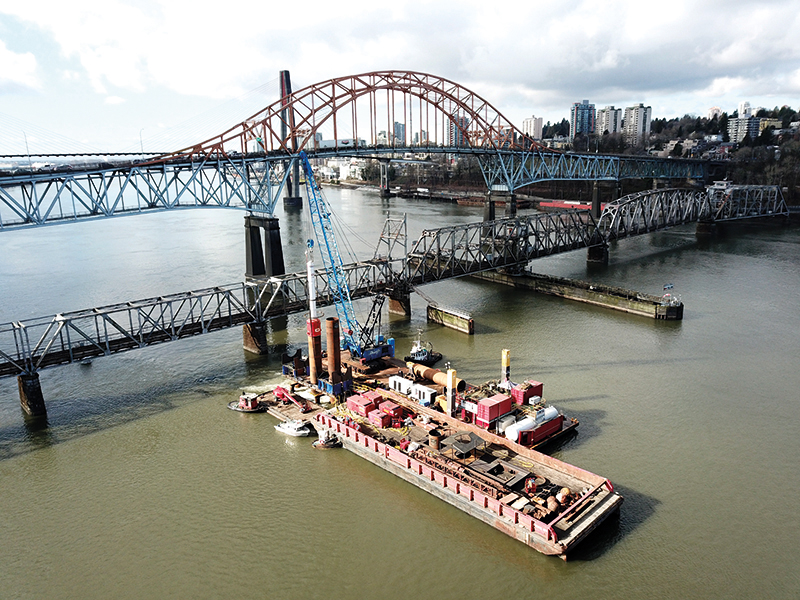 The link between procurement type and  financial performance

With the average size and frequency of large civil infrastructure projects, such as highways and bridges, jumping significantly over the past decade, the financial results on these projects for many contractors has fallen dramatically, according to the results of a recent study from surety provider Travelers.

“As infrastructure spending in the U.S. and Canada continues to catch up and the number of large civil infrastructure projects increases, contractors will continue to make choices about where to invest their capital and about which projects to bid on and which to pass over,” says Ray Bassett, VP and strategy officer for Travelers construction services. “Where companies can see a well-developed design or have control over the design process before fixing a price, they will see opportunities for a fair return.”

However, says Bassett, some companies are concluding that that investing their capital in this space is something they are not prepared to do. “So, you see in the marketplace contractors withdrawing from these types of projects—they will just not bid certain works.

“It starts to explain some of the behaviour you see in the marketplace, where there are not enough bids on some projects.”

“In recent years where that return has not been available on large civil work in some markets, we’ve seen companies step away from large design-build and P3 infrastructure work given the high risk and poor returns. Outliers sometimes enter the market and provide capacity for a period of time, but we’ve seen that the model where contractors are asked to fix a price based on an underdeveloped design is likely not sustainable in the large civil space.”

According to Bassett, the study was undertaken due the recent increase in infrastructure stimulus in both Canada and the United States since the beginning of the pandemic and the company’s unique view of the North American construction industry. Travelers provides surety credit to contractors in Canada, the U.S. and select international markets.

“We have a very wide lens on the marketplace,” he says. “Our clients range from small family-run businesses to multi-national companies with tens of thousands of employees and that gives us a unique view—here are very few large infrastructure projects that we don’t get some view of.”

The biggest takeaway, according to Bassett, was that there was a very close correlation between the procurement method for a project and the financial outcome for a contractor on that project.

The study found that on design-build-finance-operate-maintain (DBFOM) projects over $250 million, contractors, on average, did not achieve an acceptable return and could not cover overhead on nearly half of the projects. The result on design-build was only slightly better. While there have been successes, the study found that, on average, Public Private Partnerships (P3s) have been a losing procurement method for contractors.

Considering that some contractors looking to reallocate capital from underperforming types of projects, there’s been a move recently to more collaborative procurement models where project owners, designers and contractors work to develop the design well before pricing is committed.

Collaborative procurement models, such as progressive design-build, integrated project delivery (IPD) and the Alliance model, are recent developments, that are intended to be more collaborative. They all involve different approaches to re-aligning the sharing of risk, and the timing of design development and fixing of price and schedule. Whether these procurement models will improve financial outcomes for contractors and owners is an open question; it’s too early to say. There just isn’t enough data yet, says Bassett.

“It’s early days on these models, but they do start to get at the problem of pricing an incomplete design and some other imbalanced risk allocation on these projects. It’s not ideal when the design is only 30 per cent complete and the price and schedule are being fixed.

“People aren’t saying it has to be one hundred per cent complete, but 30 per cent is not enough,” says Bassett. “The more well-developed the design, the more accurate that pricing and scheduling is, and the better the overall performance and experience for all parties on the job.

Public owners, consultants, and contractors need to continue to explore procurement models that provide value for money for all parties, including the contractor.

Says Bassett: “Better and earlier collaboration will, we think, improve the experience for everyone.”

Featured image: The new $1.377 billion Pattullo Bridge Replacement project is a four-lane toll-free bridge scheduled to open in 2024. The existing bridge will remain in use until the new bridge is open to traffic. (BC Ministry of Transportation and Infrastructure)