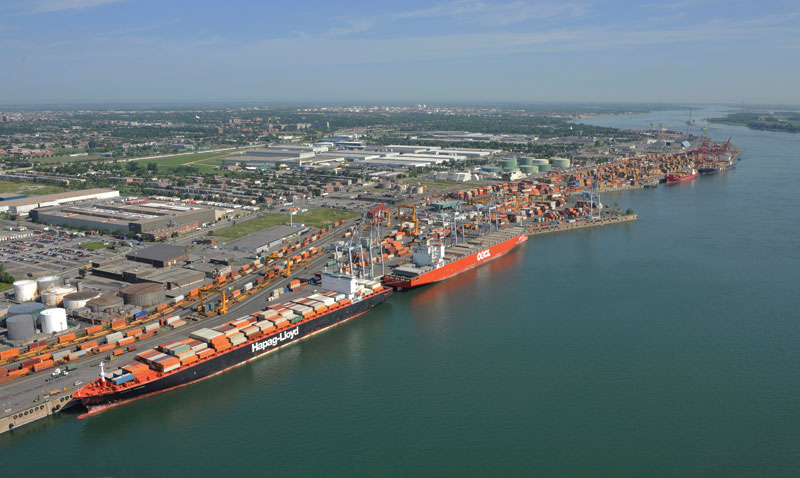 When a consortium took control of Montreal Gateway Terminals from Morgan Stanley Infrastructure Partners earlier this spring, the price tag—about $650 million—attracted attention. As did the port facility itself, since there are not that many trophy assets in Canada trading hands. And the players were well-known financial institutions—Desjardins, Manulife, and Industrial Alliance.

The deal’s prestige, price, and participants were all newsworthy. But overlooked in this transaction, at least in the mainstream press, was the role of smaller pension investors. The consortium leader, Fiera Axium Infrastructure, manages infrastructure funds whose primary participants are small to mid-sized pension funds seeking a way to get into the infrastructure space.

The move into infrastructure reflects a shift in pension plan thinking. The traditional portfolio, a 60-40 split between stocks and bonds, has not weathered well against the storms of the 2000-’02 dot-com crash and the 2007-’09 financial crisis. Both pushed pension plans to consider alternative investments: hedge funds, private equity, real estate, and infrastructure.

Yield is one reason pension plans are investing in infrastructure. Long-term government bonds currently offer a return of roughly two per cent. “If I’m a pension plan and I need to come in with an all-in eight-per-cent return to pay my pensions, I can’t rely on government-issued traditional fixed income to be that catalyst,” said David Rogers, a partner at Caledon Capital Management in Toronto.

Another attraction is that some types of infrastructure tend to throw off a cash flow that rises over time. “There’s a partial inflation protection in a steady income,” said Julie Cays, chief investment officer at CAAT Pension Plan in Toronto, which invests $8.5 billion to secure the pensions of 40,000 current and retired college employees.

But there are other advantages. Pension plans have long-dated liabilities, and those liabilities are growing. For example, teachers now spend more time in retirement than they did in the classroom. Infrastructure assets—for Cays, the average holding period is 10 years—have a duration profile that more closely resemble a plan’s liability structure. Asset-liability matching has grown considerably in pension plan thinking over the past decade.

To sum up, infrastructure “matches long-term liabilities,” Rogers said. “It’s got yield to it as part of the return component—often infrastructure is a combination of yield and capital appreciation—with lower volatility because these are often mature assets, so they are not as correlated with the public markets. So for all these reasons, you’re starting to see many Canadian plans, starting with the big guys 10 years ago, and now a lot of the smaller and mid-sized plans, saying we should include infrastructure in our mix as a partial replacement for some of this fixed-income allocation.”

Typically, pension funds target a five-to-10-per-cent allocation to infrastructure, according to a recent survey by Caledon Capital Management. “One of the beliefs is that if it’s too small—say, if it’s three per cent—it doesn’t necessarily move the needle,” Rogers noted. “Most plans, when they start making an allocation, may start at five per cent, but as they get more mature, they may want to crank that allocation up to 10 per cent.”

The CAAT Pension plan currently has five per cent of its assets invested in infrastructure, with a target of 10.

By contrast, for the Halifax Regional Municipality Pension Plan, the allocation is not fixed. “We are an opportunistic investor,” CEO and CIO Terri Troy said, “and will compare private debt versus infrastructure versus real estate and sometimes versus shorter-term private equity to see which opportunity will give us the best risk-adjusted return net of fees.” Currently, Halifax has approximately 11 per cent of its assets in infrastructure. Halifax manages $1.6 billion for 10,000 plan members.

Smaller pension funds tend to rely on consulting firms to guide them to infrastructure funds, said Anne-Sophie Roy, VP of investor relations at Fiera Axium Infrastructure in Montreal. “Depending on their size, they would go through an advisor, such as AON, Mercer, [or] Eckler,” she said. “So for example, a company like Eckler would be mandated to look at their various sector funds in the marketplace, and they would recommend funds to their clients and we would typically be asked to participate in an RFP (request for proposals).”

Fiera Axium currently has two funds available to accredited investors, with investments ranging from the Highway 407 bypass north of Toronto to renewable energy.

CAAT has investments with 12 funds. Halifax has 12 infrastructure investments, of which six are funds, two of which were bought on the secondary market at a discount.

For some investors, funds can be a pricey proposition, but everyone starts somewhere. Canada’s major pension funds began with investments in funds until they developed the in-house expertise to go it alone—which is also a cost centre, since top talent does not come cheaply.

“You can do a ‘co-invest’ on your own,” Halifax’s Troy said. “If you’re in a fund with a general partner, the fund manager will call out and say that ‘I have this investment, we want to put it in the fund, but it’s too big for the fund.’ ”

But smaller funds are also beginning to team up on their own to do deals. “There could be a lead advisor that the club has hired to really spearhead it and do all the project management, “ Troy added. Halifax has done three co-investments and three club deals. “You tend to reach out to the same group because you’re just comfortable working with them.”

Caledon has picked up on this opportunity. “When I was at OMERS, we were approached by a number of small and mid-sized plans on the private equity side,” Rogers said. “And initially they said that ‘we would like to do more direct investing, we would like to access opportunities, we’re short of staffing, so can we piggyback on what you’re doing?’ ”

Compared to countries like the United Kingdom and Australia, the infrastructure space in Canada is limited. Most utilities remain in government hands while pipelines and gas plants tend to be owned by energy companies. There are concerns that the space is attracting perhaps too much attention.

For CAAT, a decade ago, “it was the least crowded space in the so-called alternatives then because the Americans hadn’t discovered it.”

But valuations aren’t what they were. “We see valuation prices go up and net returns come down,” explained Asif Hussain, a partner at Caledon. “Is the space getting crowded? That is one of the two factors at play.”

For her part, Troy said Halifax is “always looking at opportunities, but passed on the last few due to high valuations. We only did one infrastructure deal in 2014. There is a lot of money chasing deals.”

But there’s still good value for smaller pensions plans, Rogers explained. “If you can participate not only in large deals, but medium and small deals like we do, some of the smaller deals […] are a little less competitive because the larger pension funds, they want to invest $500 million in a transaction. And if all the equity that’s needed on a smaller deal is $100 million to $300 million, there could be an opportunity, especially if it’s a bit of a value-added asset.”

Scot Blythe is a freelance writer based in Toronto.