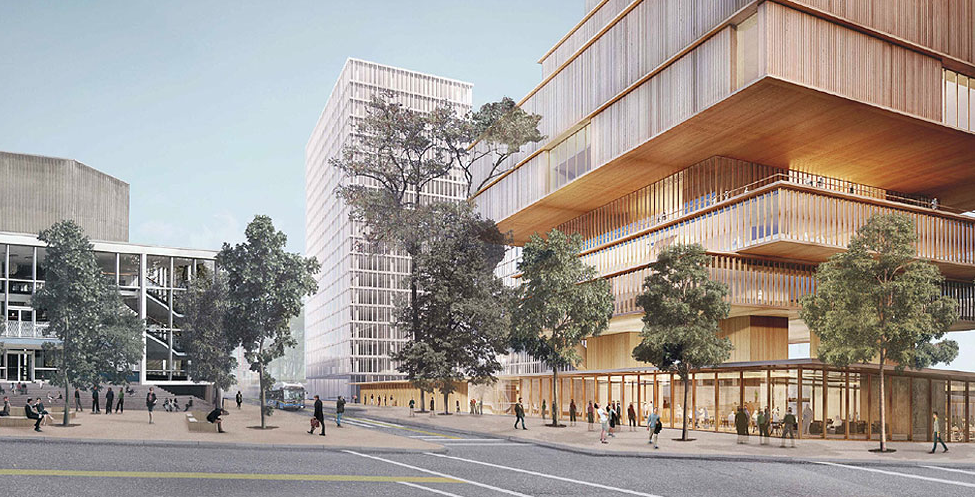 As the coronavirus outbreak deepens and inflicts a tragic toll, economies around the world are being flattened with unprecedented force and speed. Governments are advancing emergency aid and stimulus packages to respond to the immediate health crisis and prevent economies from stuttering to a halt.

The global community has been badly shaken, but already, there is a determination to emerge from this stronger: to rethink how we do things and reboot. For the infrastructure industry that means asking questions such as: How can we make populations more resilient to global shocks ahead? Can we approach what we design and build better?

Of course, the scale of what’s required is immense. The U.S. government has responded with a $2.2 trillion package, the largest federal relief effort in U.S. history. Underscoring the magnitude of the challenge a further stimulus package – possibly even larger – is already in the works, including major infrastructure investment plans.

In Asia, where the outbreak began, record stimulus packages have been announced in Japan, Singapore and South Korea, while Australia’s efforts to date amount to one tenth of its economy. China has signalled a bigger stimulus could be on the way. Meanwhile, European Union leaders are working on a collective response. Italy, France and Germany have laid out their own relief efforts ranging from €25-50 billion, and Spain is planning the biggest financial mobilization in its democratic history. The UK has already promised to pump more into its economy than during the decade-old financial crisis.

Despite these best efforts, financial markets remain skittish, fearful of how much this will cost. It is impossible to predict the full economic impact of the coronavirus because we still don’t know how long we will have to fight it, and how much resources the effort will consume. The IMF expects the GDP growth for 2020 to be negative, with “a recession at least as bad as during the global financial crisis or worse.”

It is likely that additional stimulus packages will be required, beyond those already announced. Underneath the headline figures will come important choices about how to spend that money. Those decisions will impact the speed and depth of recovery, influence the longer-term health of our economies, and begin to define what our new normal is likely to be once the coronavirus is abated – hopefully for good.

A time-honoured way of providing an immediate lift to economies is to fund infrastructure. The injection of income leads to more spending, which creates more income and so on – the so-called ‘multiplier’ effect. A study for Business Roundtable, an association of chief executive officers of America’s leading companies, found modernizing our highways, bridges, airports, and waterways will produce big returns. Every $1 invested in infrastructure returns roughly $3.70 in additional economic growth over 20 years, the modelling study by University of Maryland showed. That’s nearly a 4:1 ratio of return on investment. During a recession, infrastructure investment is often deficit financed meaning it can have an even greater effect.

At the same time, spending on infrastructure boosts economic prospects in the medium and long-term through much-needed improvements to facilities and connectivity. In the U.S. current infrastructure spending at federal, state and local level is at an all-time low and is already insufficient to meet both maintenance and expansion needs. The $4.6 trillion backlog of deferred projects is estimated to be limiting economic growth by $3.9 trillion over the next five years.

After the 2008 financial crisis, the U.S. economy bounced back faster than Europe, in part because its financial stimulus was larger – with 14 percent of funds earmarked for infrastructure. However, despite its relative success, the American Recovery and Reinvestment Act (ARRA) had its weaknesses, the most cited being its failure to limit unemployment. With the U.S. unemployment rate forecast to exceed the 10% level experienced in the 2007-2009 Great Recession, policy makers should consider increasing spending on infrastructure projects, particularly those that will add the most jobs. On average, $100 billion of infrastructure investment adds one million jobs – more if the projects are transport-related because of the knock-on effects of a more efficient economy.

Another criticism of ARRA was that the infrastructure it funded was supposed to be “shovel ready.” As President Obama admitted to the New York Times in 2010, it wasn’t possible to get started immediately due to the pipeline process of approvals, the design to ensure environmental requirements, and the need to ensure that fair contracting practices took place. Most took at least six months to get off the ground.

Policy makers have an opportunity to learn from ARRA.  To ensure the money is well spent, we have three recommendations:

When stimulus funding becomes available, it will be most impactful if a comprehensive infrastructure stimulus program can help guide priorities – a program that channels the same ingenuity driving today’s healthcare response into new thinking to address our nation’s disrepair and build infrastructure for the future.

While immediate payouts are needed to keep households and businesses afloat, infrastructure spending provides one of the greatest returns on investments in the longer term. Incorporating a full asset lifecycle approach that balances shovel ready projects with more strategic priorities, we can help make our urban centres more resilient to global shocks such as climate change and urbanization. With the right choices we can create a more sustainable future for a global population that has been burdened by weeks of keeping physically distant, to help us come together to rise above this tragic period.

After the devastation of World War II, the world enjoyed an economic boom financed, in part, by the massive need to rebuild large swathes of Europe and to support suffering economies elsewhere. Despite unprecedented hardships, some of the greatest public works projects in history began in this period – from the UK’s New Towns program, that saw the construction of over 20 entirely new settlements, to President Eisenhower’s new Interstate Highway System. The legacy of such projects should serve as an inspiration to today’s policy makers of what they can achieve.

This article was taken from AECOM’s upcoming annual thought leadership report, The Future of Infrastructure. To learn more about the report, click here.

Power to the Rails